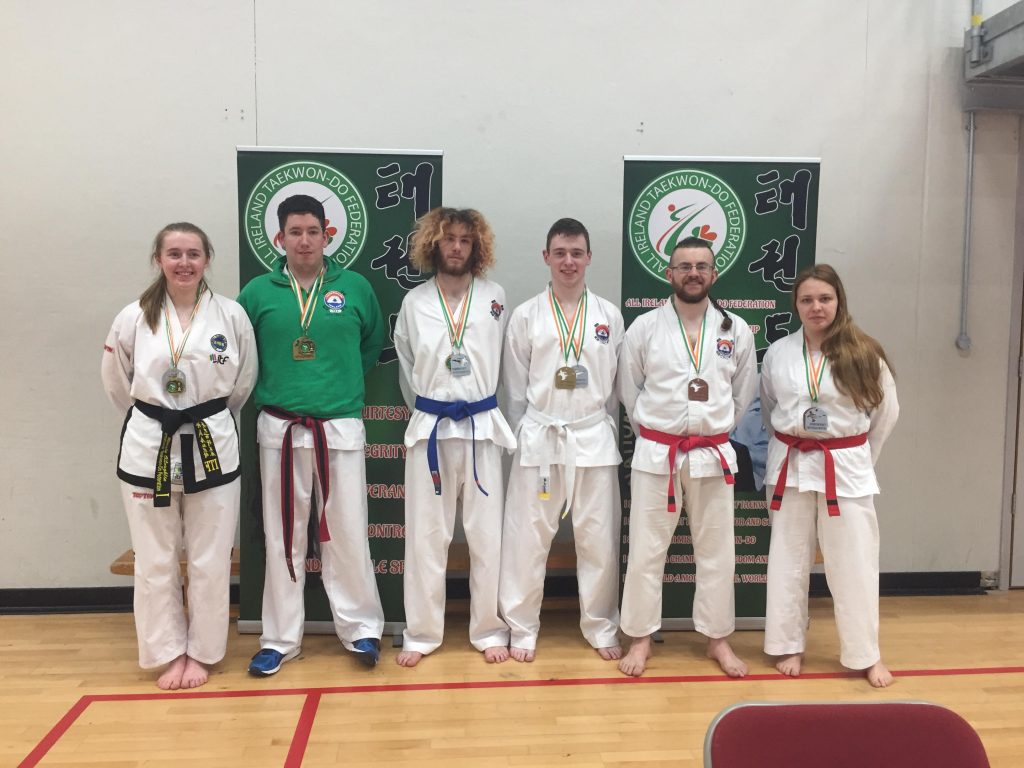 On Saturday 23 February, six members of NUI Galway Taekwondo travelled down to the Mardyke Arena in Cork to take part in the Taekwondo Intervarsities, hosted by University College Cork. The team did well throughout the day, walking away with 14 medals: five gold, four silver and five bronze.

Their success didn’t end there, however, as Agata Rzeznik then went on to also get bronze in the female green belt to black tag category in patterns. Christopher O’Brien also saw success in the male white belt to green tag patterns, walking away with another silver medal for the club.

The team also walked away from the sparring section of the competition with a few well-deserved medals. Agata walked away with silver medal in the female blue to red belt category, after a tough couple of fights, only just losing out by a matter of a few points. Christopher had great success in male white belt to green tag sparring, walking away with gold after a very intense final fight.

Roisin, Aaron and Nathan made a team of three for the team patterns division taking home gold, breezing through the rounds and winning a decisive victory.

Our other team made up of Agata, Christopher and Cathal competing in this category also made fine progress through the rounds, finally losing to UCC in the semi-finals, placing them in third place. It was an action packed day with the team walking away with a well-earned haul of medals.