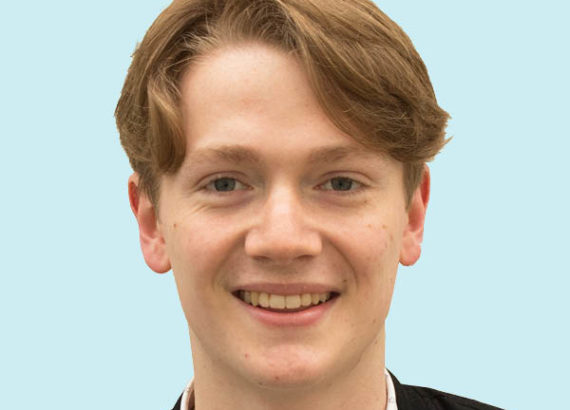 Rían McKeagney, Convenor for the College of Arts, Social Sciences and Celtic Studies, is a second year Arts student. Reflecting back on the year, he says he thinks the most rewarding part of the role for him is “doing work that’s worth doing for people you care about.”

“Also the relationships you build from it, because you meet a lot of like-minded people and kind people who you share a lot with. It’s just really rewarding to have those relationships.”

“Some of the bureaucracy that goes with dealing with the university is frustrating. You have to go through so many phases to bring something that students want and need, and that takes so much approval. Once it gets to a certain stage, you don’t have too much more influence as a part-time officer.”

“I don’t know would I have done anything differently, but knowing the nature of the role because it’s only one year, it takes you a while to learn your role and to learn what you can do. I think I would have done it better if I had the experience I have now when I was going into it. I would have hit the ground running as I would have been able to more proactively do the things that I have been doing and I want to do.”

Rían says getting the advice of your predecessors is key when running for a Convenor role. “First of all, I would say talk to as many previous Arts Convenors as you can to know the role and talk to education officers. Then, I think organisation is key for any role and if you know what you’re going into and you’re organised, you can really make an immediate impact.”

When asked if he has fulfilled all of his campaign promises, Rían says no. “I haven’t yet, but I am working on further points of my manifesto. There are things in the works about fulfilling those points. I have a few months left to do it and I intend to get them done.”

When asked for a comment about the BA Connect courses which have caused a number of problems for students, Rían is hopeful that changes will be made.

“I’m really happy to say that we have been making a lot of progress on it. We’ve had a consultation with Kathy Reilly last week, who is the Associate Dean of Undergraduate Studies, and we’re having a further consultation in the coming weeks.”

“The ball is finally rolling on it and I’m confident that change is going to come from it, and that it is something that the Dean wants to examine and to change and improve. So, there’s a lot of positivity and potential for change, and I’m really happy that has been started.”