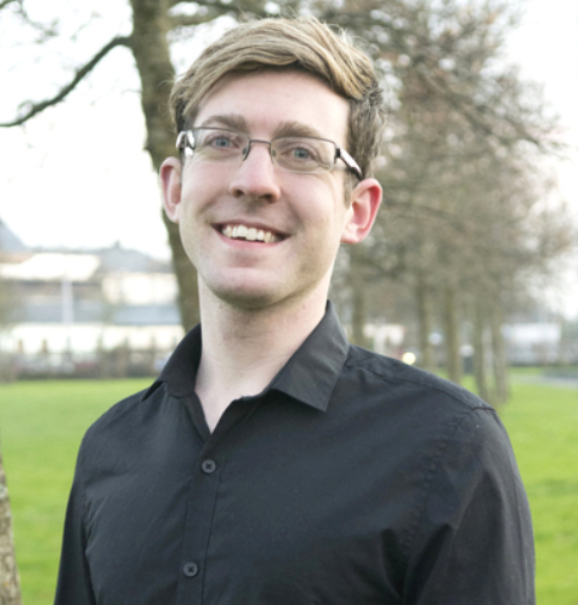 Owen Hanley, a former NUI Galway student who is running for Galway’s local elections this year, spoke to SIN ahead of the Students’ Union elections about his candidacy, the power of the student voice and the importance of student involvement in politics.

Owen, who completed an Undergraduate degree in English, Sociology and Politics, and a Masters degree in Human Rights Law, is running for a place on Galway’s City Council as the Social Democrats candidate in Galway City East.

And he is doing it all at just 23 years old – the youngest candidate in the race.

After just finishing up his Masters last August, he says that he “got a lot of fulfillment” from his time at NUI Galway.

“One of the things I found about college was that the further along I got into my studies the more I got back from them,” Owen tells SIN.

“I repeated second year which really gave me the chance to get organised and set out my priorities. The more effort and work I put into my studies the more enjoyable they were too.”

Owen spent his time in university taking part in various student movement campaigns, which he says sparked his interest in politics and activism.

“I used student activism as an introduction to activism more generally, and I think a lot of students at the time were brought into the Together for Yes campaign and the Yes Equality campaigns through the SU.”

“Student movements are incredibly important because they give a voice to a new generation that goes ignored by a political establishment that tend to be two or three generations removed.”

“The Repeal the Eighth campaign was noted throughout the country for the heavy involvement of students and young people. When students organise and realise the political and social inflection they hold they scare politicians, because the status quo they hold so dear could change in an instant.”

The young politician wishes to highlight the importance of student involvement in politics and is urging people to vote in their local elections, as well as the upcoming Students’ Union elections.

“Politics is extremely relevant to everyone’s life but students especially so, considering the many vulnerabilities that entail this part of your life.”

“Students may or may not be aware of the power of their vote both as an individual and as a group.”

“Turnout varies from elections but in 2014 we only saw a 40 percent turnout throughout the entire city, meaning students would have barely had a voice. However, politicians believe firmly without question that students do not vote and therefore they are simply not given much thought.”

“From the highest point of politics to local community groups, students are not represented and often become punching bags for anti-social behavior.”

“And then after college, students are so quickly hurried into a career that their engagement in politics can take a hit.”

“Often, you’ll end up working a lot for not a lot of money at the start and may even be moving, so it can be difficult to find a political outlet. That’s why I think getting involved with politics while in college can be so helpful, because you can test out different environments and see what suits you best.”

Apart from his studies in Human Rights and Politics, SIN also wanted to know why Owen decided to pursue the route of politics.

“I care about other people, and really that should be self-qualifying to run in-and-of itself. That’s why I think we undervalue character in politics, particularly local politics. You can outline every policy position under the sun but on the Council the majority of issues you’ll be dealing with are mostly A) representing people through a system that is resistant to that and B) dealing with issues that you couldn’t have predicted.”

“There are the large tent-pole topics that I want to tackle like housing, transport, and the environment but generally every candidate on the campaign trail will say they all want the same thing. But come June when the new Council takes its seat a lot of Councillors will simply be apathetic to change.”

“I want to see people in politics who genuinely care about others.”

At just 23 years old, Owen is the youngest candidate in both his party and the election race.

He told the Connacht Tribune upon his candidacy announcement that he felt like a “bit of a chancer” running so young.

“But sure, that’s what Galway’s about and I don’t think the current council looks very much like the Galway I know. I’m sure for like 90 percent of my friends this all seems weird, but it really shouldn’t.”

“I want to prove anybody can run for politics, especially those who would do a good job but face barriers from participation. I am a broke-a** 23-year-old. If I can do it so can you!”

He says that being the youngest candidate does have its downsides however.

“Some people immediately question your experience and there is this idea that my chances aren’t taken as seriously.”

“One fellow candidate I met who is running told me dismissively ‘at least it will look good on my CV.’ I’m not running to enhance my CV or increase my chances five years from now. I’m running to help the Galway of today.”

“But being young also instantly helps me connect with those who are looking for a fresh face with fresh ideas. Many in Galway recognise the broken nature of the City Council as it stands today and being young instantly communicates the changes the Social Democrats are trying to bring to the Council.”

“I also hope that I can show other people from my generation that politics is only a process for getting the things we want done and that the obstacles that stop our inclusion and representation aren’t immovable.”

The elections for Galway City Council are due to take place on 24 May. Anyone living in Galway can vote in the election as long as they are registered.

Registration forms are available at Vote.ie.