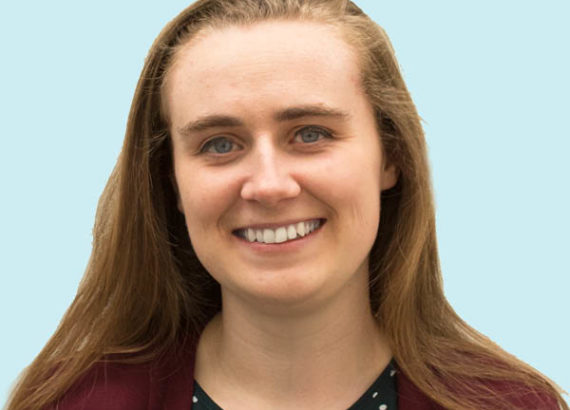 SIN caught up with President Reilly at the end of her tenure to reflect back on the year.

“Probably the most rewarding part [of being President] from the first semester was the decision-making and that you know what you’re saying on the committee or to a student carries a lot of weight. When you see that change come about, you know you’ve enacted it in some way, and that it will impact someone’s life.”

In Megan’s election manifesto, she said she wanted to create more social spaces with seating, create an online database of part-time jobs for students, create a forum for students about accommodation, expand the food options on campus to include more vegan food and gluten free options, and have more Irish events. How close is she to achieving these goals?

“We did a lot of work on [creating social spaces] this year. You would have seen in the first semester our education officer Eibhlín would have taken the lead on the protest and petition. From my end, I was on different committees and we were trying to get through setting up different social spaces for students.”

“The main win on that one which has not been made public yet, we got the Print That space along the concourse. It’s going to be redesigned as like a social space for students, which is great since it’s right in the middle of the concourse.”

“We have been trying to push the college to put more seating in wherever they can, so the Print That space was a start. Because of the presentation I did for the President at the start of the year, and other pressure that was coming from other places, there is now a dedicated committee to deal with social space, which is great. We’re kind of hoping long term as well that the University will be using the HEA fund that has become available for capital expenditure, and putting it into investing in a new library and a new concourse area.”

“With jobs and accommodation, we are working with the Career Development Centre which post a lot of opportunities. We are also on different committees; I myself was trying to push the university to employ a rule where there would be more student jobs on campus. For example, for our commercial services we always try to hire students in the cloak room and stuff like that, but it’s about getting the university to do that in other services so that it creates more on-campus jobs so that it’s better for people in terms of flexibility.”

“Accommodation, for the first three months of my term, was the dominating issue. I have created a lot of media around it and we presented to the City Council on it, myself and the GMIT Students’ Union President. We were doing a camp out and a lot of protesting, and making sure we brought it up on every avenue so that the University knew that they needed to invest in accommodation.”

“Most people have probably heard by now that accommodation will be the University’s next main project in terms of where they will be focusing the funding.”

“There was also focus on landlords and when things go wrong, so we have been trying to advertise Threshold to people. We do a rent and accommodation guide at the start of the semester, but we have been looking at if people bring these issues to our attention around landlords, can we take another case with the Residential Tenancy Board, and see can we get some kind of justice for them that way. But we have to have people come forward for it if things have gone array.”

“The big issue is that you’re not going to have a lot of accommodation built within a year, but you can make sure that existing structures become fairer. We’ve also talked about making sure that the accommodation crisis is adequately advertised to international students, so they don’t just think that there is an abundance of housing available. It’s not about scaring people, but you need to be painting a realistic picture. We’ve been talking to the accommodation office about it.”

But what about the vegan menu options? “This is still something I’m working on, and I am working on it first throughout our own commercial services, trying to expand on it a little more there. They have become slightly better but not all of that was down to me.”

Megan also alluded to the one-day college event that the Union are allowed to organise instead of the cancelled Christmas Day. “I don’t want to say too much on it since it’s still in the planning stages, but we’ve been working on it consistently to try and get something set up, and to get the University to agree. The plan is still to have a big event at the end of the semester which people will hopefully hear about soon through SIN.”

“Another part of my manifesto was about working more Irish into the Union, so we have been trying to do that through the themed weeks. We are trying to make sure we have an Irish event within the themed weeks, and Oifig na Gaeilge has been great in that respect, particularly relating to mental and sexual health but having an Irish spin on it.”

Reflecting back on her time as President, it wasn’t all plain sailing for Megan. She says the most frustrating part of the job was the slow pace the University tends to change at, especially when you only have a year.

“Sometimes you find that you’re putting in so much ground work for something, and you’re only making some progress and feeling like you don’t have a lot of time left to push it over the line. So there are things now that I want to start that were never on my manifesto, in terms of bringing changes to the Students’ Union itself and also how the University works with us, and how it works with students.”

“I am hoping that I’ll have things in place that somebody else will be able to carry on, but it can be quite frustrating how some of the people that you can be dealing with on the committee in the University have been here for 20 years, so they’re going at a slower pace. While we’re more like ‘let’s get things done now’. It’s not always possible to get all the things you want done in that department.”

“Looking at the average student as well, their lifetime at the university is only three to four years, they have to be seeing the change while they’re here. I’ve said this to staff time and time again that bringing in a policy next year won’t do much for a student who’s being affected by this now, and that’s very annoying.”

Megan also has some advice for those who are running for the role of Students’ Union President.

“I would say definitely never underestimate your team and never undervalue them, and that its okay to sit down for a while and get everything in place before you start going forward. Also tell people not to lose hope with getting things done. You might be juggling 100 balls at a time, but then when you get that victory for the students it gives you that fight to keep going.”