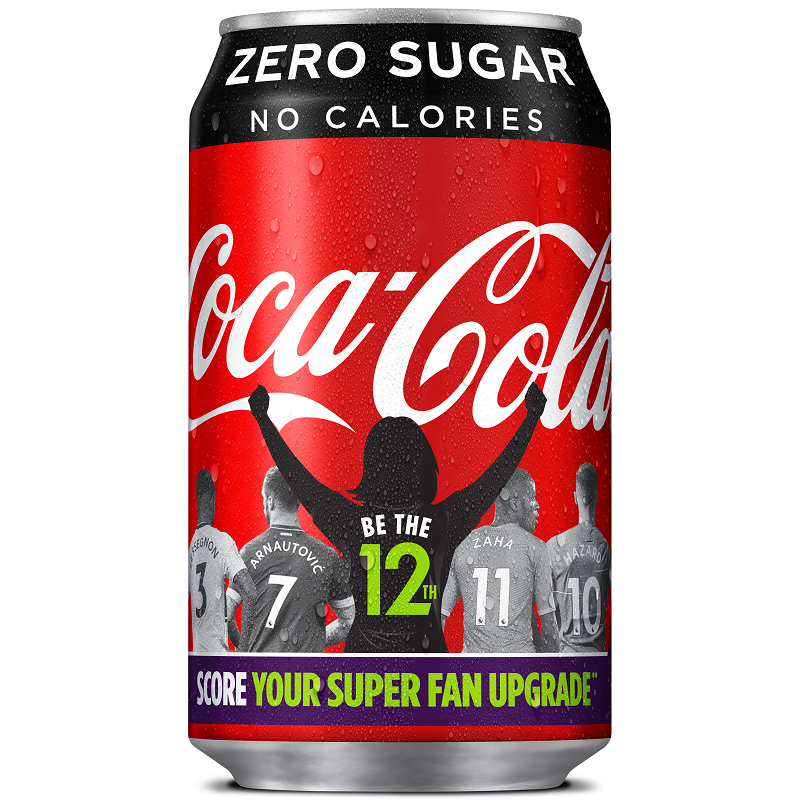 In the era of rising accommodation costs and ludicrous college fees, where would we be without meal deals? We can live like kings and queens for a low cost and never feel guilty because we feel like we’re getting our money’s worth. No packed lunch? Meal deal. Hungover? A meal deal is a scientifically proven cure.

Sult offers a lovely €5 meal deal for holders of SU cards. A roll, a wrap or a sandwich along with a drink of your choice and a bag of crisps. Not just any crisps; fancy crisps. Crisps with notions. O’Donnells or Keoghs, innovators of the lightly salted crunchy snack.

This writer recently availed of this deal. It was a hearty feed consisting of a toasted chicken roll, smothered with cheese and sprinkled with red onion, a bag of Keogh’s Shamrock and Sour Cream crisps with extra notions and a can of ice-cold Coca-Cola Zero.

What caught my eye amid this feast was the sponsorship carried on the side of the Coke Zero can. “Be the 12th,” it said. Calling all supporters. Come stand behind your favourite club in the name of sugar-free soft drinks. The connection is a little bit of a loose one, but when you open the can and the excess carbon dioxide escapes the can, the sound is kind of comparable to a referee’s whistle.

What stood out about this campaign is the diverse level of representation of teams on the can. When Coca-Cola launch a sponsorship with the Premier League, you’d expect the very best to represent the campaign.

This is how it usually goes when it comes to these big companies in sports sponsorship. Pepsi’s latest World Cup line-up was fronted by Lionel Messi. Jurgen Klopp advertised Opel’s newest range in his typical bombastic style. Thierry Henry promised Renault customers “twice the va va voom” in the mid-2000’s and David Beckham has headlined countless ad campaigns over the years.

It has been an exclusive club of sorts, and this is particularly true in the case of Joe Hart. Hart was the face, or rather the hair, of a Head & Shoulders ad campaign while he was first choice goalkeeper for Manchester City and England. As soon as he found himself down the pecking order, and sought a loan to Torino of Italy, Head & Shoulders decided to let his sponsorship deal expire and they dropped him almost as quickly as his manager at Man City Pep Guardiola did.

In the context of this new Coke Zero/Premier League campaign, the expectation would be to see the stars of the top six receive the top billing, who are: Liverpool, Man City, Tottenham, Man United, Chelsea and Arsenal.

Surprisingly, the players featured on the side of this can were Callum Wilson of Bournemouth, Shane Duffy of Brighton, Aron Gunnarsson of Cardiff and Shane Long of Southampton. Not exactly a set of household names, or a group you’d call upon to make up the rest of your dream five-a-side team, but it sets a wonderful precedent going forwards.

The placement of ones’ heroes in advertising loses meaning as one gets older with the ever-growing onset of financial cynicism. Seeing Harry Kane pop up in a Nike advert does nothing for me as a Tottenham fan, unless he failed to score for a long period of time. In which case, anger towards him for wasting his time on such ventures overthrows rational emotions, a quaint summary of the life of a sports fan.

But if I was a young kid, with hope in my heart and a gleam in my eye, seeing my hero Harry Kane in a Nike advert would make my whole week. Just as seeing Callum Wilson on a Coke Zero can would for a young Bournemouth fan. These adverts were usually saturated with players from the historic big four of Chelsea, Liverpool, Arsenal and Man United throughout the years, so this is very welcome.

We can sit here and debate the ethics of Coca-Cola as an all-consuming corporate entity all day, but no one can deny that this ad campaign is a great idea. It sets an excellent precedent for sports sponsorship moving forwards and gives the heroes of historically less-renowned clubs a platform on which they can shine just a little bit brighter for those who look up to them.