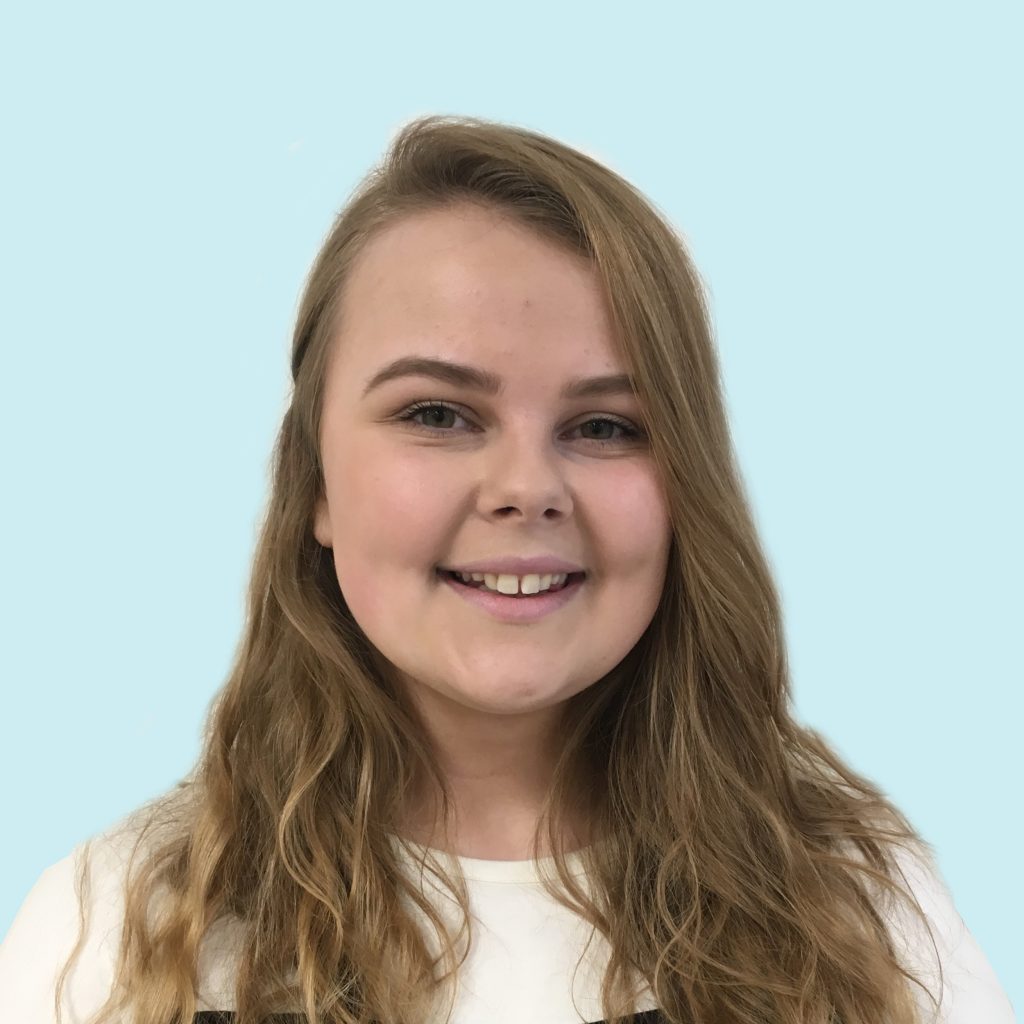 Sabrina Vaughan is a final year Arts student, studying Geography and History. She is currently the Students’ Union Council Chairperson. Sabrina says she is running for the role of Education Officer because she has been involved with the Students’ Union since “day one” where she was a welfare crew volunteer and a class rep back in 2016.

“I worked very closely with the Education Officer that year, because a lot of casework was coming through me… I was a part time officer, full time student… but with this role I could be the support for the part time officers.”

“Many students have come to me with educational issues, academic issues, and I really just want to be a proper representation for them, and give time to dedicate to them.”

A key area Sabrina wants to focus on is exams. “I have many friends in Arts and Engineering who are coming to me asking how they can defer exams, because they have eight exams in one sitting… this is something that needs to be lobbied against with faculties, to see can we get a minimum of six exams, or get at least 15 percent for continuous assessment. No exam should be worth 100 percent,” Sabrina says.

“It would be amazing if there was something like a midterm week where people could break and refresh, and start again.”

“It is very difficult when you have three exams in two days, it is just crazy that can happen to people.”

Sabrina also says that seat numbers for exams should be sent out with exam timetables.

“There should also be more funding and support for the Disability unit. I know so many students who have anxiety attacks before the exam, or they just leave it [the exam], rather than going and getting assessed properly and getting the supports.”

Sabrina’s second idea is around transitioning students into Erasmus and placements. “I have a friend who is now studying in the Netherlands, and they have negative marking there, and their system is completely foreign to us here. There is nothing for her to prepare for that, it was such a shock.”

“I don’t want to seem blunt, but we have been sending our students out to these relevant universities for years… how come we don’t have a proper guide for them? Things like healthcare, better guidance… they should have the same supports out there that they do on this campus.”

“Even if someone is just out on placement in Woodquay they should still know where to go.”

Sabrina also wants to tackle mental health if elected, by training students in Assist and SafeTALK. “I have a passion for suicide intervention since I was very young, because I personally lost a friend of mine.”

“Over the past two years, I have heard a lot of suicidal language and behaviour, especially around social media. It is something that not only students should be aware of, but also staff, for students who self harm or those who aren’t engaging… just recognising the behaviour is a huge thing.”

“It affects your education, mental health is not just for the Welfare and Equality Officer.”

Sabrina also says that no two students’ educational issues are the same, despite some common issues arising. “You get people having problems with exam results, not being aware of supports, how to ask for appeals, for help.”

“They should be able to get that information easily. It should be readily available.”

Sabrina says a major issue this year was the semester one exam results coming out late. “There was no actual date, and no official time. How are you supposed to appeal when that window is closed, or consultation dates are in the middle of the second semester?”

Sabrina also believes a no deal Brexit could have a detrimental impact on a student’s education. “There are a lot of students in the UK, or students who are going on placement in the UK… that is going to affect a lot of students, as well as lecturers, and their partnerships with other universities.”

“A lot of things [educational issues] are creeping in, but the biggest issue could change come September or November.”

Sabrina says she will try to improve student engagement. “We recently had a Council that didn’t have 50 class reps at it, which is required in order to run the council. I think better engagement between the Education Officer and class reps is a big thing.”

“Having a visible Education Officer there, through emails and updates, social media… in a way I know we need to look professional but we are students as well… we need to be approachable.”

“When I was Arts Convenor, we had ‘open hours’ in different parts of campus, where we would go to different buildings and sit down and if anyone had a questions they would come up.”

“Lorcán did that and it was so good to have that type of engagement…. things like that, we could be doing so much more… just being visible and being out there.”

Sabrina says that repeat fees have been on Education Officer’s campaign manifestos for years. “Right now we haven’t really gotten that far with it. I would like to push for more continuous assessment also because not everyone can do well in exams.”

Sabrina then leads on to the student levy. “The fact we pay the €224, and €100 of that goes to paying back the Kingfisher… a lot of students find that hard, I know I found it hard, to pay that in October… I think I would try to get that bit of a burden off people, even to get it paid in instalments.”

SIN also asked about the BA Connect courses, which have been plagued with difficulties since their inception. “There should definitely be a review in the system, with current second years, final years, past students… sort of a focus group. We should be doing something about the feedback, otherwise it is a waste of paper.”

Sabrina also says that working with the academic staff and the Deans is an important part of the role, and that the Education Officer needs to take ultimate responsibility for education issues.

“Working with the College Convenors to find out what issues are out there is important, but you as Education Officer have to go to these meetings [in the Quad], you can’t ask the Convenor to do that… you are there to find out why is this wrong, and how are we not being listened to.”

“I have the experience as a college convenor so I have been to these meetings. It is pretty daunting meeting the heads of schools, the Deans, and you’re just sitting there, only a second year.”

“I have that energy and vision to go in there now, and to be like ‘we aren’t taking this anymore’.”

With regards to student placement, Sabrina says it has been an ongoing issue for many years. “I know a lot of the issues, especially with nursing placements, has come through our Medicine Convenor, and that is a lot on that person. They are doing their course or placement too.”

“Then with Education Officer, you have people sitting in front of you with repeals, deferrals, wanting to chat… so it is hard being in two places at one time.”

“I think a lot of that [placement issues] went to Megan this year. Menlo accommodation kind of went to her too. But I think it should be part of Education. During your degree, if you are going on placement that is part of your education.”

“I know with some BA Connect students or Engineering students, not all of them on placement are being paid, or getting expenses. Is there not a better system?”

“I am not sure with regards to the Career Development Centre, and other faculties themselves, like Commerce, do they set up meetings with KPMG for you, or…?”

When asked if the Students’ Union should work with the college to demand a better system for placement, Sabrina says an information night could work.

“There should be information out there on how to get from A to B. How to apply, how to write your personal statement… I know the Career Development Centre do that, but maybe better tailored to specific courses. More supports need to be put in place definitely.”

Finally, Sabrina wants to help younger students decide on their modules more carefully. “Another thing I want to do is an information night… for students of first year, wanting to continue a subject or module, to talk to older students to see what way the course ends up.”