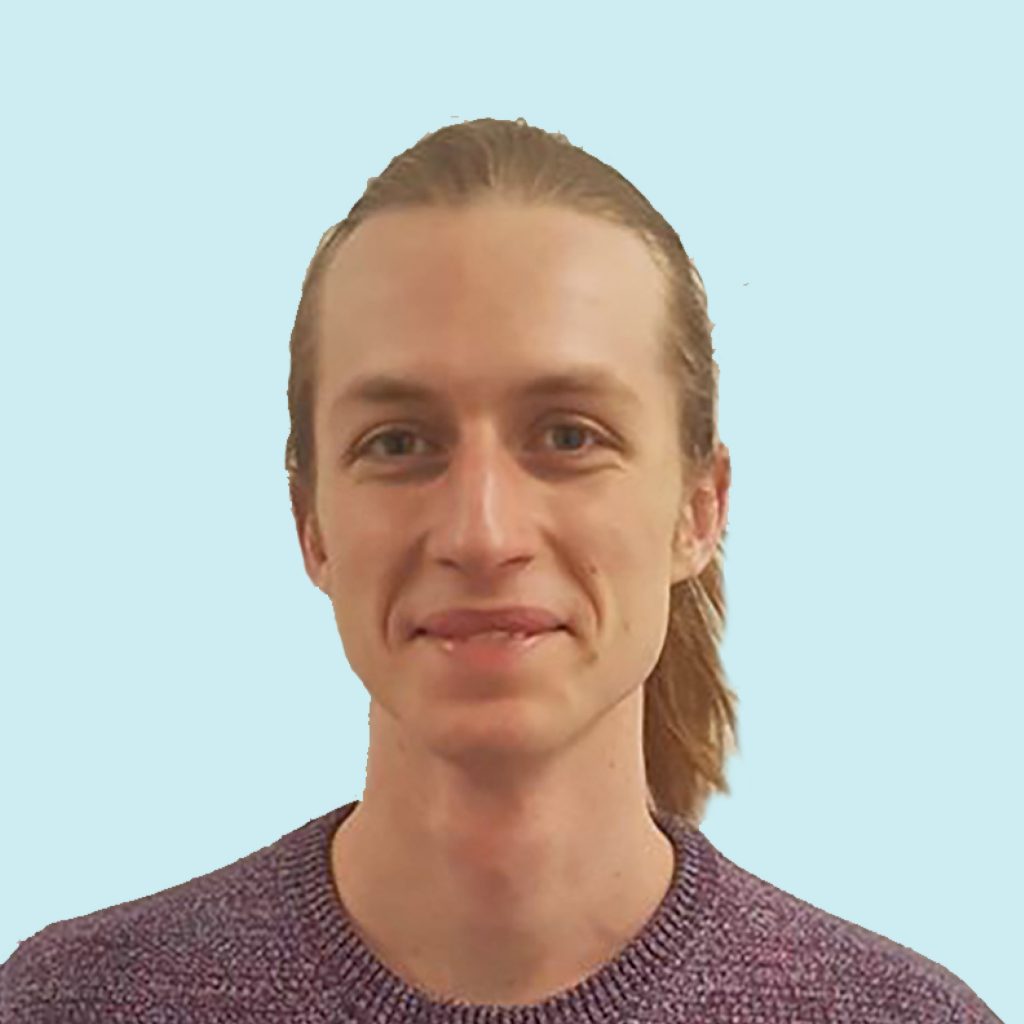 Ciarán Guy is currently studying for a Masters in Key Enabling Technologies, which is a Physics course. He is running for Welfare and Equality Officer because he feels like he has gotten a lot from the college, and wants to give back.

“I did my undergraduate here, and I am now doing my Masters here… and it has probably been the best four or five years of my life!” he laughs.

“I would just really like to stay in this environment, to help out, and I feel like I have a lot to add [to the Students’ Union].”

If elected, Ciarán wants to bring in cooking and nutritional classes. “Sort of following the style of the self-defence and occupational first aid classes, I would really like to see cooking classes brought in.”

“There are so many people who can’t cook, it’s very bad, it is a basic life skill and you need to know how to take care of yourself.”

“We already have kitchens on campus, in the Hub and in Áras na Mac Léinn. You could do this very cheaply, and have the classes on low-budget meals. If you had the raw ingredients you could pay €2 to €3 per meal, and each meal in a sense would be a lesson. So for €20 you could have ten lessons.”

Social media is another area Ciarán would focus on. “I do feel like people are very attached to social media, and in the sense of when you’re getting likes, you’re getting messages, you are getting a hit of dopamine and it is actually very addictive.”

“These sites are designed to keep you on. Facebook, Twitter, Snapchat… you are the product. You are constantly connected to it, it is very distracting, and people’s attention spans are suffering.”

“I think that people’s academic work may be suffering. I think they are finding it a lot harder to focus… how many people do you see in lecture halls on their phones?”

When asked if he would try to block social media from the college wifi, Ciarán says no. “Ideally, the best thing would be metered use. I am not a fan of banning things, for example smoking, I don’t agree with smoking, but you should have a choice to smoke. The same for social media, you should be able to choose when you go on it.”

Another point on Ciarán’s manifesto would be to introduce a finance-based course for students, to teach them how to budget. “So starting off with budgeting, and even going all the way up to building a retirement account, because with aging populations, and with social welfare… you won’t be able to live off a government pension unless you own your house. So you need something to back yourself up, and the earlier you start thinking about it the better.”

Ciarán points out that a lot of students have never had to manage their own money before college. “You don’t have to [budget] when you are at home. I was kind of fortunate that I did have to budget a little.”

“It is okay to not know these life skills yet, as long as you are willing to learn. The problem is when they leave college and they still don’t know, that is where it becomes an issue.”

The Physics student also wants to set up advice sessions for different disciplines. “To get postgrads talking to fourth years, or first years, and just giving them an idea what it is like to be working in that area of research, or in the field.”

“I think it would be nice to have more interaction between the younger years, and older students and people in the industry, to get some actual feedback.”

Ciarán believes the biggest welfare issue facing students today is potentially housing. “I feel like if you don’t have housing security, that is a welfare issue. But if you are paying a lot [in rent] that is also a financial issue, which becomes a welfare issue.”

Ciarán also says mental health is a big issue, but it is very diverse. “There are so many things that [poor mental health] can come from, it is not like we can just do one thing and mental health will be okay,” he says.

“I think it is kind of okay here in the sense that we have a lot of support, but it is trying to fix what is actually causing that… it is just the system we are living in… putting pressure on us, nowadays more than any other time, the world is changing more and more, and that kind of insecurity really plays on people.”

When asked about the Financial Aid Fund, Ciarán says he doesn’t know how he would fix it. “I think it is too hard to say exact points about how I would fix it. The system could definitely be improved. I don’t know the intricacies of how the system works, so I would need to look into it a lot more before I decided anything.”

“Even the process is not easy. All of the documentation, it is taking a lot of time out of college… it is not a nice thing to have to do, to apply because you don’t have enough money, it is never a good feeling.”

“Making the process as pain-free as possible would be key,” Ciarán adds.

When asked about student counselling, Ciarán says the college can always be convinced to allocate more funding, but it might be a matter of concessions. “I feel like the college does have enough money.”

When asked if he would try to get funds taken away from another areas and redirected towards counselling, Ciarán thinks for a while. “Yeah, I don’t know… any area they are spending too much in, they could reallocate the money… the problem is that it [the college’s spending] is all contractual, so the main thing should be transparency. Budgets should be published.”

Ciarán then turns to the Student Health Unit. He says he would seek to abolish the charge for the pill, which he was unaware of. “I don’t really think the charge is fair. The Union should have made this more of an issue.”

“I was under the impression there already is a sort of appointment system, but maybe I am thinking of the STI clinic. Even if they don’t have enough staff, there is no excuse. It is 2019, we have automated systems.”

When asked about student engagement with the Union, Ciarán says it is average. “I feel like if people need things, they are happy to go to the Union. I think some of the services could be made more obvious, not just Union ones, but the Career Development Centre, the accommodation pages.”

“I feel like a lot of students are apathetic about things. Even when they are interested in politics, it is more ideological.”

The class rep system is something that Ciarán is thinking about also. “There is not really a push for class reps to go back to their classes, they don’t convey some of the messages back, and they are just there representing them.”

When asked about the two strands of the role, welfare and equality, Ciarán says he will support the part time equality officers (Gender and LGBT+, Disability Rights, Ethnic Minorities Officers) but that “we aren’t doing terribly [in terms of equality].”

“Compared to other countries, we are doing quite well, and as a college, we are quite impressive, I feel.”

Drug testing kits are something Ciarán wants to bring in. “I know the Students for Sensible Drug Policy society have been pushing for that, and they got one or two in, but that is not what should have happened.”

“Drug use is becoming more and more common, if you want to take drugs that is your choice, but we should make it as safe as possible.”

“You can buy the kits on Amazon, they are pretty cheap. You pay €15 or €20 and they are reusable, you just scrape a bit of the product into it.”

“Ideally, you could have a centre in the Students’ Union where people could bring something in, test it, and then if it’s dangerous, the Union can put out a notice.”

“The Students’ Union’s stance is decriminalisation, not legalisation. So they just haven’t gotten involved, but I feel like they should.”

Ciarán also adds that there should be a limit to how much candidates are allowed to spend on their election campaigns for the Students’ Union. “You shouldn’t be allowed to spend more than €50, €100… I have heard of people spending over €200, and that is restricting a lot of students.”

“I think the leaflets are wasteful. You see them being handed out, and they are all on top of lockers or students throw them in the bin. What is the purpose? Surely you should run on the merit of your ideas.”

“Again, with social media, as bad as it can be, you have good outreach.”

“I will be running a different sort of campaign where I am going to email and message as many class reps, societies and clubs as I can.”

“I have booked a room for a few hours per day where people can come talk to me, that is the small acoustic room in Aras na Mac Leinn from 1:30pm to 3pm on Monday to Wednesday, and 11am to 1pm on Thursday, the week of the 4-7 March.”