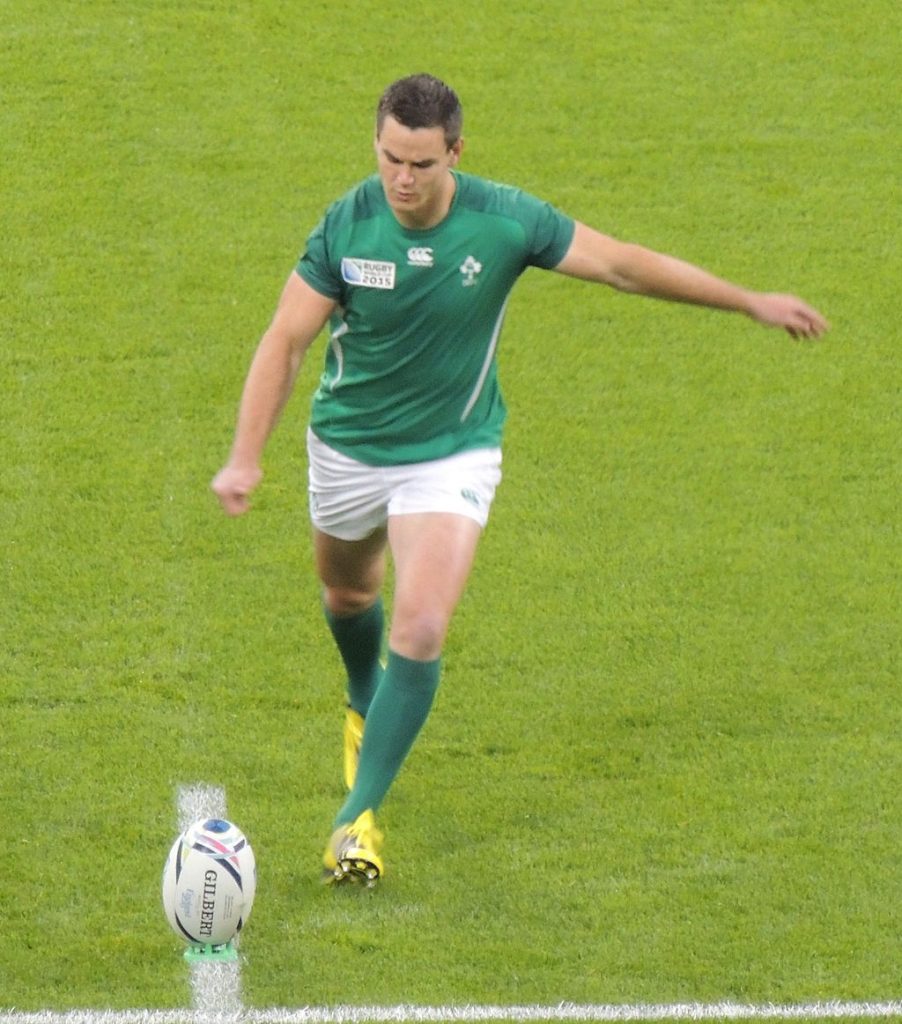 Ireland’s 22-13 victory over Scotland at Murrayfield on 9 February was as crucial as it was unconvincing. The men in Green showed flashes of brilliance in periods throughout the game, but seemed to lack the killer instinct from 2018 where a nation dared to dream of World Cup glory in Japan this autumn.

Perhaps central to Ireland’s off colour start to the current Six Nations campaign is Joe Schmidt’s reliance on reigning World Player of the Year Jonathan Sexton.

Sexton returned for Ireland’s humbling loss to England last week, following a long layoff due to a knee tendon injury, and did not look fit during the clash at the Aviva.

In the showdown against the Scots yet again he didn’t seem to be at the scintillating peak of his powers, going off after failing a HIA in the first half and being replaced by Munster number 10 Joey Carberry.

Carberry looked fitter, more dynamic and more energetic and despite a nervy start he grew into the game, setting up Keith Earls with a pinpoint long-range pass to seal Ireland’s victory over a dogged Scotland.

His foray onto the field in Edinburgh may yet prove to be the New Zealand born out half’s most pivotal test to date, and his performance coupled with Sexton’s injury woes leads me to beg the question.

All logic and rationality dictates that he should.

2019 is set to see a major change in Irish rugby. How we weather the rocky seas of Schmidt’s departure and navigate the inevitable retirement of the old guard after their Japanese swansong will set the tone for Ireland’s bright, upcoming generation of rugby players such as Joey Carberry.

Irish fans need to face the reality. A rugby player’s career is short in the modern game, and at 33 Sexton is by no means the wily young 10 who carried the torch passed on by the legendary Ronan O’Gara nearly 10 years ago.

Plans need to be made for when our star player hangs up his boots on the international scene, whether through injury or of his own volition. We need to acknowledge that that time may be sooner rather than later, and perhaps most importantly we need somebody who can fill his boots with perfectly seamless transition.

Ireland’s over reliance on Sexton and his genius from the boot means a huge void will be left at 10 when he decides to call it a day. His brilliance has led to the numerous understudies throughout his career being consigned to relatively meaningless autumn internationals against tier two nations, which don’t equate to the magnitude of even the most trivial of Six Nations fixtures.

It is for this reason Carberry needs to be trusted for Ireland’s remaining Championship fixtures.

An unfit Sexton is no use to Ireland’s lofty ambitions ahead of the World Cup in autumn.  A serious injury may signal the end of his glittering career thus far. Conversely, an inexperienced Carberry is of no use to Ireland should anything happen to our star man, and indeed in future seasons when Ireland will face the reality of a starting 15 devoid of the Leinster legend.

This current Six Nations is the ideal time to prepare for this.

Realistically, Ireland’s chances of retaining their crown have been dealt a critical but non-fatal blow following humiliation against the English in Dublin, and failure to secure a bonus point at Murrayfield. Faint prospects lie in the hope that a resurgent Wales steal a march on an English team, playing with the effortlessness and ease of their Irish counterparts 12 months prior. [Editor’s note – this article was published prior to Wales’ victory over England on 23 February.]

Focus should now be turned, albeit prematurely, to the World Cup where the men in green need their best players at their very best to deliver the success Joe Schmidt, Andy Farrell and indeed the whole island crave. Johnny Sexton, as one of those key players, cannot be risked in a Six Nations that, in the eyes of many, was over at full time against the English.

Playing Carberry for the remainder of the series is a no brainer. In playing the 23 year old, he gets the experience that will serve him and Ireland well when the kicking tee lies before his feet in a few years’ time. In turn, it allows for Sexton to come into the more important tournament refreshed, fit and back at the peak of his powers to lead Ireland in their quest to lift the Webb Ellis Cup on 2 November.