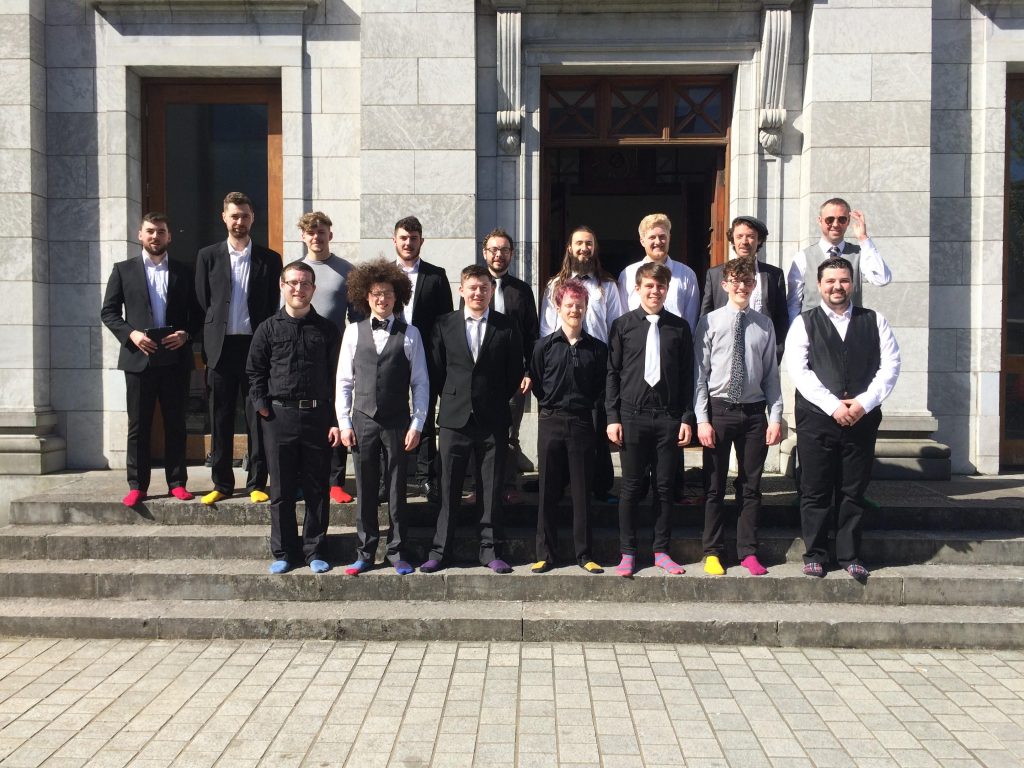 NUI Galway’s renowned male voice choir, the Testostertones, have been selected to compete at a prestigious international festival.

The Llangollen International Musical Eisteddfod in Wales is one of the world’s most famous festivals of music, dance and culture, and includes competitions showcasing choirs and dance troupes from across the globe.

Each year it attracts over 4,000 performers and as many as 50,000 visitors across the week.

Established in 1947, the International Eisteddfod promotes peace and goodwill between nations by bringing performers from all cultures and nations together through music.

Competitors at the festival are world renowned, such as Luciano Pavarotti, one of the most successful tenors of all time.

This year’s festival will take place from 1-7 of July.

The Testostertones will join international competitors from all over the world, and they will perform a number of songs, including folk songs from the West of Ireland, in both Irish and English.

“This is a wonderful experience for the singers,” Choir Director and NUI Galway graduate, Peter Mannion says.

“Performing at one of the world’s great music festivals will be a highlight for both the singers and their families. Representing NUI Galway and Ireland at the festival is an honour for the group and we will be performing a repertoire to showcase choral music from Ireland, along with some music from the greatest ever composers.”

The Testostertones won the National Male Choir Competition title last year at Cork International Choral Festival. They were the first college-based choir to ever win the title, and have also won competitions at every major Irish choral festival.

Now in its sixteenth year, the choir was formed in 2003 by Peter Mannion and currently consists of students, alumni and staff members of NUI Galway.

The aim of the Testostertones is to give male singers an opportunity to enhance their skills and the group performs a mix of acapella and barbershop music. Over time, the ensemble has become one of the most innovative choral groups in Ireland.

The group is constantly on the lookout for fresh new talent. If you would like to become part of the Testostertones, you can get in contact by emailing nuigttones@gmail.com.