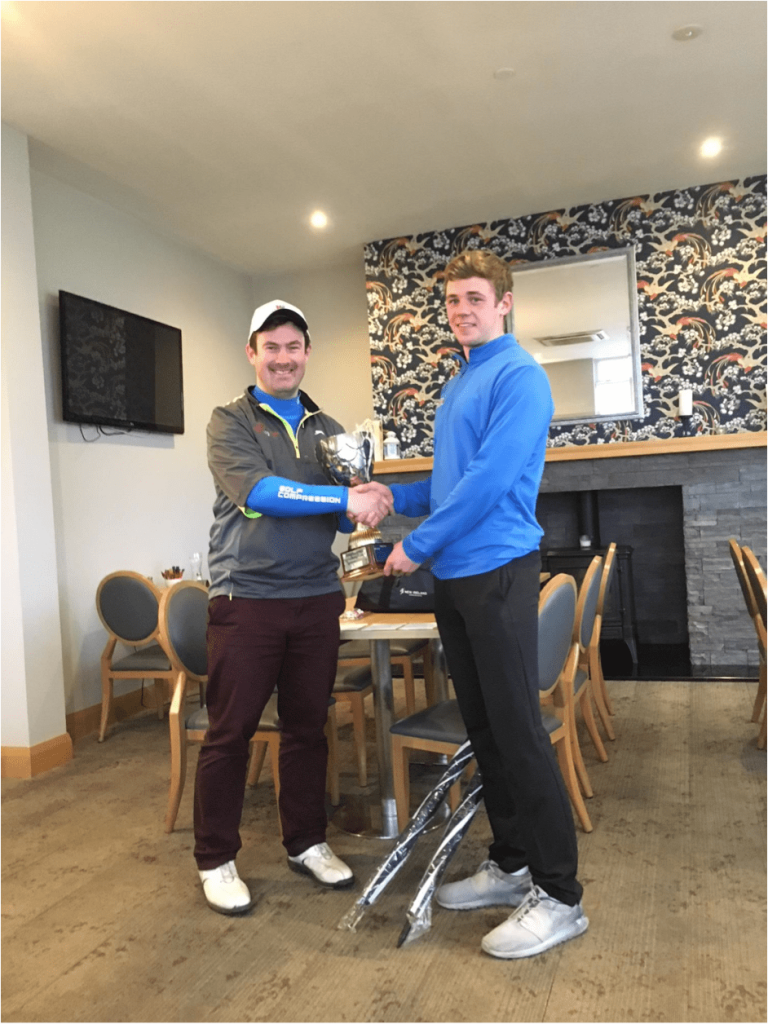 On Saturday 16 February, Galway Bay Golf Club hosted this year’s NUI Galway staff v student golf match. In what was only its second year, the tournament proved to be a great success.

Having won the inaugural tournament last year, the staff were in a confident mood going into the match. This year however, they relinquished their title with the students coming out on top, in what was a tight affair.

The day brought decent weather conditions for golf considering the awful conditions throughout the week in the build up to the event. With more participants than last year, the tournament is bound to continue to grow in popularity amongst students and staff alike.

The format for the match was as follows: teams of two with the final result calculated by taking the top five scores from each side (four ball better ball). Below is the result from the top five counting cards on each side:

Special mention must go to Peter Crampton who put a lot of effort into organising the entire event and Noel Hackett from New Ireland Assurance who kindly sponsored the prizes on the day.

Prizes were given out for winners in a number of different categories including: best and second best pair from each side, closest to the pin (winner hole 9), longest drive hole 18 as well as a number of spot prizes.