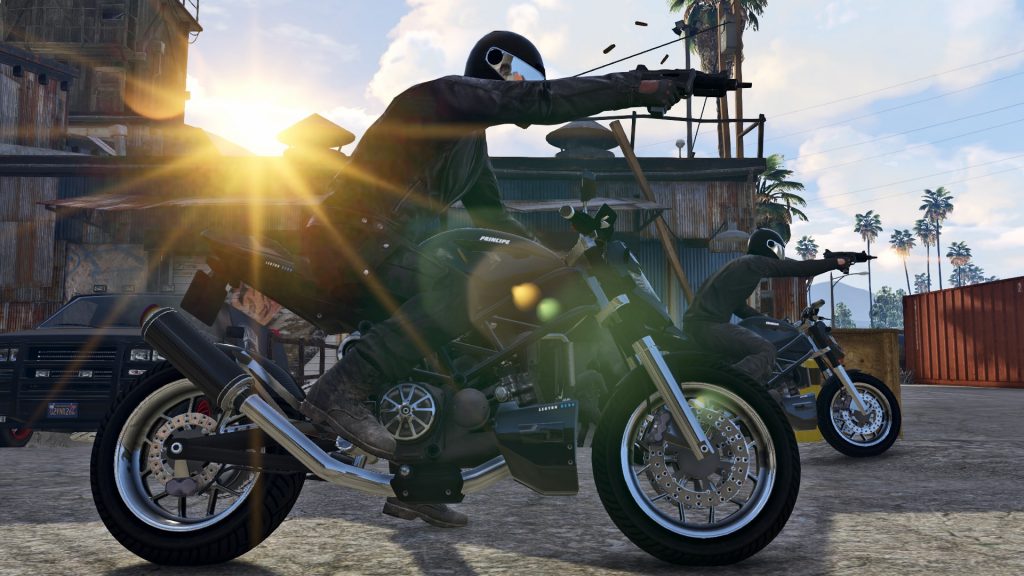 Regardless of whether or not you’ve ever owned a games console in your life, you’ll definitely have heard of and played a Grand Theft Auto game at some point. Each time a new GTA comes out, it’s almost like a cultural event. For instance, back in 2013 when Grand Theft Auto V was released, I went to a midnight launch of the game after pre-ordering it months before, just so I could get home and play it as soon as possible. That game is the third best-selling game of all time, and the highest-grossing entertainment property of all time, bringing in $6 billion in revenue for Rockstar Games.

The most identifiable feature of the GTA series, and also of other iconic series such as Call of Duty, Red Dead Redemption and Battlefield, is the inherent violence included in all of them. Obviously, this leads to many people, including the US President Donald Trump last year in one of his many random rambling speeches, to create the link between violence in the virtual world where the main objective is “shoot the bad guys,” with real-world violence like school shootings.

I’m sure if your childhood was anything like mine, at some point a parent of yours walked into the room when you were playing one of those games, shocked that video games could include such things, muttering about how they’ll ruin your brain and make you a demented psychopath when you grow up… but speaking from personal experience as well as looking at the cold hard scientific facts: that simply isn’t the case.

There have been multiple studies over the past decade and a half looking at whether or not playing violent video games really does have an impact on both children and adults’ real-life actions. According to Psychology Today, opinions among psychologists are deeply divided, and ultimately the answer is inconclusive. But again, that unclear result after decades of studies may lead to the conclusion that the wrong questions and measures may have been used to measure “aggression”.

However, a study conducted by the University of York in 2018, published on the reputable Science Daily website claims that playing violent video games has no impact in “priming” players to behave in certain ways outside of the virtual world. Their study had a sample size of 3,000 participants, albeit all adults, and through a series of tests, they found that the actions and behaviours the participants were made to use in several games did not translate in any way to the real world, and speaking from personal experience, I can only agree.

I’ve been playing video games in one form or another since I was about 3 years old. I’ve been playing more “violent” games for nigh on a decade now too. Shockingly, I’ve never had the urge to pick up an actual gun and go on a rampage in the streets, or indeed to start stealing people’s cars and driving on the pavement. Every person I know that plays games regularly is the exact same, because they’re normal people enjoying a medium of entertainment.

After watching Die Hard, you don’t have the urge to throw random people off a skyscraper just because you saw John McClane do it on the screen. In my opinion, saying video games cause real-world tragedies like Columbine or Sandy Hook to me is hogwash, and covers up the very real issue of gun control in America, or indeed the problem of undiagnosed mental health issues elsewhere in the world.