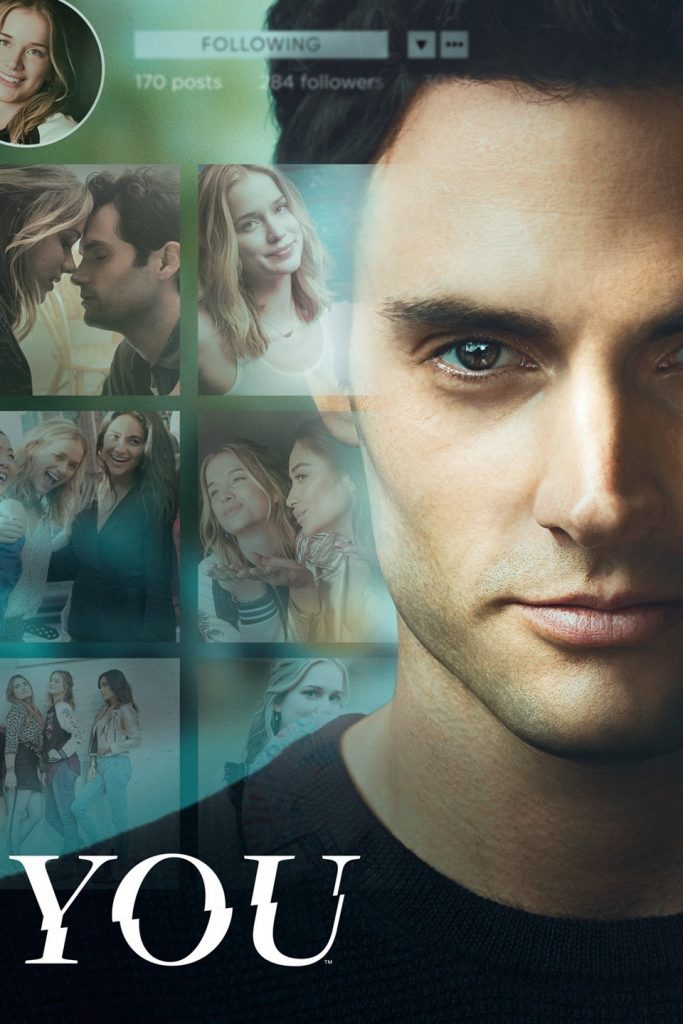 So, we have all heard of Netflix, right? Of course we have, we are basically glued to it after college hours. I am personally stuck to it almost every day, and when I watch a movie or series that has me hooked from the first few minutes, I tell everyone about it. My motto is: “If I annoy them enough about it, then they’ll have to watch it.”

Netflix has recently brought out a new series called You. Altogether, it’s sexy and mysterious and it grips you by your throat from the very first episode, making you gasp for more. Ten episodes, each 45 minutes long, and each second has you wondering what will happen next, the suspense is both terrifying and exhilarating.

It is possible to get through the series in a day, trust me, I am the true evidence of that fact. If you are a true fan of TV shows about obsession, stalking and murder, then You is for you. To give you a taste of what you’re in for: Beck, a young and beautiful college student with a passion for writing, visits a bookstore one day and meets the owner, Joe. He becomes infatuated with her and becomes tangled in her life. Her questionable taste of friends and drug addicted boyfriend lead Joe on a dangerous path, a path that causes him to do the unthinkable, and it’s all for Beck.

Joe thinks he is the one for her. He is her chance of a better life, a life where she isn’t pretending to be someone she’s not or where her heart gets broken, according to him. Usually with movies or books or series that have obsession and stalking in the plot, we are worried about the victim that is being preyed upon. However, in You, I found myself siding with our stalker. He had fallen in love with this girl and through following her, he learned that the people she had in her life weren’t good for her. It’s a strange and awkward feeling, to be siding with the villain, but I found myself wanting the two to be together. I learned that victim and villain will simply never go together.

Joe could have just told Beck how the people in her life were poisoning her, but instead he has his own vices. Vices that lead him to murder and Beck’s friends and boyfriend, who are the true villains in Joe’s eyes. The things people do for love, eh?

Although Joe has gone to the extreme of eliminating what is standing between him and Beck being together, towards the end in the last few episodes things turn sour, and our favourite villain has suddenly become our least favourite person. We fear what he will do next, and we realise what he is capable of from his past relationship. It is simply a phenomenal series to watch, with secrets and cliff hangers in almost every episode. You would be insane not to watch it.