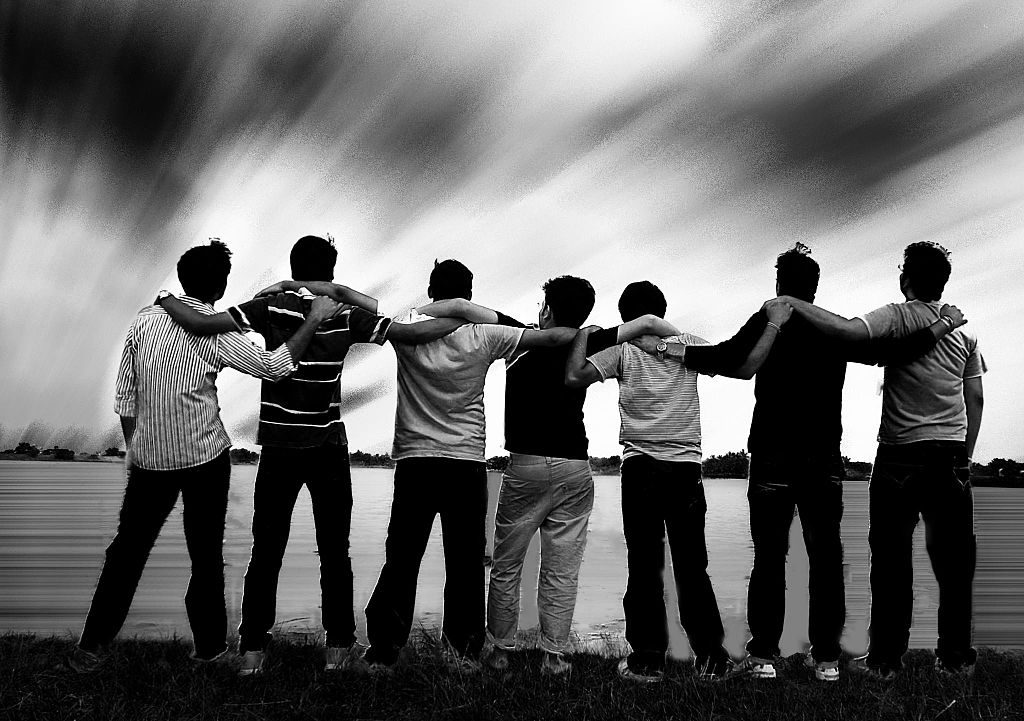 It is frequently said that friendships between males are completely different to those experienced between women. One Google search brings up a myriad of quotes stating that friendships between women are deeper, more emotional and that they are more meaningful; that simply put, no two males could ever have a bond that is as intense as that experienced by members of the opposite sex.

Obviously, friendships between men and friendships between women are going to be different; we are two different genders. Whilst women might have more intense and intimate relationships with their friends, whereby they go on shopping trips, have sleepovers or simply have a gossip over a bottle of wine, I think that men themselves can have just as intense friendships; we just show our affection in ways that aren’t as obvious.

We all know the stereotype: men are emotionless, stone-hearted creatures who, when with friends, sit mostly in silence and watch endless amounts of sport. This, coupled with a beer or two, certainly might have summed up what friendships between men were like a generation ago. Even though going to the pub to watch ‘the match’ is still a valued pastime, friendships between men have evolved in recent years.

So much emphasis has been put on men’s mental health in the past while that I think it has positively encouraged men to become closer to their friends, to develop a deeper connection and to feel comfortable being more open with one another. I can’t count on one hand how many heart to hearts I have had with a few of my male friends when one of us has needed it. It’s often easier to open up when you know someone has had similar experiences to you, or that they might know what you’re going through, and most lads can relate to each other on a personal level, something which is so desperately needed in this day and age.

All it takes is one glance at social media to see that there has been an influx in activity between lads and their friends on the likes of Instagram and Facebook. Tagging each other in memes has become a daily ritual, and more often than not my phone is buzzing from the lads tagging me in stuff that mirrors a private joke we may have. As well as that, group chats between lads are constantly active, and I know myself and my friends are never not Snapchatting, even if it is just blank face snaps. I can’t recall either the amount of times that I’ve received a picture from my lad friends asking for fashion advice on clothes they’ve wanted to buy or vice versa.  I’ve even once had to change my outfit due to being dressed too similar to one of my friends and it’s said that girls are bad when it comes to all things fashion and clothes!

I’ve noticed recently as well that lads take and post more pictures of themselves with their mates on social media, something that is usually associated with girls, and it’s refreshing to see that this is becoming ‘normal’ nowadays (even if that ‘normal’ is just taking the mick out of each other). Barriers are breaking down, and guys appear to be more comfortable with expressing themselves more openly as a result.

Despite friendships between men and friendships between women being completely different, I wouldn’t say either is more intense than the other. Friendships work in mysterious ways, and I’ve had some very intense and close friendships with both males and females in the past that I still have today. All it takes is to have that one friend you can be yourself with and who you just truly gel with for it to feel pretty special, and in its own way, almost like you’ve always been destined to be friends with each other.