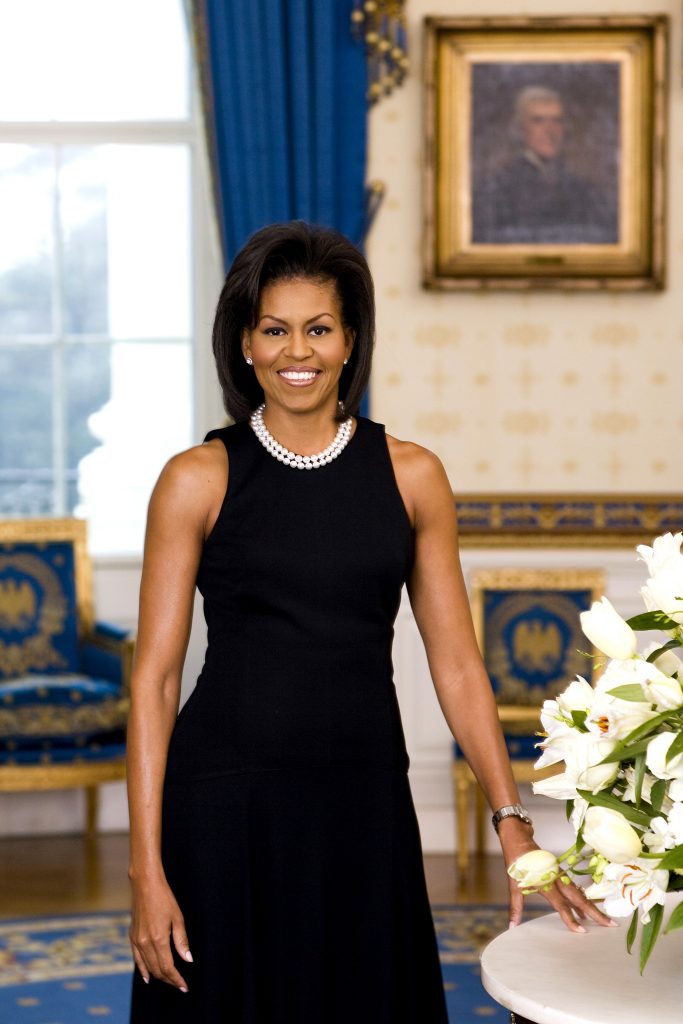 This Christmas, I was hoping someone would get me Michelle Obama’s memoir. She was a woman who I had long admired for her grace, strength and wisdom. It mustn’t be easy having a charismatic husband, let alone being the First Lady. I wanted to find out more about her life. Luckily, my dad prevailed and bought me a copy.

The book is quite long, 421 pages. It’s only available in hardback at the moment. The cover features a smiling picture of Michelle, honestly, she is stunning. As for the writing, it is brilliant. Michelle is a trained lawyer, and it shows. Her book is clear, concise, meticulous and thoughtful. The memoir is divided into three sections: Becoming Me, which details her childhood, Becoming Us, which details her relationship with Barack and his early political career, and Becoming More, which focuses on their time in the White House.

My favourite part of the book is probably when Michelle describes her childhood and Barack starting his political career. She had a modest upbringing, two strong-willed and hardworking parents, who ensured their kids got the best opportunities: both Michelle and her brother went to Princeton. Her relationship to the city of Chicago is also most intriguing, she describes up-close the gentrification of the neighbourhoods that surrounded her and white flight. She analyses her career trajectory with a fine-toothed comb: at twenty-five, she was a high-up lawyer and Sidley and Austin, a big-wig Chicago law firm, with her own office. But she wasn’t happy, her job wasn’t meaningful. And this is where it gets really interesting.

A major theme that permeates throughout the book is the idea of helping people and meaningful public service. Michelle leaves the law firm to work for Chicago’s Mayor, later she works in community outreach programmes, getting youth leadership schemes off the ground, getting poorer folks healthcare. She has a completely different approach to her husband: she believed that she could do good and give back to her community without getting involved with politics.

In fact, she hates politics! She didn’t even want Barack to run for office, as their kids were too young and it would mean he would have limited time for family.  She even discusses very personal things such as marriage counselling, miscarriages and IVF. This rawness is welcomed, this is an honest memoir; she even admits she only “allowed” Barack to run for president because she never thought he would win, because (to paraphrase her) at the end of the day, he was a black man in America.

The role of First Lady is also scrutinised in the book. This role has no official guide map, but Michelle decided to spearhead campaigns that focused on military families and obesity. I was surprised to see how pro-military she was, not just with reference to honouring the servicemen. She doesn’t critically analyse why these young men have been maimed, or why these wives are now widows. Surely, she sees that their sacrifices are not simply to “keep America safe”, but a part of a much larger problem of a military industrial complex, with American troops fighting in unnecessary wars? This was my one criticism of the book.

The one thing she isn’t afraid to criticise is her husband or politics. She is a neat freak, while Barack is a messy person, who even used to be a serial smoker. She gives out about when he failed to write his book on time, and didn’t study enough to pass the bar exam. The book really gives a great insight into his character and their relationship: he arrived as an intern in Sidley and Austin, she was his mentor (although three years his junior). Both went to predominantly white colleges, both excelled at lawyering, but it wasn’t where their true passions lay.

Some of the most poignant parts of the book are about how she worried about the effects public office was having on her children, how she struggled to cope with all of the criticism the media and trolls were throwing at her, how she had to get media training to make herself seem softer and more likeable, to avoid the unfair “angry black woman” stereotype. Her candidness is refreshing, also, she doesn’t mince words about Donald Trump: she calls him out as a bully.

The book concludes with her saying: “There’s power in allowing yourself to become known and heard, in owning your unique story, in using your authentic voice. And there’s grace in being willing to know and hear others.” If this isn’t an excellent summation of what we should all strive to be, I don’t know what is.