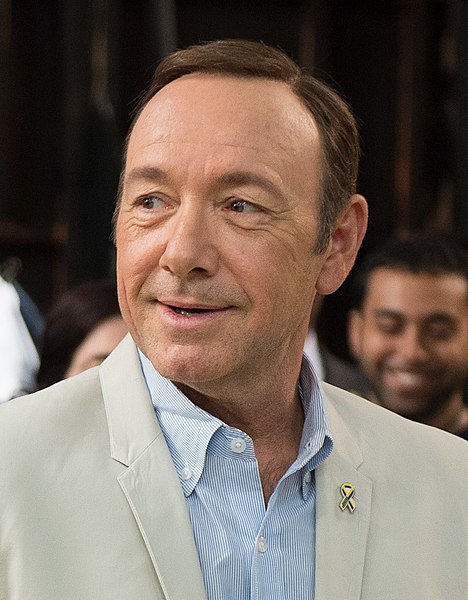 Just as the sun began to set on 2018 and Kevin Spacey had totally faded from the public eye, the disgraced actor re – emerged in truly bizarre fashion. Christmas Eve saw Spacey tweet for the first time in over a year with a video in which he seemingly denies the numerous sexual assault allegations made against him, in character as Frank Underwood from House of Cards.

The vague, almost tongue in cheek clip left us with more questions than answers. Was this some sort of strange cry for help? Was the boisterous and charismatic Spacey simply getting in on the festivities of the holiday season? Naturally something more sinister was at play. The video came within hours of Spacey being charged with felony assault and battery for a 2016 incident involving an 18-year-old man.

Despite the shock and awe generated by the sudden release of Spacey’s high production value Let Me Be Frank routine, we shouldn’t be surprised. This is the same man who responded to actor Anthony Rapp’s sexual abuse allegation in 2017 with a press release that trivialised the incident. Kevin Spacey tried to rebuke an accusation of molesting a 14-year-old boy by explaining it away with drunkenness, and then coming out in the subsequent paragraph.

Kevin Spacey is doing all the wrong things in the age of #MeToo, regardless of his guilt or innocence. He was already forced out of public by the allegations, but his attitude since has turned him into a walking PR disaster. His initial statement in October 2017 was insufficient and tactless. His silence up until recently was respectful, simply because he wasn’t saying anything to further draw attention away from alleged wrongdoing. This latest stunt might be the worst of all.

Not only does the video feature the revival of Spacey’s iconic Underwood character but his actual approach to his legal issues appears to mimic what Frank Underwood might do in the same situation. He’s trying to manipulate the media and the public at every turn, painting himself as someone who has been victimised and mitigating the stories of his accusers.

There’s no denying that his handling of the case has caused more harm. In October 2017 prominent LGBT Hollywood personalities including Wanda Sykes and Billy Eichner accused him of using coming out to distract from Rapp’s allegations and also reinforcing the stigma that homosexuality and abuse are related. The Christmas Eve social media return took a case of the utmost seriousness and sensitivity and reduced it to the subject of a pre – prepared, pitiful denial, written directed and produced for 9.2 million viewers in less than two weeks.

It’s crucial that we don’t get pulled away from the real story at hand. Kevin Spacey faces up to five years in prison for a criminal charge of assault. The alleged victim claims to have video evidence proving Spacey’s guilt. Whatever the outcome in court, he has revealed his true colours has a reprehensible man lacking awareness for how his actions negatively impact those around him. He made a failed attempt to avoid his next court hearing showing he won’t even face his accuser in person. He was recently seen wearing a cap branded “Retired since 2017”. Hopefully it stays that way.