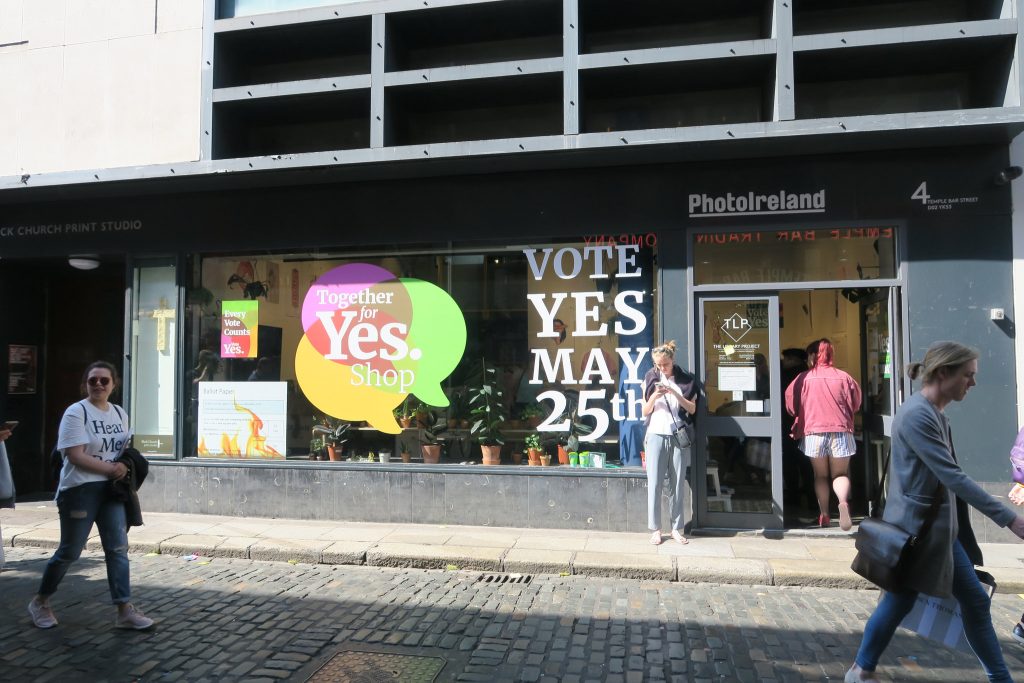 It’s the last issue of SIN for 2018 so with that in mind, here’s a quick flick through the year just passed – it’s been an absolute rollercoaster, but it came with a lot of great victories and societal progress.

We repealed the Eighth Amendment. Thousands flew home from abroad to vote and it was a landslide victory for the women of Ireland! 66.4 per cent of people voted to legalise abortion, with only 33.6 per cent of citizens voting to keep it in the country’s constitution. We also voted blasphemy out of the constitution and reelected Michael D. Higgins as President of Ireland, despite a last – minute surge in support for Peter Casey.

On the other side of the world, India decriminalised homosexuality and Saudi Arabia reopened their cinemas (which had been closed since 1983). The movie they chose to be screened first? The American film, Black Panther. They also allow women to drive, something women could never do before.

Prince Harry and Meghan Markle got married on 19 May, and Markle has been defying the royal rules ever since. From closing her own car door (gasp), wearing a cross – body bag and having a political opinion (she’s hinted that she is pro – choice), she’s a breath of fresh air that really has been welcomed.

Jordan Peele was the first black screenwriter to win the Oscar for Best Original Screenplay. His film Get Out was a box – office hit and a critically acclaimed success in 2017, and it was a delight to see him bring home the award.

Donald Glover (Childish Gambino) released the song ‘This is America’. The video took the internet by storm, sparking political conversation about America’s lack of gun control and the increase of school shootings. Glover’s video says so much in just four minutes, and has reaped over 400 million views.

Donald Trump and Kim Jong-un met up, following Trump’s acceptance of Jong-un’s invitation. The two met in Singapore to discuss the denuclearisation of North Korea – the first time a president of either country have had a summit together. Nobody saw that one coming and Barack Obama called it “a serious mistake.”

That damned GDPR was introduced in the EU, and I don’t know about you guys, but I’ve been cursing it ever since. With it came pop – up ads on every website and emails urging you to update all your passwords. I don’t know how many times I’ve been asked if I accept “cookies” (I quickly learned I had the wrong kind of cookies in mind). Though it’s all in the name of safety, it’s undoubtedly a bit of a pain.

Canada legalised the sale of cannabis for recreational use as of 17 October, and is the first majorly industrialised country to do so.

On 10 July, 12 boys and their football coach were successfully rescued from a flooded cave in Thailand after being stranded there for 17 days. The operation took days, with each boy exiting the cave accompanied by two expert divers and embark on a journey several hours long in order to escape.

Narongsak Osotthanakorn, commander of the mission said upon the successful rescue; “We [have done] the thing that people thought was impossible”, and I think the same can be said for much of 2018’s feats.