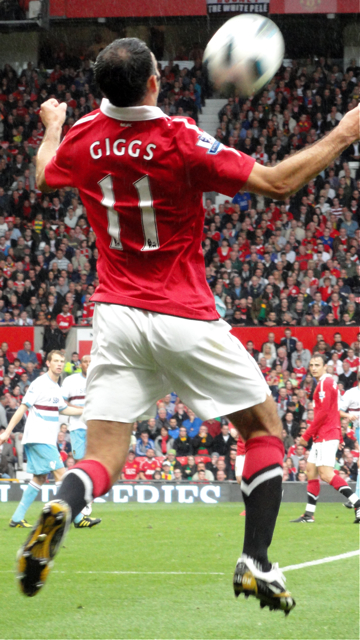 When players in most sports get to their mid/late 30s, especially in high – octane sports, they tend to notice their own body not performing the way their brain wants it to, or the way it used to. The internal realisation that you’re not performing to the standard you were before is tough to deal with, but what can be tougher is the external reaction.

Alex Ferguson always had a rule that no man was bigger than the team. However, he had a more unspoken rule, whereby nobody would stay in the team, or even the squad, if they were no longer up to the standard. Many players were cast to the wayside with little sympathy if their contribution was no longer worthy of their presence. His rule was largely justified, and he seemed to have an impressive eye for a player being “past it”, most of the time anyway.

That said, every rule has its exceptions. Derrick Rose, for example, scored 50 points in an NBA game as a relative veteran at 30-years-old just last month. Here are four more sportspeople that defied the odds to shine on into the sunset in the final phase of their careers.

The most obvious example that comes to mind for this topic is the Welsh winger. Having broken into the United team in March 1991 as a 17–year–old, he went on to star for Ferguson’s dominant team throughout the 90s, ending the decade with the historic treble win at the age of 25.

Ever – present in the team, Giggs never dropped below a certain standard, but never seemed to push past the level of “very dangerous winger”. However, after the emergence of Chelsea as a serious force during the mid – 2000s, Alex Ferguson began to change the style of the team, from a traditional 4-4-2 set up to a more varied attack.

With that, came the reinvention of Giggs as a deep – lying winger with a freedom that allowed him to carve defences open with passing, and he used his brain and experience to put himself in the right positions. In the 2008/09 season, ten years after securing the treble, Giggs was named PFA Player of the Year, becoming the oldest player to win the award.

When Giggs won the at the age of 35 years and 148 days, he became the oldest winner. The player he beat? Teddy Sheringham, who won the award in 2001 as a young whippersnapper of only 35 years and 27 days. The former England striker famously didn’t get on particularly well with Manchester United strike partner Andy Cole, but that didn’t stop him remaining a key player for Ferguson’s team well into his 30s.

Sheringham went on to become the oldest player to score in the Premier League, netting for West Ham on December 26, 2006, as a 40 year-old, in a 2–1 loss to Portsmouth.

No discussion about long – lasting sporting careers can happen without Sir Stanley Matthews CBE. Born in 1915, he went on to play 15 years with Stoke City between the ages of 17 and 32, which included the Second World War period.

He made the move to Blackpool, where he had the most success, just after the war. Despite almost being shoved out the door of the club and transferred back to Stoke, the Blackpool manager at the time kept the faith with Matthews and was rewarded with an FA Cup victory as the then 38–year–old inspired his team to overcome a 3-1 deficit to beat Bolton Wanderers 4-3, in what’s been known as ‘The Matthews Final’ since.

An out – half as talented as there has been with the ball at his feet, Johnny Wilkinson brought England to a World Cup title in 2003 with a drop goal that won the final against hosts Australia.

Just 24 at the time, it appeared his best rugby was in front of him, but unfortunately, he had horrific luck with injuries and his career was disrupted heavily for the next number of years. Every time he became fit again, he would show the world his ability, before imminently getting injured again.

Just when it seemed he would never win a trophy again, Wilkinson was signed by French club Toulon and reinvigorated his career. He won another Six Nations title with England in 2011, kicked 11 out of 16 points as his club side, captured the European title in 2013 and then 13 out of 23 points in 2014 on the eve of his 35th birthday to defend the competition. He retired a week later, after securing the double as Toulon won the French Top 14.