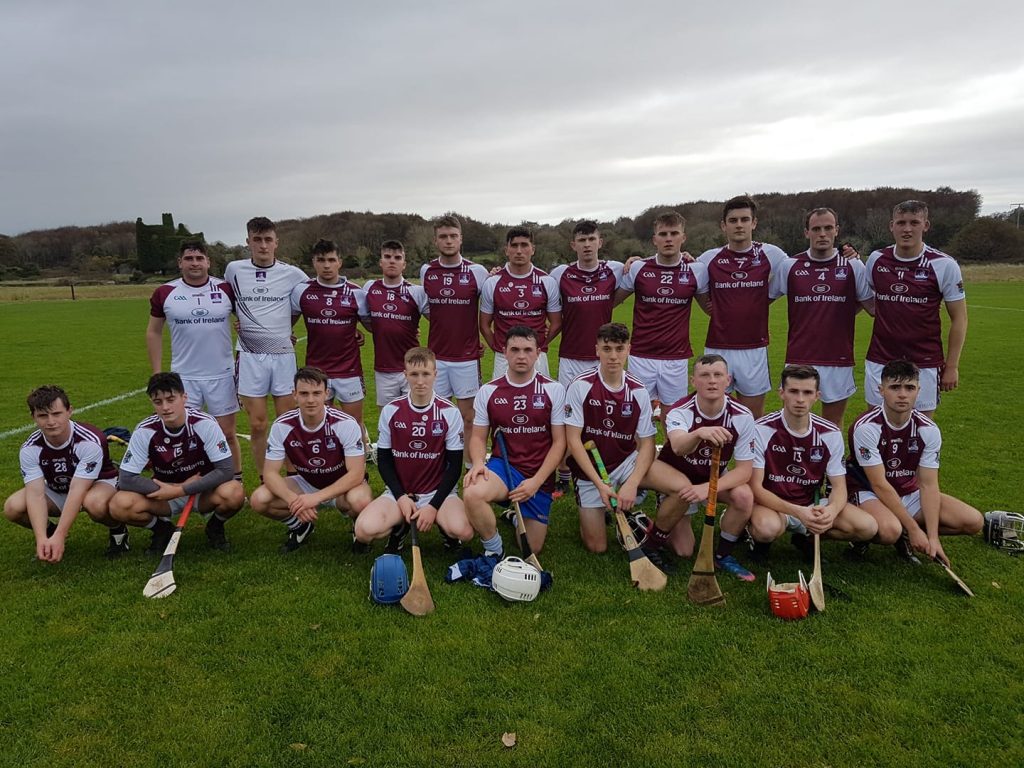 NUI Galway became the first team this season to take points off leaders UL in the Electric Ireland Senior Hurling League Division 1 Group A on Tuesday 6 November, after a thrilling 0–25 all draw in Dangan.

While they’ll be glad to put their run of losses to bed, Jeff Lynskey’s men will be slightly disheartened that they couldn’t seal the win in the end.

Going into this tie, NUI Galway knew they couldn’t make the quarter – finals of the league, after an impressive opening win against the Garda College which was followed by a disappointing loss away to LIT. However, it was the 23 – point loss away to Mary Immaculate College that put an end to the possibility of progression to the knockout rounds.

Nevertheless, NUI Galway began the game with a seriousness and a determination that they had been lacking in their away games. UL, league leaders, knew a draw was all they’d need to secure their passage directly to the semi – finals.

Dangan had a greasy surface from the outset after a morning of rain, however by throw in time, the showers had subsided, and conditions assisted both teams in a riveting flurry of points in the opening period.

Evan Niland seemed particularly lively and was to the forefront of the NUIG attack, knocking over points from play as well as dead balls. UL kept in touch with home side, mainly thanks to their own sharpshooter Alan Murphy, whose free – taking was of an exemplary standard.

Free – flowing inside forward play was restricted by the use of a sweeper by both teams. During the first half NUI Galway were particularly frustrated by their inability to avoid UL’s spare defender, Dan Joy. The Corribsiders did show a few times that with the right passing, they could open UL up, especially with the aerial threat of Cian Salmon and the pace of Conor Sheedy.

At the other end, centre – back Paul Hoban was cleaning up a huge amount of loose ball. The one time that UL broke through the rearguard, the home team’s goalkeeper Shane Hennessy made an outstanding first half save preventing a goal that would have been against the run of play.

The third quarter started as a tit – for – tat battle between the two sides, NUI Galway not pulling away and UL not exactly closing the gap.

However, as the half went on, UL gradually closed the gap and showed why they’re leading the table with some tantalisingly dangerous play. Hennessy made another brilliant save, denying a definite goal, before he was presented with his next challenge: a penalty. Up stepped Alan Murphy, however the Tipperary shot – stopper was not to be beaten today and once again kept up his clean sheet.

The introduction of forward Padraig Loughlin for UL was a key game – changer during the second-half, as he knocked over three points from play by the time the referee took down his name in his notebook.

Despite being a dead rubber for the home side, they wouldn’t let UL steal a victory and the game finished in a draw, at 0–25 apiece. It was a league campaign that reeked of inconsistency for this NUI Galway team, with two strong home performances and two heavily disappointing away results.

However, the possibility of Lynskey’s men putting up a strong challenge for the Fitzgibbon in the spring should not be ruled out, as a full squad plus a couple of month’s training could form a squad that any team would be worried to face.