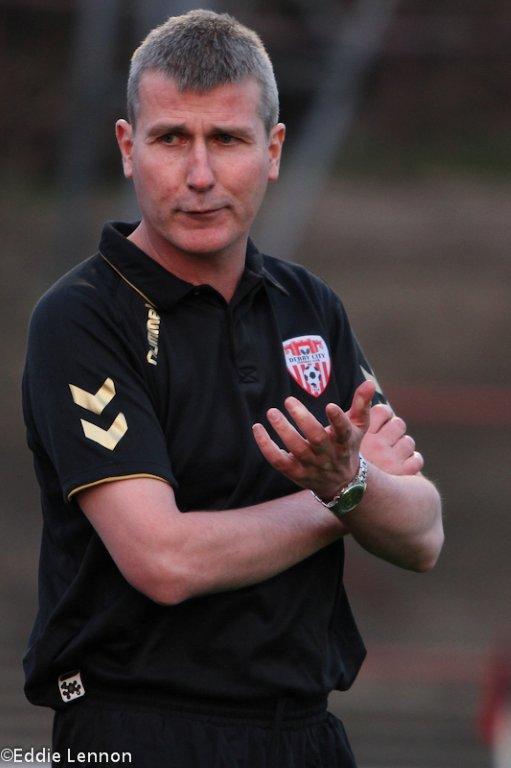 Confidence on the ball, trust in your team mates and a plan to break down your opposition? These footballing concepts were seemingly alien to Martin O’Neill and his Irish squad. We’re more familiar with hoofing the ball as far up the pitch as possible, as we’re not good enough to actually pass the ball to each other.

A group of players who have reached the heights of professional football, yet drape them in an Ireland jersey and they suddenly fear a football. A team of Premier League players who cannot pass the ball. It doesn’t add up, does it?

Belief is a huge thing in life, not just within football. When I look at the Irish national team, I don’t see belief. I see heart, endeavour and hard work, they can never be faulted for that. However, at no point do I see them believing that they are better than their opposition.

As fans we live off scraps of good play as we enthusiastically applaud the rare moments when we see our team string a few passes together, it gives us proof that we can do it and hope that we will continue to do so, but it never materialises.

Relying on defensive shape, blocks, and knock – downs can only get you so far. At a certain point you have to utilise your own skills and ask questions of the opposition that go beyond pumping the ball in the rough direction of the goal.

We have the ability, there are some quality players in our ranks. We’re just not getting the best out of them, we’re getting nowhere near it. Fulfilling a team’s potential boils down to the players individual commitment, and the managers ability to get the best out of them. Sir Alex Ferguson was the master at this.

There’s no doubting the boys in green’s commitment to the cause, so we must look towards the management. Martin O’ Neill and Roy Keane are not the men to get the best out of our squad and move them forward. They have instilled their beliefs and footballing philosophies into their players. Those beliefs seem to be that we aren’t good enough.

So, what can we do to resurrect our national team? Stick with the same failing management and hope for the best? Turn to another has – been, such as Trapattoni? Or turn to one of the brightest coaches this country has ever seen? This coach is Stephen Kenny and he has achieved unparalleled success with his Dundalk side.

He took them from the brink of extinction in 2012 to win four league titles in the past five seasons alongside two FAI cup triumphs. Arguably their biggest achievement however, was becoming the first ever Irish team to earn a point in the group stages of a European competition as Kieran Kilduff notched a late equalizer away to AZ Alkmaar in the Europa League, despite the Lilywhites being reduced to ten men. It could also be noted that Manchester United succumbed to Alkmaar’s Dutch compatriots Feyenoord 1-0 on the same night in the same competition.

To further put this into perspective, that one goal earned Dundalk more in prize money than winning the League of Ireland. Stephen Kenny’s men were not finished there however, as they went on to earn a famous and well – deserved victory over Maccabi Tel-Aviv, truly announcing themselves on the European stage.

In my view, their next two games of that European adventure sum up why Stephen Kenny should be the next Republic of Ireland manager. His men took on the might of Russian giants Zenit Saint Petersburg.

Stephen Kenny’s men stuck to their beliefs and their passing style of play. At no moment did they fear the Russian juggernaut, they in fact believed in their ability to dispatch the men in blue. They looked at home, sticking to their principles of progressive football, no matter the opposition.

Cruelly, as is the nature of football, Dundalk ever so narrowly lost out in those games. With all the millions and prestige separating the two clubs off the pitch, it was only a single goal and the width of the post which separated them on the pitch.

“We know about ‘kick and rush’ [style in Ireland], but they played good football and tried to win the game. It wasn’t the Irish style, not just long ball and fighting for every ball. Dundalk are the best team we played so far, and if they can play with this fighting spirit and this motivation they can qualify from the group.”

Stephen Kenny and Dundalk earned their success through playing progressive football. With the scarcest of resources, he built a team capable of playing and competing with the best, playing attractive football along the way.

If Witsel could see it after 90 minutes, then why can’t the FAI? Why can’t we? These comments are reflective of a manager who can instil belief in his players and create a culture of progressive, passing football. Kenny in fact has recently discussed the backwards attitudes of Irish football and the notion that we aren’t anything better than long – ball merchants.

“I just find that attitude so frustrating, I can’t comprehend that. Part of our problem is looking at what players can’t do rather than what they can. A whole generation of coaches influenced by that sort of no risk football and players who’ve come through playing that way.”

“They think that suits us, it’s in our DNA in Irish football. And I find that offensive, I really can’t stomach that idea. I can’t tell you how much I really dislike it.”

These comments are in stark contrast to how Martin O’Neill and Roy Keane view and manage their team. Kenny has proven that Irish players at even our modest domestic level can play progressive, winning football when they have a manager who believes in their ability, rather than one who focuses on their limitations.

It is very clear who the next Republic of Ireland manager needs to be.