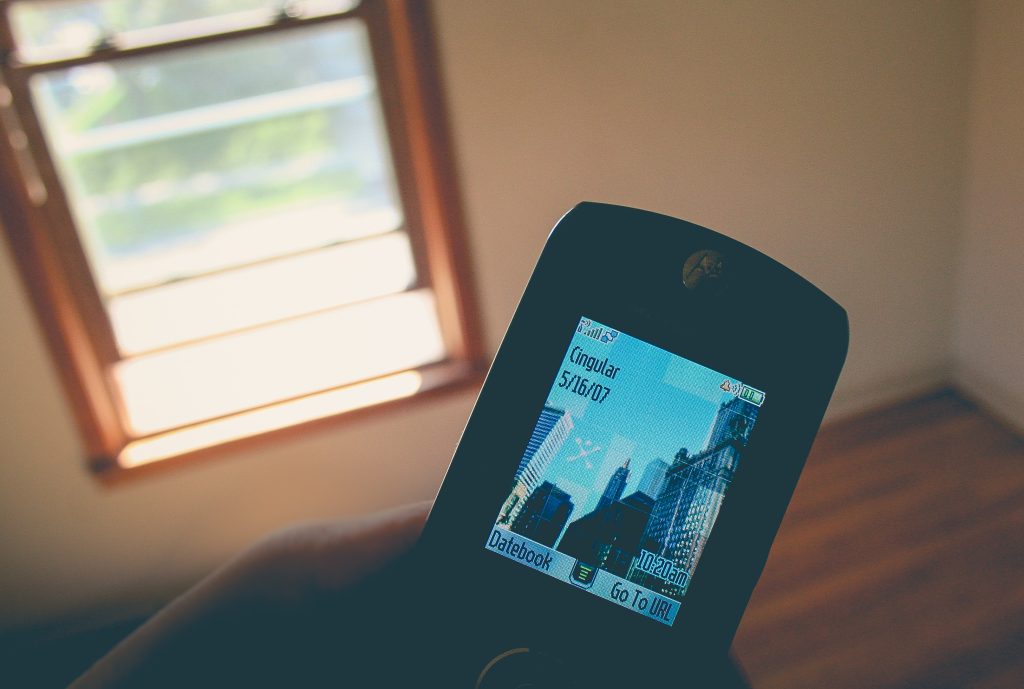 Nowadays, I see young little kids with their selfie sticks taking selfies and contorting their face into that god – awful duck face pose and I think to myself, why aren’t they out playing in the street? Look at the colourful leaves on the ground, why don’t they go over and throw them about the place instead of worrying about how they look in a selfie?

I grew up that way, playing outside with friends and causing trouble the way kids do, but it’s a different generation today. A generation where technology clouds their vision, and if we were to take that technology away we would have the biggest tantrums ever on our hands.

I remember on my Communion day, I had been given my first phone ever. It was a grey and white Nokia phone and it was a little bundle of joy. I didn’t care that it had no camera and I wasn’t even aware that the Internet existed! All I cared about was being able to play the snake game.

Do you remember the snake game? The one where the more food the snake eats the longer it grows, and you must try not to direct the snake into any walls or its growing body? That was a fun game. Now, it’s all Fortnite and other online games that over – rule any game that was labelled fun years previous. There was also a sheer thrill from listening to the different ringtones and calling someone when they were right beside me. No one cares about that anymore though, it’s all online shopping and posting the best Instagram pictures to see who’ll get the most likes.

Personally, I think the ideal age for a child to get a phone is the age of 10. However, the type of phone should be a flip phone or the one with just the screen and buttons. I think children should earn their parents trust first before a more updated phone is bought.

The simple type of phones will teach the child to learn how to use a phone in times of an emergency, and to be grateful for what they have. Also, around that age they will be learning about the importance of the internet and social media safety in their schools. I don’t understand the whole concept of buying a state-of-the-art iPhone or Android and willingly give it to a child without creating some boundaries.

How is a child supposed to know what they can and cannot do online? I wasn’t given my first touch screen until I was 14. I considered that a good age because I was aware of the dangers of social media and knew better not to post anything personal on whatever apps I was on. I was strictly forbidden to join Facebook until a certain age, so I was allowed start off small by joining Snapchat. I only used it for talking to my friends and the rest of my time was devoted to roaming the games on the Google Play Store.

Every parent should explain the dangers of the online world to their child, especially when a new phone is involved. There are predators at every corner and the importance of staying safe online should be emphasised to children today. Technology is at every angle in society, with people on their laptops in cafes, people’s eyes glued to their phone screen and young children stressing over their low phone battery instead of playing outside in the fresh air. I didn’t know what a ‘selfie’ was at their age, and that doesn’t even bother me now.