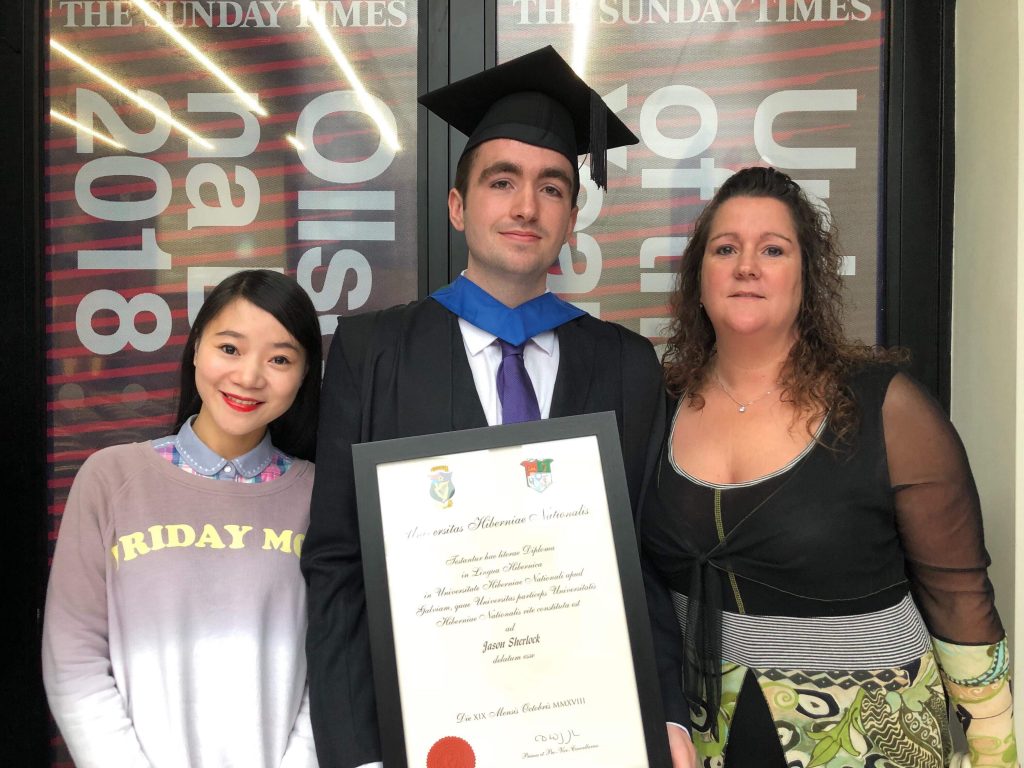 I hated Irish at during my time in secondary; I always thought it was a useless, dead language. I would have said it was obsolete like Latin. I refused to learn it at school; I received so many teacher notes and detentions for refusing to engage with it.

One time I even met my GP to get him to write me a letter saying Irish was affecting my health dearly, and it would be best (with regards to my mental health) if I dropped it.

That didn’t work out, so I even took an official dyslexia test and cheated on it to make my score worse so I could drop Irish, but that didn’t work either.

I also brought my German homework into my Irish class to work on instead of Irish, because at the time I saw that as more beneficial to me. I was born in Ireland and I attended primary school here, so there wasn’t a possibility of me dropping it. I also never heard it being spoken amongst my peers either so I thought, why bother?

My opinion of Irish changed when I left secondary school. I started to realise that Irish is my language. I refused to accept that until recently. I started to wonder why most of us do not speak it, or even try to speak it. Why don’t we speak our mother tongue? Irish is ours.

It’s the one thing we can have, no matter what is taken from us. I realised Irish is a part of who I am, it is my identity.

It’s a shame that our language is declining after we got the bit of independence we have. Why is Irish continuing to decline, especially in the Gaeltachts? That’s a fundamental question for our government.

I decided I needed to find myself, and I found me through Gaeilge. I signed myself up for a diploma in Gaeilge and I’ve been attending evening courses in Áras na Gaeilge in the Acadamh since then.

I learned to love the language instead of hating it, and it has really worked for me. I’m a happier person than I was. Irish is fundamental to me as a person, and we should all speak it.

I’ve been inspired by the music videos on YouTube by TG Lurgan, they translate the most popular songs into Irish and sing them. I saw that Irish language is very much alive as so many people, older and younger than me, sang it. I felt ashamed that I neglected my identity for so long.

I recently graduated with a Dioplóma i nGaeilge Friday 19 October. It filled me with such pride knowing I accomplished something. I hope my experience is a source of inspiration for others. We can all start learning Irish if we give it go. We can take it step by step, day by day. Irish is only dead in your life if you let it be. Keep it alive. Tá an Gaeilge beo!