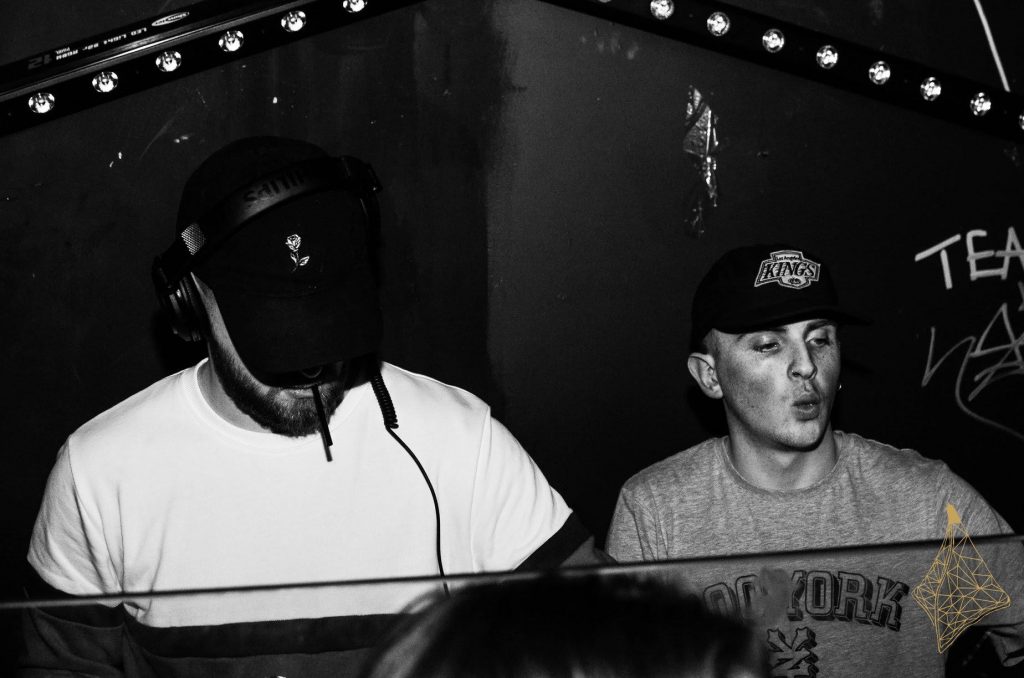 Cóilí/Shampain is a resident DJ in Electric nightclub, former electronic music editor of District Magazine, contributor to District and Four Four magazines, former resident DJ of Hangar, and has written for Mixmag and worked on Rinse France.

One thing that’s incredibly surprising, and a bit disheartening, is that we as a society have managed to unlock a plethora of ways to do and evaluate things in the most efficient ways imaginable. We live in a society where flexibility is king, and where cutting corners may not be approved, but it is a given. This is in order to tick all the boxes to be a functioning member of the community, no matter the occupation you have.

Take the NBA for example; players are no longer heralded for highlight plays or dramatic heroics; we as fans expect as much, but pundits and the powers that be look for players that can do it all. Players must not only fill a box score, but pass with flying colours when it comes to advanced metrics. The same rule seems to be applied more and more in all walks of life, even in employment. The years drift by and the average speed of members of society ramps up a notch or two, almost on a monthly basis.

Young people are at the core of this huge flux in the way our society operates. Our adoration of technology, social media and consumption, for good or bad, has changed the way everyone lives. It’s definitely heading more in that direction, rather than in reverse. For that reason, it’s quite puzzling that our futures are still so firmly placed within the norms of a society gone by.

21 years is roughly 7665 days, which is 183,960 hours spent upon the earth’s round or flat surface (leaving that open to interpretation). That’s undeniably a long time, but for some reason it’s looked upon as only a meagre number in the grand scheme of what society lets us think.

The same society expects us to adapt to a new way of doing things in the click of a finger. It expects and demands of us to push our capacities to the limit and to never waste a minute. Yet, it still dismisses one’s time spent on the same earth as if it’s nothing compared to that of more seasoned superiors.

Of course, there’s no denying that if one person is older than another, then indeed they have spent more time on earth, but it doesn’t necessarily mean they’ve experienced more.

How one chooses to spend their time is up to them, and all humans are different. Someone who has existed longer might have a louder voice compared to someone who has not spent as much time respiring, but the younger could have experienced much more than someone far superior to them in age. This notion is gaining traction thanks to the outspokenness of young people in 2018.

The example of the NBA wasn’t one born out of a particular fascination with a sport the author was never physically inclined to succeed in (actually it was, but I’ve just tied it together nicely, let me live).

In the league, the most advanced and useful metric for evaluating how truly effective players are while they’re on the court is the PER; Player Efficiency Rating. It takes into account a wide range of factors that most basketball fans find hard to swallow, so they won’t be spewed out in this particular discussion, but in short, it weeds out the glam from the good and shows what players actually have the most efficient impact while they’re on the court.

In turn, the PER has managed to gift some of the more unheralded and under the radar players with contracts more traditionally reserved for players with more experience and more star power, leaving out players that used to grace magazine covers, who are now gracing the bench instead.

The PER is something that in 2018 could really be used in a human context: Personal Experience Rating. Rather than asking someone their age and then determining how valuable their opinion is, how skilled they are at their trade and ultimately how valuable they are to society, one could instead ask for their PER, which could indeed be made up of how well they’ve spent their time on earth, rather than how long they’ve spent on it.

“Where are you going with this?” exclaim a series of readers in unison.

It was widely reported that NUI Galway elected to refund both third and fourth year students for the fees they paid for their third year of the BA with Journalism course. It would be entirely juvenile and pointless to berate a course that has already admitted it’s not worth the time or money that was spent on it, that much has already been (albeit very lethargically) done.

This admission from the powers that be is a not – so – common apology from old to young, and one that also calls into question the current system we all find ourselves apart of, especially in more creative industries, ones that would benefit from PER ratings.

I was never one to think that I’d sit in a variety of lecture halls on University Road for four years and find myself walking in the door of a gleaming magazine office, still draped in my graduation attire, waiting to slap my degree on the editor’s table and land myself a key role as part of the staff.

As laughable a notion as that sounds, it’s the only one that really matches up with the current ideology of the creative college system. Creative industries are symbiotically linked today with social media and technology, undoubtedly the most rapidly changing facets of today’s society. With that being the case then, why are we expected to sit and brew for four years while the world around us continues to spin at a faster rate than it ever has?

That’s not to say that one just sits down for four years, but the learning advantages of real life journalism are more beneficial than those attained discussing hypotheticals on a Thursday afternoon, when all anyone really wants to do is get out in time to grab a Boojum on the way home.

Sitting in a CCTV room in JD Sports, face to face with Bugzy Malone, is definitely a situation that alters your interviewing techniques. Being tasked with making an email interview beefed out enough for a cover interview for a real magazine definitely calls your writing ability into question, especially when you’ve left it to the last minute and you’ve chosen Rick and Morty as background noise (which I hate by the way and I still get reminded of it every time I look at said magazine).

Writing bios for a prominent festival for their social media accounts, in order to sell tickets, pushes your ability to squeeze information into every single word.

Being on the phone and meeting up with some of your musical idols definitely makes sure you don’t mince your words in the key moment, something a piece of paper with your mark on it really does not.

All that and loads more will remain on the horizon, and this most definitely isn’t an affirmation of how much one person has achieved, there’s always room for improvement. It’s just to note that it’s definitely possible to go out and make waves in whatever you do, and that doesn’t require you to remain idle in an endless sea of seats.

Whether this is a rant about the futile nature of our current education system is neither here nor there. One should never just sit about and watch the world go by until you’re old enough to matter. LeBron James never went to college and by then time he had spent roughly 7665 days on earth, he made it to the NBA finals with a team of nobodies.

That’s not to say that you should be reaching for the lofty heights of arguably the greatest basketball player of all time, but don’t just sit around and act your age. There’s no point waiting on the society around you to change, because that will inevitably leave you in the same position as those before you: respected because of your obvious age and not your PER.

Young people are at the centre of how the world operates today, and instead of depreciating, why not just take our own future into our own hands and realise that being on earth is much more about what you do on it, than how long you inhabit it.

Plenty have and will continue to fall victim to a system that’s littered with hidden pitfalls, and it seems as though the path less travelled is the most profitable and enjoyable one, despite not being necessarily as recognised as a single sheet of paper.