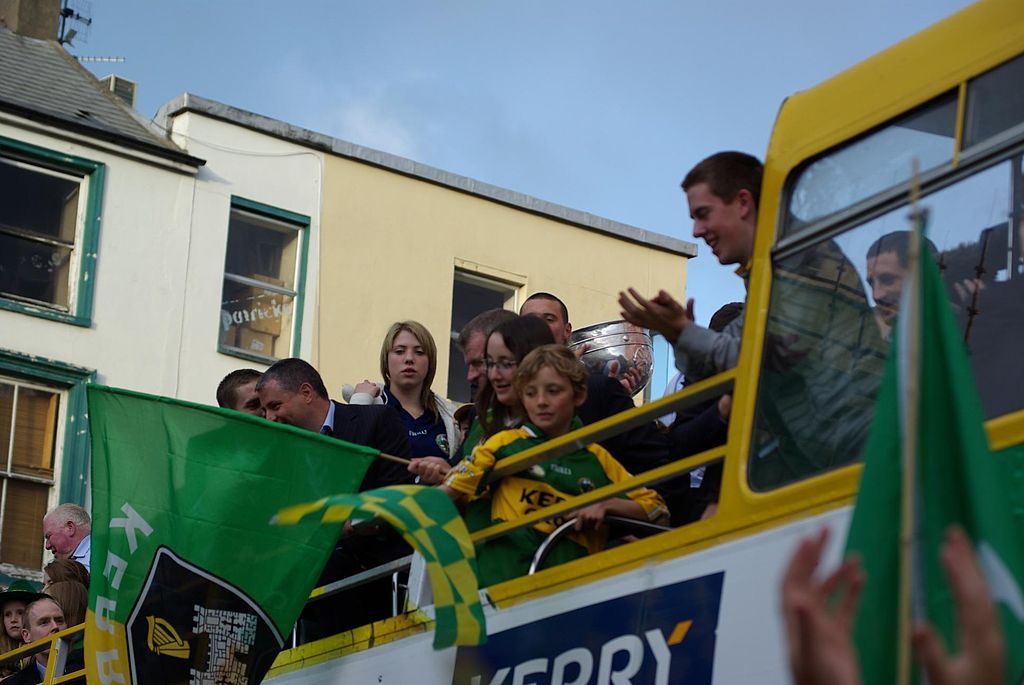 As Dublin quietly put preparations in place to capture the eternally elusive five in a row of All – Ireland Senior Football Championship titles, all eyes are on some of their nearest challengers for the Sam Maguire.

Perpetual bridesmaids Mayo have gone backwards in order to go forwards, as they turn to former manager James Horan to guide the team to the promised land of championship glory. Meanwhile, the curious case of the Kingdom has taken a step towards salvation with the appointment of Peter Keane as the successor to Eamonn Fitzmaurice at the helm of the Kerry senior footballers.

Keane, fresh from three in a row wins at All – Ireland minor level with his county, has a seriously talented and exciting team in front of him, but in Kerry, success is expected to be instant and consistent. Does Keane have what it takes for arguably the toughest job in GAA?

There’s an argument to be made that no matter who Dublin face in the All – Ireland Championship, no matter the manager or the players they’re up against, that they’ll prevail. In that sense, it’s possible the appointment of Peter Keane is as irrelevant to the race for Sam as what colour socks you choose to wear next Monday morning.

However, looking at the Kerry team Keane now has at his disposal, coupled with a new voice, his own playing style and an unrivalled bank of knowledge of the county scene in the Kingdom, perhaps this is what Kerry need to propel themselves back into the running for an All – Ireland title.

Last year, they missed out on the semi – finals after a frankly disappointing Super Eights campaign. However, despite the horrific reaction from fans and press alike surrounding the games against Galway, Monaghan and Kildare, it was only the two – point loss against Galway that sent Kerry out of the championship. The draw against Monaghan was a snatch and grab, without a doubt, but it seemed more like a show of potential rather than papering over the cracks.

What will have frustrated Kerry supporters over Fitzmaurice’s term is the potential that the team has shown, without ever taking it to the places they probably should have. A common criticism of Fitzmaurice, until 2018 at least, was his reluctance to trust the youth in and around the squad, which one would have to imagine won’t be an issue for Keane.

When Fitzmaurice did put faith in the younger players, he was fully rewarded. A large part of that was the rapid acclimatisation made by David Clifford to senior championship football, but the likes of Sean O’Shea, Micheal Burns, Jason Foley and Gavin White all showed the strength that’s going to be in the Kerry team for years to come.

However, as stated above, Kerry managers don’t have years to bring success to the South West and as Eamonn Fitzmaurice found out, when the fans and county board have lost patience, there’s only one direction the manager is going. That’s not to mention the intense media attention that Keane has been able to avoid to an extent with the minor gig.

The vast majority of GAA followers around the country won’t know what his voice even sounds like, whereas most would instantly know Fitzmaurice’s voice without even seeing his face. How the Caherciveen man copes with the newfound intensity that accompanies the senior gig will be an important indicator of how he’ll fare.

Of Keane’s managerial career so far, not many will know the extent of success he’s achieved. He brought his club to an All – Ireland title in 2011, while he also brought James O’Donoghue’s club Killarney Legion to the County Final in Kerry for the first time since 1946.

On top of that, he’s taken three different teams to All – Ireland Minor success in a row, a more impressive feat when you consider the latest team he took to All – Ireland success were an entirely new group of players after the changing of the age groups. He has also developed an incredible insight into the workings of the majority of players under the age of 23 in Kerry, and given his reputation for being a fantastic man – manager, it appears the Kingdom might have a man who can internally prepare them for the challenge of the Dubs.

On the field, his playing style will likely garner more support from Kerry purists so to speak, who became frustrated by Fitzmaurice’s inability to get the most out of the stacked forwards in the big games, which was softened by the emergence of Clifford this last year.

Whether Mayo’s tactic of going back to Horan to try and overthrow Gavin and co. pays off is more dependent on what consistency in the squad he can put together, but for Keane, he seems to have all the raw materials to make this work. At least, one can hope.