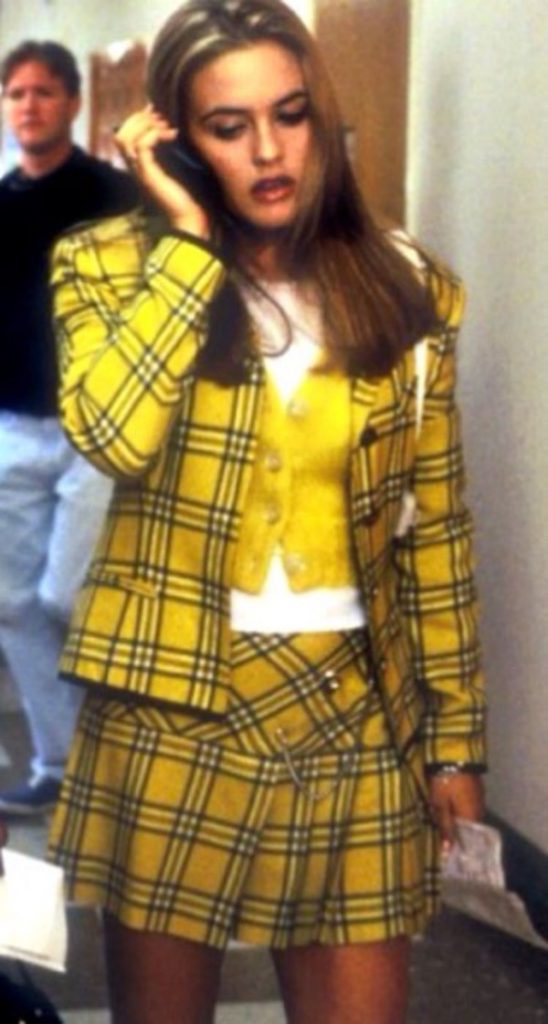 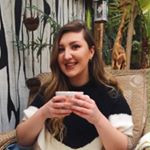 As if I would not do something special for Halloween! In this issue we are channelling our inner Cher Horowitz, played by Alicia Silverstone. Released in 1995, Clueless has remained a central part of pop culture, not only inspiring fashion trends but providing inspiration for the entertainment industry as well. Australian rapper Iggy Azalea resurged the love for the chick flick with her song ‘Fancy’ back in 2014 by dressing as the character. Continuing the obsession, Clueless, The Musical is currently in the works with Dove Cameron to play the leading lady in the off-Broadway show. Now with the 90s trend at its peak, it’s no wonder that Cher has risen as an icon.

Step one in the Cher transformation has been the easiest step to date. Her makeup is always simple, aligning with beauty standards and popular products of the time. Cheap and cheerful lip gloss is all you need. I recommend Rimmel’s ‘Oh My Gloss’ lip gloss and it’s only €6.99, available from Boots. They have a sheer shade ‘Crystal Clear’ that will work with any lipstick. 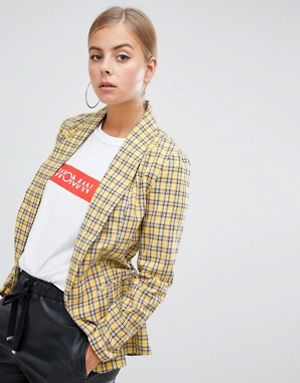 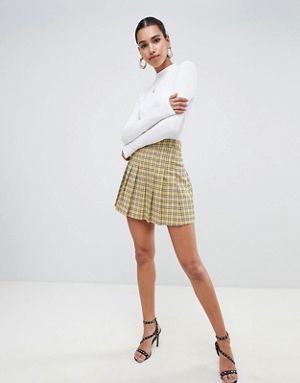 Seeing as the 90s are so in at the minute, finding a copycat outfit couldn’t be easier. The classic Cher yellow plaid look is everywhere. Zaful have a doting pair of yellow plaid trousers on their site. New Look brought out a gorgeous pinafore. But the pièce de résistance is this co-ord from Boohoo (via asos.com). The pleated skirt looks identical to the original and for €27.65. Aside from being ideal for Halloween, it doubles as an everyday skirt for college paired with a cute jumper and boots. Pair the plaid with even more plaid. The blazer is on the pricier side at €38.71, but if you’re a true 90s kid you know how incredible the combo is. To complete the ensemble, add a plain tee (€5.99 Bershka) and yellow cardigan (€7, Penneys). Extra brownie points if you can get your hands on a pair of white knee – high socks.

Often what people admire most about Cher, aside from her impressive walk – in wardrobe, is her confidence. This character always believed in herself. She was so determined and strong that she made everyone listen to her, even at times when she was wrong, like mispronouncing ‘Haitians’. Without realising it, Cher became one of the first feminist characters young women would see in films. Obviously, she was not the only one, but definitely one of the first that millennials would widely receive. Without Cher Horowitz would we have Elle Woods, Rory Gilmore or Blair Waldorf? Frankly I don’t think so. We can really learn something from Cher. We can learn to be unapologetically ourselves.

Granted, Cher is not a role model as such. After all, the film is called Clueless. However, there are aspects of life Cher had a clue about. She set high standards for herself and the people around her. When it came to love interests for the character, Cher realised she didn’t want to bother with the petty ways of high school boys. She wanted more and wasn’t afraid to admit it. With her unwavering ideals she finally found happiness with Josh (Paul Rudd). Not a high schooler, but a college guy.

She was never depicted as a damsel in distress. She opted not to waste time on boys that weren’t an equal match for her. If Clueless was set in 2018, Cher would be the worst person on Tinder ever. She would barely swipe right, probably just for Trinners. She cared about how she looked, but for herself. Without worrying about impressing boys like many teenagers do, she dressed to make herself happy.

Halloween is a time when we can pretend to be someone else for the night. Wearing a character – inspired costume, we walk in their shoes. If you decide to be clueless this Halloween, take a part of Cher with you when the night is over. Believe in yourself. Own who you are. And above all else, figure out a way to turn her computerised outfit organiser into an app. It’s 2018, that should be a thing by now, but whatever!