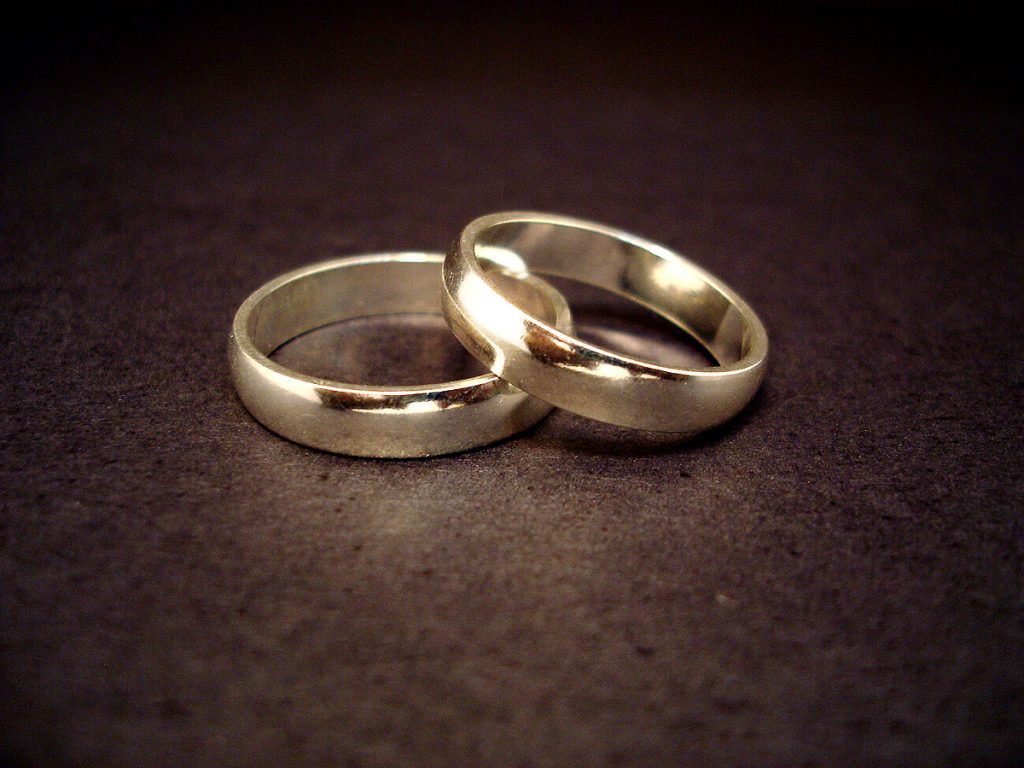 What’s in a name? That’s what the modern Irish woman has to ask herself when getting married. It’s still an unspoken assumption that a woman in a heterosexual relationship will adopt the man’s surname. Nobody but the most cantankerous old crone cares if a woman bucks the trend and keeps her previous moniker, but she’ll probably have plenty of well – intentioned people referring to her as Mrs Newname until she corrects them.

It’s of no consequence to me and most Irish people if a woman freely chooses to change her name; many view it as a gesture of love, loyalty and commitment. It can also be an easy way of shedding a name shared with a deadbeat dad or a diabolical murderess from the 1700s. Though personally I would be flattered about the latter.

Irish surnames are traditionally patrilineal, so most of us have a man’s last name anyway. However, I think there’s something to be said about the unique identity Irish women carve out with our maiden names. CSO statistics revealed that the average age for a woman to get married to a member of the opposite sex was 34.1 years in 2017, many of whom will already be successful in their professional or creative life. If all your personal and career achievements have been with your birth name, it’s stressful to have to start all over again under a new one.

But there are practical reasons for adopting a single family name. It makes things easier when relatives don’t have to worry about being separated on a flight because their names were in distant cells on a spreadsheet, for example. However, this can ring a bit hollow when Irish men are unwilling to take the same plunge as women. A survey of 1,492 men undertaken by Thevow.ie in 2017 found that 64 percent would not take their wife’s last name. I wonder why? Is it some innate masculine anxiety about carrying on your bloodline and being the head of the household? Is it too feminine a tradition? Do they think other men would slag them off? Or, and this is most likely, is it just too logistically difficult?

I’ve been writing from a very heteronormative point of view so far, but it’s even more complex in same – sex relationships. Just because they are in a ‘non – traditional’ coupling doesn’t mean they don’t want to partake in the old customs. Who assumes the role of ‘the man’? Well, you could do as one lesbian couple in America did and decide whose name to take by means of a soccer match. There are other solutions. You could also choose a new name altogether, and of course you can take on a double – barrelled name, although this can get complicated if you have children who marry off. Poor Edward Montagu-Stuart-Wortley-Mackenzie, AKA the first Earl of Wharncliffe.

Professor Niamh Reilly of the Sociology and Political Science department here in NUI Galway gave her opinion on the topic; “Looking at it from an equality  perspective,  I would say that the most important thing about changing names (or not) is that the two people planning to get married should talk about it, neither one should feel pressured due to custom, and if both agree that name changes are a good idea to mark their marriage, all options should be on the table for both.  In my experience a mix of surnames in a family is not a problem or source of complications.”

As with most debates like this, it all boils down to talking it through with your partner and deciding what you really, really want – proving the Spice Girls had a more solid feminist theory than we give them credit for. But it’s outdated for women alone to bear the burden of taking on new names when men don’t have to. Maybe the soccer-playing lesbians were on to something. I propose that from this point forward, any marital name changes should be decided on through relays, rap battles or paintball tournaments. It would spice up the dull engagement period at least.