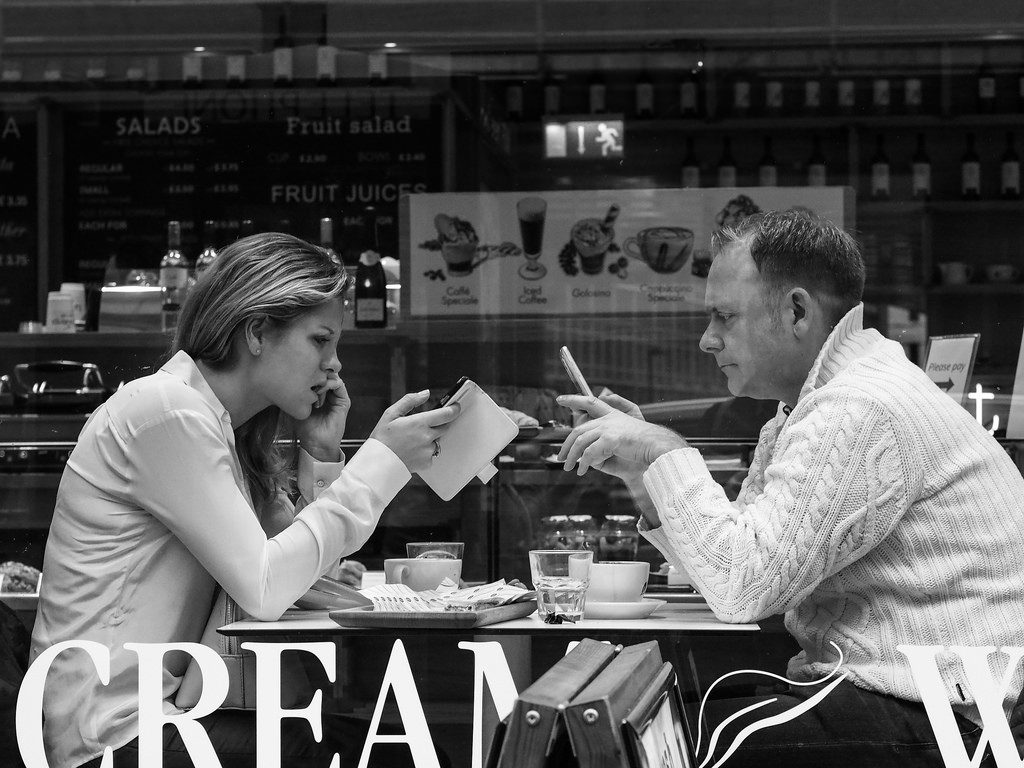 The argument that has divided our nation, the biggest rivalry in tech for the best part of a decade, but how do you choose which side you want to be on? Keep reading to decide if you are team iPhone or team Android.

There are two words that pop into my mind when I think of Apple products; simplicity and quality. If this isn’t enough to convince you then I can continue. As decision making is not my strong suit, I love that when you decide on an iPhone, all you have to do is pick a model. Meanwhile, due to many companies producing Android devices, you’re left struggling to pick both a brand and a model, which can be a confusing.

I can feel quite lost in the Android world. They tend not to keep customers informed on topics such as operating system updates. However, Apple are devoted to keeping their customers in the loop, especially when it comes to updates. While it’s to be expected that older phones will eventually lose support for the latest OS, Apple’s support for older models is generally better than Android’s.

My iPhone 5S which was released in 2013 is supported by the latest iOS 11, on the other hand, Android 8, codenamed Oreo, was installed on less than 0.2% of Android devices more than 8 weeks after its release.

I always knew that Apple’s integration with other devices was outstanding, however it never really hit me until I was typing an email on my new MacBook Air and I got a phone call. That’s right, a phone call, not a Skype, Viber or Facetime call. A little icon popped up and now both my phone and laptop were ringing. I just sat there in awe instead of answering it.

Having everything I need on my laptop and being able to sync both my devices so effortlessly really makes me feel far more organized and in control of my life than I actually am. Being able to screenshot things on my Mac and airdropping them to my phone in a matter of seconds will never fail to amaze me.

If you are like me and actually care about the security on your phone, then Apple is your only option. In a study carried out by F-Secure Labs, they showed that 97 per cent of all malware, viruses and worms were for Android. In that study, zero per cent attacked the iPhone. I keep everything on my phone, I mean, it’s 2018, who doesn’t? This means that security is of the utmost importance to me.

If your top priorities when buying a phone include simplicity, quality, OS compatibility, integration and security, then iPhone is for you. If budget is an issue, then I suggest you look at buying an older or refurbished model like I did.

Ask anyone that knows anything about phones, even if they’re an Android user themselves they won’t be able to deny that Apple’s software and hardware complement each other beautifully. I hope this article has been of some help to you, and oh… welcome to team iPhone.

I really don’t know where I would be without my beloved Samsung Android. What more could I ask for with its 8-megapixel camera, the perfect amount of space for my social media apps, all my photos and music, and not to mention 4G for when the wi-fi is being a pain in the backside.

As a child who grew up being happy with everything she got, I didn’t understand all the hype about iPhones, you’d swear they were the best thing since sliced pan. My own sister begged me to buy her an iPhone for her birthday but when I asked her, “What’s so great about an iPhone, isn’t your Android enough?” She replied with; “All my friends have it and it’s literally the best phone ever!” I was confused at the reply, mostly because there was no real reason why a new iPhone would be better over a perfectly working Android. Also, God knows how much it would cost.

My first time using an iPhone was also my last. It was tiny and fragile in my hand and it overheated quite easily. Was this godforsaken phone trying to burn me? My precious Android would never overheat like that.

When trying to contact someone it took enormous effort. This included walking back and forth in my garden attempting to find a decent signal (even though everyone’s Android had full signal) and constantly tapping the phone screen when it would freeze for no apparent reason.

I’m surprised I didn’t end up breaking my nail or finger because of how forcefully I was tapping the touch screen. As a result, I will never use an iPhone again, even if my life depended on it. It taught me that there was nothing to get excited about. More than anything it gave me the urge to throw it against the wall. Who wants a phone like that?

I will also not neglect to mention that Androids are a lot stronger than iPhones. I’ve seen people drop their iPhones and the whole screen cracks. My Android slipped out of my hand once on the stairs and it fell against every step and not a crack in sight. See, Androids are better!

Take a look at iPhone’s widget list, compare that to the amount on an Android. Android has a lot more. Look at the iPhones back button, yeah exactly, what back button? We all need a back button in our lives, it’s just a must have!

My point is clear, Android should be deemed the winner over iPhones in terms of better selections, cheaper prices and they will last longer. Experiment with the two phones beside you and see for yourself. Even if the experiment includes throwing both phones down the stairs to see which one is declared the winner!