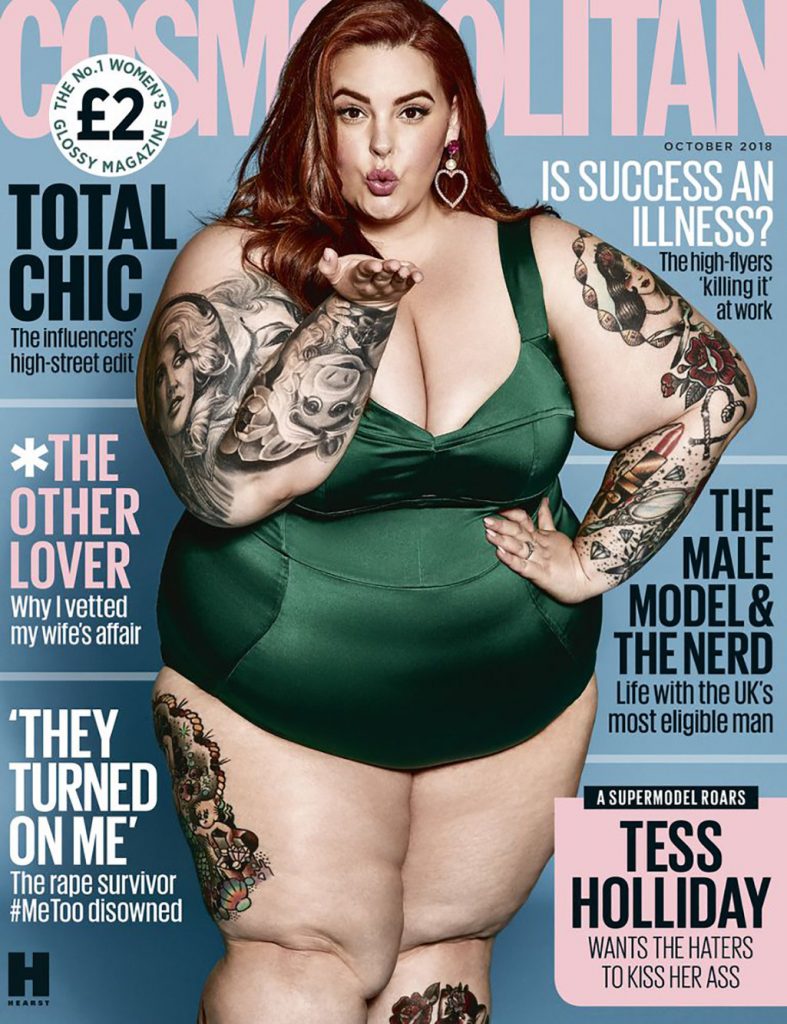 If you are one of many that do not read fashion magazine Cosmopolitan UK, then you might have missed the controversy surrounding the cover of their latest issue. On 31 August, Cosmo started a huge maelstrom when 33-year-old plus sized model Tess Holliday appeared on the front cover in a green bathing suit.

Social media blew up with the picture, and it has become a huge talking point on many talk shows and newspapers. Piers Morgan even took time to make a statement on his Instagram about the cover where he describes it as “dangerous and misguided.”

I do believe that there is some truth in what Piers Morgan says about the cover. At no point during the interview was it mentioned that Holliday was at an unhealthy weight. At 5ft 3” and 300 pounds, Holliday is extremely obese and according to Stanford Healthcare will likely experience severe health ramifications, such as type 2 diabetes, heart disease, and bone and joint disease.

Holliday has also often been quoted saying she does not want to lose weight and I think this is a bad message to send to many adults and teenagers who are suffering with obesity. Obesity should not be standardized nor celebrated by the media, as it considered by most medical professionals as a chronic disease.

However, just because obesity should not be normalized, does not mean it should be shamed. Many overweight and obese people have experienced bullying because of their weight at some point in their lives.

Popular Youtuber Boogie2988 who has suffered with obesity for a long period of time says; “If you are fat online you’re going to get told a thousand times a day you shouldn’t be fat.” To me, it is understandable why Cosmopolitan wanted to portray positivity in their magazine when there is a lot of constant negative feedback towards those who are overweight.

According to a study done in 2016 by the NHS, 26 per cent of adults in the UK are obese.  This is a large part of the population and I think they are justified in getting representation in media today.

If Cosmopolitan had portrayed Holliday as a representation of many women today, but also clarified that although obesity is now common in many countries it should not be accepted as a healthy standard of living, they would have avoided such a negative response. We should be working towards supporting those who are suffering with obesity and not shaming them because of their weight.

Tess Holliday is also a big advocator for self-care and respect which is important for young readers today to learn. Although her obesity should not be celebrated or promoted, it is important for people to be happy no matter what weight they are.