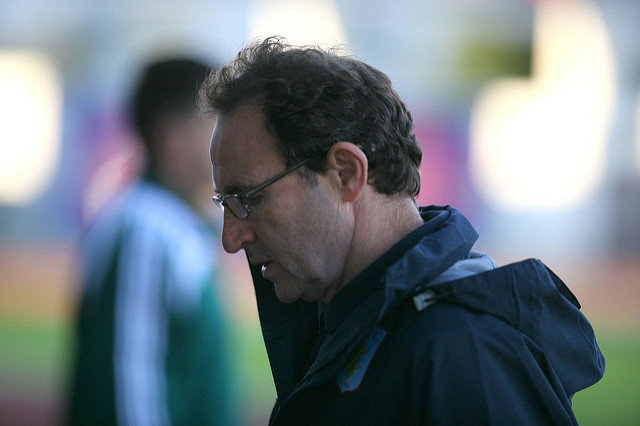 I think the majority of Irish fans understand who we are as a footballing nation. We are traditionally a mix-up of Premier League and Championship level footballers whom, for the most part, fall under the category of 11 work horses. We simply don’t have the “raw materials” that other countries do. We haven’t been blessed with players such as Kylian Mbappe or Luka Modric, to name a few of the key players in both World Cup finalists’ squads.

Despite the ongoing post mortem – like discussion of recent Irish performances, what happened in the 4-1 defeat to Wales was arguably one of the worst performances I’ve ever seen from an Irish side. Not because our squad was bested by the sublime talents of players like Gareth Bale and Aaron Ramsey, but due to the fact that it was an Irish side who refused to work and fight and slug and every other adjective that can be associated with all that’s good about Irish football. So, who do we blame?

Martin O’Neill’s career as both a player and a manager has seen various different level of success. His number two Roy Keane is one of the finest footballers that the country has ever produced, but he has a somewhat underwhelming managerial career in contrast.

The pair have struggled recently with the Irish squad, both on the pitch and off it with rumours of players such as Harry Arter, Johnny Walters and Stephen Ward all reported to be aggrieved with the management pairing. O’Neill and Keane seem to have “lost the dressing room” which can be seen evidently in the recent lacklustre Irish performances, so it’s easy to see why the pair are rumoured to be close to dismissals.

Indeed, candidates such as former manager Mick McCarthy and current assistant manager Roy Keane taking the main job will not fill even the most optimistic Irish fan with great confidence.

This Irish team does have potential, players like Callum O’Dowda and Callum Robinson often look more than capable of leading Ireland forward, so perhaps someone along the lines of current U21 manager Noel King could be seen as a prime candidate to bring players like Ryan Manning and Reece Grego – Cox through the ranks.

Whilst football fans often look at the glass as half empty, O’Neill’s stint in command of the national side has been superb in places, and if these levels could be reached again then there is no better candidate for the role.  Martin O’Neill’s tenure in charge of the Irish national team has left us with memorable moments (Robbie Brady’s crucial goal in the dying embers to break Italian hearts springs to mind).

However, following the crushing defeat to Denmark and a Gareth Bale inspired Wales team, it seems as though the Derry man’s days may be numbered. Having said this, whilst Irish fans may be pessimistic about the future, it is important we recognize that O’Neill and Keane made us believe in Irish soccer again post-Trappatoni, and the last few years can ultimately be seen as moderately successful.