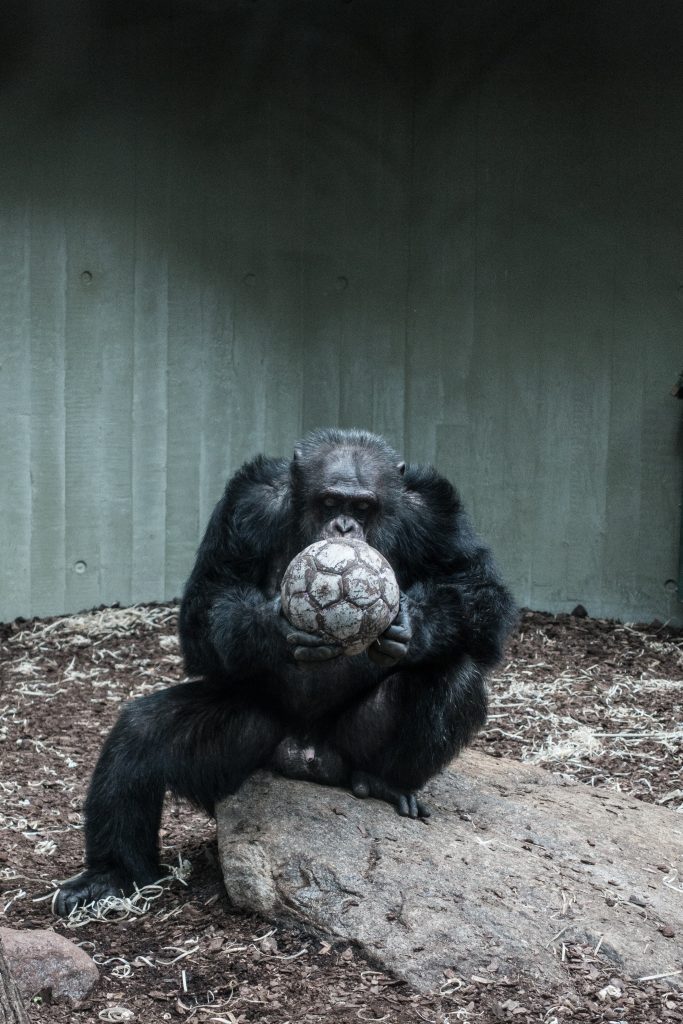 The year is 2028. Another season of the SkyBet Premier League sponsored by Betfair is just days away from beginning. Manchester United manager Wayne Rooney yesterday gave his first press conference since being unveiled as the boss at the Ladbrokes Old Trafford stadium, during which he broke the world record for most number of “ehm”s in a 15 minute period.

Sitting beside him in said press conference was veteran midfielder Paul Pogba, who had just been re-signed by the club for a sixth time. Sky Sports News in association with William Hill had been running a Twitter poll about what hairstyle and hair colour Pogba would turn up with. It was black with pink polka dots. This then scrolled across the screen for the rest of the day as their main breaking news story.

Across the city, their rivals Manchester City also unveiled a new manager. Enigmatic Jose Mourinho has just taken the gig there, overseeing a squad of the minimum eight English players plus 17 Qatari nationals who saw their stock rise immensely after the 2022 World Cup, which they won convincingly.

There was mild controversy over the standard of refereeing, but when contacted for an interview the referee from the final, Michael Oliver, said; “Excuse me, I can’t hear you over all of my money, I’ll have to call you back.” Unfortunately, he never did call us back.

The Irish contingent in the English top flight has dwindled since the glory days of Jack Charlton in the late 1980s and 1990s. Robbie Keane, now in his fourth managerial gig in as many years, signed two young Irish lads at Derby County. Unfortunately, as products of the academy system at the FAI, they had never actually been taught to pass the ball on the ground to a teammate.

They’ve since become the main midfield pairing for Sunderland, under the guidance of Sam Allardyce. Keane declared; “It was always my dream to manage Derby County, so I’m sure it was also these lads’ dream to play here. That made it so much more difficult to let them go. I’m sure they’ll thrive under Big Sam.”

The Irish national team has just narrowly missed out on qualification for the 2030 World Cup, sponsored by Paddy Power before qualifying has even begun. The tournament is to be held across three different continents but when questioned about travel expenses for fans and fatigue of players, FIFA released a statement which read; “if you don’t like it, make your own World Cup.”

The English FA attempted out of pure pride but just them and Wales turned up. Wales won 3-1 on penalties in the final. Regarding the actual Irish team selection, it’s mainly made up of League 1 players. Glenn Whelan captains the side, by now boasting a yellow card per game ratio of 1.3.

On the wider international front, Lionel Messi has become the Argentina manager meaning he’ll stay on in his role picking the team.

In European soccer, Gianluigi Buffon has announced he’s staying on for one more season at PSG in an attempt to finally win the Champions League, sponsored by Bet365. The 68-year-old told the press; “I swear if we don’t win it this year, I’m going to break Neymar’s puny little feet and set Gennaro Gattuso on him,” before trailing off in a series of inaudible Italian swears.

After hearing this, the Brazilian forward told the club he wanted to leave, before they once again made him the world’s highest paid player on €20 million per week, overtaking Jamie Vardy who has been seeing out his career in China alongside Mario Balotelli for €10 million a week. The Guangzhou Evergrande pair have been serving consecutive disciplinary bans since they signed three years ago and haven’t yet played for a single minute.

43-year-old Cristiano Ronaldo has stepped away from his sporting career and now has his sights set on running for US President in the elections this Autumn. His main difficulties will be not being American or even running a campaign, but experts say if he puts up an Instagram post declaring his candidacy, he’ll emerge as the clear favourite.

Photo by Daniel Hansen on Unsplash