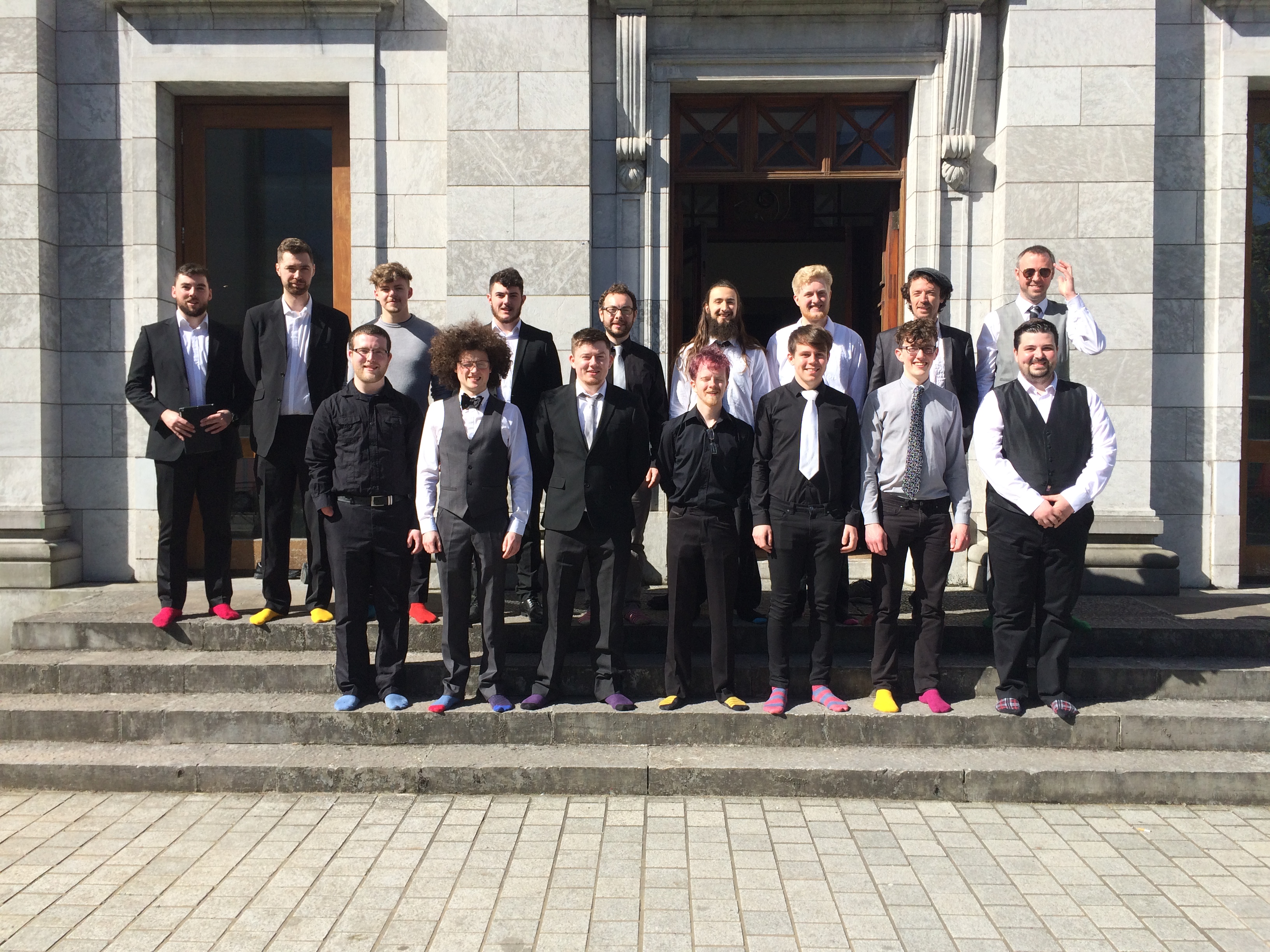 At this year’s Cork International Choral Festival, NUI Galway’s very own Testostertones won the National Male Choir Competition title. As no other college-based choir have ever won this title, it is an extreme honour.

This win comes at the end of a very successful year, during which the group won competitions at every major Irish choral festival. The choir beat the returning victors – the Portadown Male Voice Choir – who were hoping to receive their fifth successive title. The Testostertones performed music from the Renaissance along with some complex music from the composer Andy Schonberg to earn the second highest score overall.

The choir was formed in 2003 by Peter Mannion, with the aim of giving male singers an opportunity to enhance their skills by performing a mix of acapella and barbershop music. Over time the ensemble has become one of the most innovative choral groups in Ireland. The group currently consists of students, alumni and staff members.

The group are in their 15th year and will therefore “do some special things for this upcoming year to mark the occasion, including going into the recording studio to record some acapella arrangements,” says Peter Mannion, the group’s founder.

The Cork International Choral Festival, founded in 1954, is one of Europe’s premier choral festivals. The annual competition boasts high standards, an eclectic and wide-ranging programme and an incredibly welcoming attitude. Gala concerts, school concerts and world-class performances have all been welcomed in Cork to bring the city to life in a celebration of the many forms of choral music. The festival attracts 5000 participants and has ensured that choral music, representative of many historical and cultural traditions, is brought to the people of Cork.

The Testostertones have high hopes for 2019. They will be returning to Cork’s Choral Festival in the hopes of claiming the title of Choir of the Year, where they will be the first male choir to compete in this prestigious competition. The ensemble hopes to perform at the Eisteddfod in Wales and will compete in Northern Ireland’s biggest choral festival in October.

The group are constantly on the lookout for fresh new talent. If you would like become part of the Testostertones – and subsequently, a part of NUI Galway history – get in contact by emailing nuigttones@gmail.com.