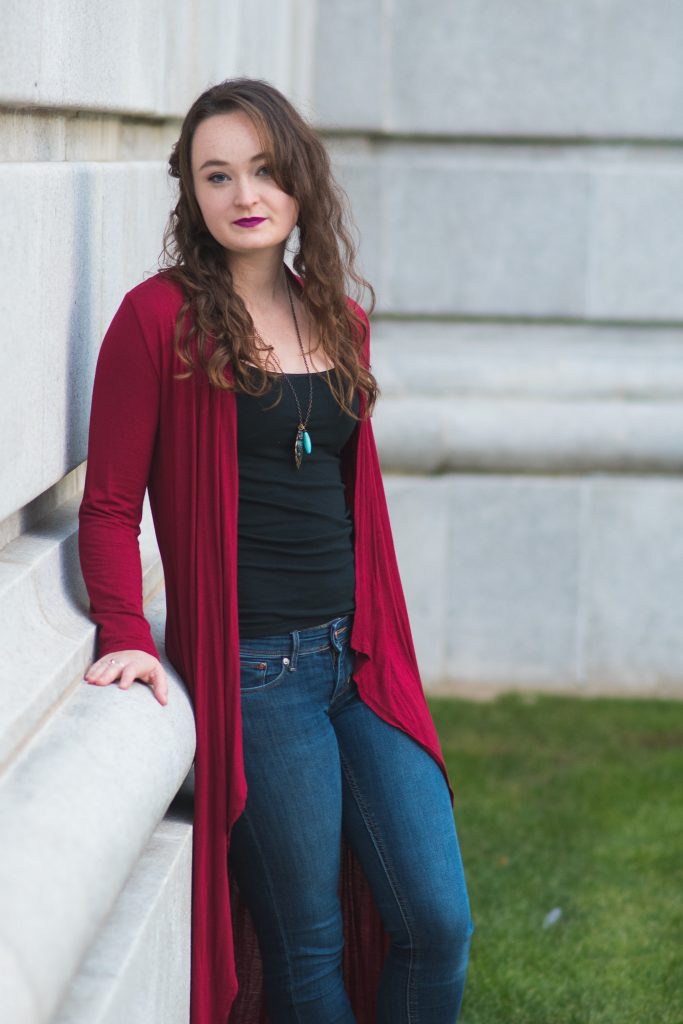 It’s a funny thing to feel completely prepared to live abroad. Then realize after saving for years, buying outlet converters, and booking a plane ticket across the Atlantic that you forgot about one thing: contraception.

Four days before I left the country to study abroad at NUI Galway, I was watching Irish documentaries. It was there, in the deep recesses of the nerd side of YouTube that I learned abortion is illegal in Ireland.

According to article 40.3.3 of the constitution, a woman in the Republic of Ireland can have an abortion (only) if it is necessary to save her life due to fatal foetal abnormalities or a risk of suicide, but cannot obtain an abortion in the case of rape. A pregnant person has access to information about medical procedures abroad, and traveling to another country to have the procedure is not restricted.

I hastily called the women’s health clinic and took the only available appointment that day. I sat there in the open-backed hospital gown on the cold, faux-leather table and explained to my provider that I had no intention of being sexually active while studying abroad, but a lot can happen in five months. No one plans to be sexually assaulted, but I figured I could plan to be as safe as possible.

My doctor explained that if I were to have an unplanned pregnancy while abroad, I wouldn’t be able to travel for medical procedures outside of Ireland because of insurance policies.

Unfortunately, I left the clinic feeling defeated. There were no contraceptive options available that she could offer in the next four days would suit my needs. I decided that while I lived abroad, as far as I could control, I would just have to remain abstinent.

I wanted to understand what it was like for my peers at NUI Galway who grew up living under the current constitutional legislation. I yearned to discover what was at the heart of the issue, and how students felt about the prospect of changing the constitution. So, I set out on a mission to find NUI Galway students who were passionate about both sides of the issue.

Mia Dovel is a second-year student studying Biomedical Engineering. She is also the auditor for NUI Galway’s Life Society.

“This referendum will possibly be the most important thing we are asked to vote on in our lifetime,” Dovel said. “We’re voting on who gets to live and who doesn’t.”

According to Dovel, a foetus has a right to life, and it is the people of Ireland’s responsibility to protect that right. Providing childcare and supporting people who become pregnant is how Ireland should handle crisis pregnancies.

“The main reason women get abortions is not because they want to, or because they see abortion as a good option; it is because they feel like they have to,” Dovel said.

Third-year Communications through Irish student and Repeal the 8th campaigner Jessy Ní Cheallaigh agreed, saying that pre-natal care is important and should be supported, but that for many mothers affording care is simply not a reality.

“People think we’re ‘pro-abortion,’ and it’s like yeah we are but we’re also ‘pro-keeping-the-baby,’ we’re also ‘pro-adoption,’ we’re also ‘pro-whatever-you-want-to-do.’ We believe there should be better child services but at the moment in Ireland there’s none of that,” Ní Cheallaigh said.

Ní Cheallaigh said she believes in free, safe, and legal abortion access and does not view a foetus as a person because it is dependent on the mother to survive.

“The term ‘pro-life’— I don’t agree with that at all because you’re only pro-life of a foetus, not of a woman,” Ní Cheallaigh said. “I don’t see that as a person, I know it has the potential to be a person, of course it does, but without the mother it cannot work, so that mother should take full priority.”

Eventually I began to see the crux of the issue. People like Dovel see the amendment as a preservation of human life, and that by keeping abortion illegal and focusing on childcare accessibility, Irish women can have safe and healthy pregnancies. Whereas people like Ní Cheallaigh view the amendment as one of the last laws keeping Irish women from having full control over their bodies, and that childcare accessibility comes after bodily autonomy.

Currently, the 8th Amendment states the rights of a foetus are equal to that of a pregnant person’s.

“The repeal campaign talks a lot about the woman but fails to ever give value or dignity to the human life growing inside her,” Dovel said.

If a yes vote passes, the current wording of the 8th Amendment will be replaced with rhetoric that allows for the legal termination of pregnancies up to 12 weeks when certified by a medical practitioner.

“The pro-life side will often put on their billboards pictures of the foetus, pictures of the womb, and they don’t zoom out and look at the woman with the womb. They’re seen as incubators,” Ní Cheallaigh said.

Swellar Zhuo, a third-year visiting student from New York, said the issue has gained international attention, and people all over the world will be watching when the votes roll in.

“I think that’s the fear for anyone traveling abroad or anyone seeking asylum. You come here and you realize this option is not available to you, and that that might actually push some people away from coming and experiencing Ireland,” Zhuo said.

But there is one thing every student I talked to agreed on: voting. The first opportunity to vote on the issue in 35 years marks a decisive moment in Ireland’s history. It even affected me, a foreign study abroad student from over 4,000 miles away.

According to Ní Cheallaigh, “it all depends on young people, registering people to vote, and making sure they actually vote on the day.”