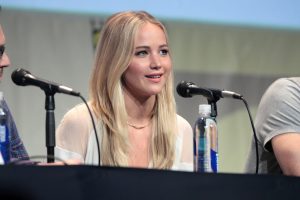 Words can be fickle things. At first glance, they may seem innocuous and uncontroversial, a tool of language with a simple meaning. However, it soon becomes clear that these tools can be taken hold of, modified and put to a different use. Whole other meanings can be conveyed and inferred through this manipulation of language. Right now, the word I am thinking of is ‘choice’.

The word ‘choice’ has become politically fuelled and strongly associated with feminism. It has evolved from simply meaning the possibility of picking from two or more options, to contain an inference of a right or obligation. Effectively, ‘choice’ now appears to mean ‘a right to choose’.

The association with feminism stems from the fact that from time immemorial, women were largely denied the same opportunities and choices as men. Instead, conditions of life were imposed upon them. Taking examples from pre-1970’s Ireland, a woman could not keep a public sector job once she got married, nor could she buy or use contraceptives or even chose to drink a pint in a pub. As such, a fight for the right of women to choose the trajectories of their own lives has been and still is a core aspect of the feminist struggle for gender equality.

In the context of the present day, ‘choice’ is most strongly associated with a woman’s right to bodily autonomy and control over her reproductive health. The argument is frequently made that women are in the best position to make decisions about issues that directly and specifically affect them. Women are seeking a right to choose, rather than be dictated to, and to have that choice respected.

This attempted limitation of choice was evident in the recent controversy surrounding Jennifer Lawrence and a Versace dress. At a photo call in London for her film Red Sparrow, Lawrence chose to wear a Versace dress that was both low-cut and split to the thigh, while her male co-stars chose to wear coats and boots. Apparently, however, this was not a choice at all, but instead a submission to the patriarchal ideals of what women should look like and a clear illustration of gender inequality.

The tweets that generated the debate came from Helen Lewis who stated that the photo call picture was “such a quietly depressing (and revealing) image” and that “true equality means either Jennifer Lawrence getting a coat, or Jeremy Irons having to pose for a photocall in assless chaps.” Clearly the sentiment was that Lawrence had let the female side down for wearing revealing clothes on a cold day, thus conforming to the ‘male expectation of female nakedness’. In reality, the female side had let down Jennifer Lawrence by ridiculing her choice and comparing her to a group of men: a distinctly anti-feminist, patriarchy-perpetuating sentiment.

The core of the problem at hand here is something that I have encountered time and time again and that continues to baffle me. For some reason, many men and women seem to operate under the assumption that the choices women make, or the actions they take, are always done with the opinions of men in mind. I have had several men and women make statements along the lines of ‘I don’t know why you put such effort into your makeup, most men don’t even like it anyway’ or ‘What does it matter what shoes you wear out tonight, boys won’t be looking at your feet’.

In the case of Jennifer Lawrence, the statement seems to be ‘she only wore that because she felt that’s what men would expect her to wear’.

Allow me to burst a bubble here: women’s choices are not made with the sole purpose of pleasing men. Nor are they made for the sole purpose of pleasing other women. We are perfectly capable of making choices purely for our own sakes, and if we choose to wear make-up, or high heels, or a low-cut dress, it’s because we like how it makes us look and feel, for ourselves, not for anyone else.

Jennifer Lawrence herself responded sharply to the criticism, labelling it offensive and sexist, and undermining of her own individual choice. She loved the dress, felt good in it, wanted to show it off, and so she chose to.

True equality is not Jennifer Lawrence wearing a coat, or Jeremy Irons posing in “assless chaps”. True equality is men and women being afforded the same level of respect for the personal choices they make about their own individual lives.