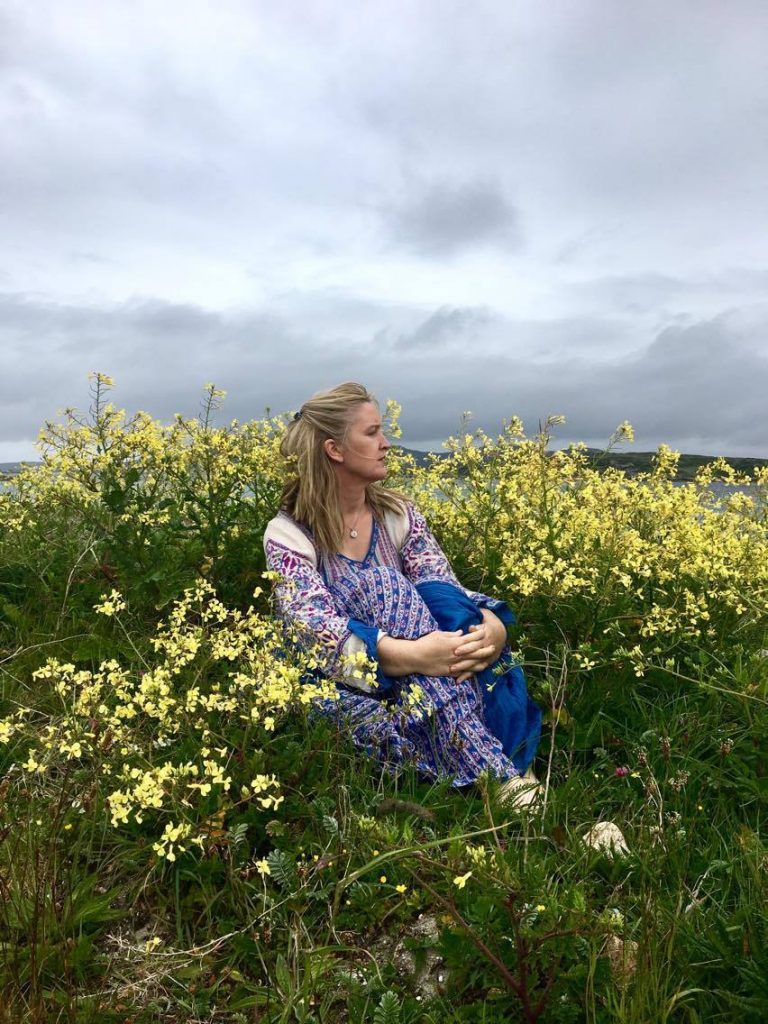 Veronica Lydon of Carna believes it is essential that athletes make a conscious effort to pay more attention to their body’s “whispers” in the year ahead.

She believes that flexibility and recovery work are the most neglected aspects of today’s athletic training culture.

Having quit her job working in an office for the US Department of Agriculture, Lydon began studying physiotherapy at Brazosport College, Houston, Texas. A “late bloomer” to university life at the age of twenty eight, the native Irish language speaker finally discovered “exactly what [she] was put on this earth to do”.

Fourteen years in business, Lydon offers a wide range of treatments and classes such a medical massages, yoga classes, the use of hammocks for deeper stretching and the use of her newly installed sauna.

Lydon has worked with army amputees, athletes, cancer patients, elderly people, babies and horses. In all her years of experience there is very little she hasn’t witnessed.

In recent years, Lydon has seen the emergence of a “run it off” or “train through it” cult emerge. This defiance of injury she believes is what leads to long term injuries.

She preaches the importance of stretching and myofascial release either by means of physiotherapy massage or foam rolling. In her opinion, this work is every bit if not more important than today’s strength and conditioning training regimes.

Even just ten minutes of “gentle stretches” in the morning and evening could be the difference between an injury free campaign and a season spent on the side-lines due to injury.

“Athletes need to stop running from their pain. It’s crucial that they put in the work to resolve minor issues before they turn into major ones,” she said.

Lydon also insists that eating a nutritious diet is another crucial component to injury avoidance. She is fearful of the negative chemical effects energy and sports drinks are having on the human body. As far as she is concerned, H2O is more than enough fuel for the tank.

She accepts that certain supplements like protein shakes can be of use to people building a significant muscle mass. However, the ridiculously high quantities of sugar present in the ever growing industry of energy drinks, coupled with the new strenuous training methods of the 21st century are a deadly combination which turns one’s body into an active “volcano”.

In regards to ageing, there is no work we can do to prevent the clock ticking on. No living organism can avoid biology albeit, there are many healthy daily habits that one can incorporate into their routine in order to postpone these mobility deficiencies for as long as possible.

“Yoga is fantastic. There are 100-year-olds doing Yoga. You don’t have to be doing handstands. Six or seven stretches a day are more than enough,” Lydon suggested.

Lydon went on to state that everyone regardless of age, gender or physical activity should always “honour what you put into your body. Be kind to your body and it will be kind back”.

On meeting with Veronica in her idyllic Connemara beach house, she also expressed some concerns over the physical health of students to SIN. The student life is undeniably of a sedentary nature. Sitting in a classroom or lecture hall all day followed by study in the evenings has led to poor posture in many youths.

This posture can then manifest numerous muscular strains particularly in the neck, shoulders, back and hips. Due to being seated for the vast majority of the day, we fail to engage our core when we walk around and subconsciously substitute this necessary activation by unnecessarily using our upper bodies to complete what should be a free flowing and loose movement.

In many cases however, the basic task of walking can be a motion filled with tension and a lack of comfort. In order to break this terrible cycle, students need to take more care with everyday tasks, like for example the weight of their schoolbags. They should also make a conscious effort to improve posture.

Simple habits can ensure the avoidance of muscle tightness. A ten minute stretching regime first thing in the morning or the decision to do homework whilst sitting in the lotus position rather than being hunched over on a chair leading to unnecessary neck and back strains could be life changing.

It’s also important for students to eat healthy and stay hydrated through water consumption rather than sugar consumption.

For aspiring physiotherapists, Lydon highlights the importance of finding your niche.

“There are so many avenues to explore,” she said.

Having dreamed of being a team physio, she soon discovered that this was not the genre she was destined to pursue.

“Unless you want to be a medical physiotherapist working in a hospital, then you have to be a people’s person. This is as close as you are going to get to someone,” she explained.

She would also encourage students to try and get some hands-on experience or to go and observe the various branches of physiotherapy. This hands-on experience is also a very important ingredient to uncovering where your true therapeutic passions lies.

“I’m more than happy for people to come here for work experience so they can see the various types of physiotherapy,” she said.

For more information and class times go to www.Veronica-Lydon.com.