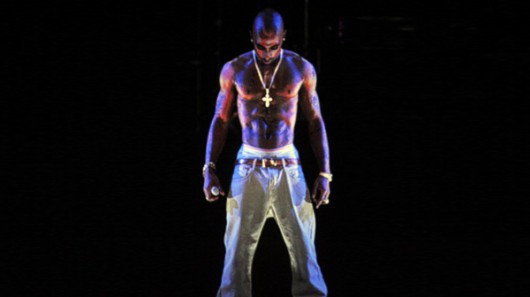 One of the simple facts of life is that we all die, but in 2018 it seems like that too is off-limits for some of the world’s A-list celebrities. With hologram technology and CGI becoming more advanced, it is possible for dead singing icons and actors to be portrayed on stage and screen. From Tupac Shakur to Phillip Seymour Hoffman, and more topically Prince, it seems as if these talented individuals will continue to live on, but perhaps more realistically than is ethically correct.

The Super Bowl saw Justin Timberlake, one of the most talented performers of his generation, take to the stage for the half-time show. TMZ had reported days previously that he was going to use a hologram of Prince so that the two could perform together onstage at Prince’s home of Minneapolis, where the Super Bowl was taking place. It was set to be an homage to the late singer who died in 2016. However, as anybody who watched the half-time show could tell, Prince’s hologram made no appearance.

Prince’s former fiancé had tweeted out her issues with the idea of Prince being portrayed as a hologram and said in an interview with the Associated Press: “Prince had told me … don’t let anybody do a hologram of him for religious reasons, so I just posted that if this happened it’s kind of messed up and not cool.”

The issue of people being shown in holographic form raises a question that is difficult to answer: who owns the dead? The main legal issue is the right of publicity to be associated with a particular artist. Yvette Joy Liebesman, an assistant professor at St. Louis University Law School, said in an interview with RFT Music: “So, if you’re putting out an album like Natalie Cole doing a duet with her father who’s been deceased for many years… obviously she has the rights somehow through her mother or her father. Obviously it wasn’t hard for her to get the permission to do this. Most of us aren’t that lucky if we want to do something like that.”

Justin Timberlake perhaps never would have had the legal standing to bring Prince on stage with him. In 2012, when the hologram of Tupac Shakur performed with Snoop Dogg and Dr. Dre at Coachella, his mother gave express permission to Snoop and Dre to use her son’s image. The two then donated money to the Tupac Amaru Shakur Foundation as thanks.

Following Shakur’s ‘performance’ at Coachella, Marilyn Monroe was set to make a return in 2013 in the form of a hologram tour by Digicon Media. Her estate sent a cease and desist to the tech company as it infringed upon the Monroe’s intellectual property. Contrastingly, Roy Orbison’s estate gave the green light to Base Entertainment to tour a holographic version of the ‘Oh Pretty Woman’ singer. ‘Roy Orbison In Dreams – The Hologram Tour’ will reach Dublin’s 3arena in late April.

Could Elvis be next? Michael Jackson? Amy Winehouse? While it may appear to be an advancement in technology that should be welcomed, the whole area of celebrity holograms seems to have a general air of greed about it. Michael Jackson is the highest earning dead celebrity for the fifth year in a row. He earned $75 million in 2017 according to Forbes’ top earning dead celebrities of 2017 list. If his hologram was to go on tour, the earnings would be astronomical. The tour could potentially be in several venues at once, increasing the profit.

With actors, there is more room to manoeuvre as their wishes are generally more known compared to singers. Phillip Seymour Hoffman was shooting The Hunger Games: Mockingjay Part 2 when he passed away. As was Paul Walker for the seventh entry into the Fast and Furious franchise. Actors, in taking on roles, sign agreements which allow movie studios to use their brand to promote films. It is nearly always written into their contracts. Both actors were brought to the screens using CGI and special effects. They both had started filming the movies, and the technology was only used to complete their stories.

The Star Wars franchise used technology to digitally create Peter Cushing for Rogue One, which raised some eyebrows. The team behind the film decided to revive over re-cast, but perhaps they should have re-cast. Film studios need to trust the audience to understand that actors are actors, not the characters they play. Kathleen Kennedy, producer for the franchise, has assured fans that Carrie Fisher will not return for Episode 9, instead opting for the simpler write-off.

This area of entertainment is well and truly part of our world, despite it sounding like something that should be kept in a Black Mirror episode (Black Museum, anyone?). With more money being invested into singers and film franchises, it will continue to be part of the mainstream entertainment industry. While on a surface-level it seems like a positive thing, the dead still do not have a say. The most ethical thing is to let the dead be dead and enjoy the entertainment that is made for our time.