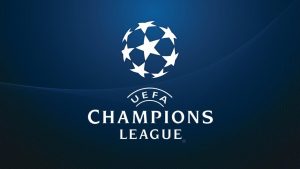 Thomas Muller latching onto Arjen Robben’s through ball provides a hard low ball across the box that is met by an incoming Robert Lewandowski, who subtly finishes the ball into the back of the net. That is the final goal, as German champions Bayern Munich ruthlessly finish off Turkish side Besiktas in a 5-0  rout in the first leg of the Champions League round of 16.

Out of the total eight first leg ties played out three have finished with a score line of 4-0 or more. Porto were crushed 5–0  by Liverpool in front of their own home fans, while premier league leaders Manchester City proved too strong for Basel in Switzerland defeating them 4–0.

Although it would have been an upset if any of these sides had lost their tie, with the sheer scale of the score line we must ask the question whether there is a competitive balance issue in the Champions League? Is the gap between the top leagues in Europe and the secondary leagues in Europe widening?

What is concerning in terms of a competitive balance issue is the fact that the three teams who suffered the huge defeats are heavyweights in their own country.

Both Besiktas and Basel are current champions of their respective leagues. Porto are currently leading the Portuguese league with a five point cushion, yet they were all simply outclassed by their opposition.

It’s evident from watching the ties that the gap in talent and ability between each team was massive. For a Champions league last 16 round where Europe’s elite clash against one another, having three ties that are essentially over in the first leg must give rise to a competitive balance issue.

It’s evident that the gap between Europe’s top five leagues and the remaining leagues is widening. The elite teams from England, Spain, Germany, Italy and France are all expected to progress onto the final stages of the competition. For teams from countries such as Turkey, Greece, Portugal, the Netherlands, Belgium and Switzerland anything past the group stages or last 16 is a bonus.

Not only do we see the best sides and players go up against each other in the Champions League, we also see the weakness of Europe’s secondary leagues when compared to the Premier League, La Liga and the Bundesliga. Proving this point, Basel manager Raphaël Wicky described the gap between his team and Manchester City as “two worlds”.

The last team from outside Europe’s big five leagues to finish in a Champions League final were eventual winners Porto in 2004. A repeat of that fairy tale in today’s age seems highly unlikely. With the tide of money flowing towards England, Spain, Italy, France and Germany the imbalance is set to continue.

With teams such a Basel coming up against Manchester City who have assembled a squad estimated to be worth 800 million euro, the task is always going to be difficult.

The recently published Deloitte Football Money League just emphasized the financial gap between the big five leagues and the rest. No club from outside Europe’s top five leagues made it in the top 20. Only two clubs, FC Zenit Saint Petersburg from Russia and Benfica from Portugal had managed to make it inside the top 30.

This meant Premier League clubs such as Crystal Palace, AFC Bournemouth and West Bromwich Albion who have never even played a game in Europe’s premier competition ranked higher than regulars in the Champions league such as such as Porto, Ajax, Olympiacos and Anderlecht.

With the tide of revenue flowing into the big five leagues it looks as if the gap between the two worlds of European football will only get bigger.