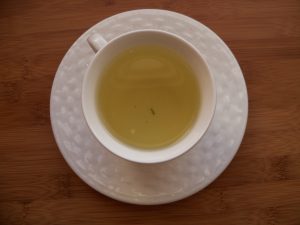 You may find it hard to stick to your guns with your New Year’s resolutions now that it is late February. Keeping away from the cakes and Domino’s deals all week. Every week is tough going. Even if a balanced diet does leave you with more energy, nothing beats a tub of ice cream all for me, myself and I.

You might be tempted to think that you can just take a multivitamin and pop some spirulina in your morning smoothie to make up for the damage caused by excessive sugar, saturated fat and alcohol intake, but you should be wary of any quick fixes sold by bloggers.

Spirulina is a type of algae that being heavily marketed at the moment. You’ll see a bunch of bloggers chucking this one into juice mixes, smoothies, soups, yoghurts and the like. The trouble is, there’s really not much scientific evidence that spirulina has any dramatic health benefits over eating other plants. Not only that, but some research carried out at NUI Galway found that samples of algal-based superfoods contained faecal organisms. Salmonella and E. coli were both found in the products when they were analysed. You don’t tend to cook with these products, they’re mostly added to cold, raw foods like juices and smoothies, so there’s no chance for you to kill off these organisms, and that can mean bad news.

A whole host of celebs are also in sponsored partnerships with companies claiming to sell you a tea which will make you lose dramatic amounts of weight. The ads are often accompanied by before and after pictures in which the “after” model has a svelte physique, an athletic body and somehow, a perfectly even and tanned skin tone. Lots of these teas simply produce a laxative effect, which is dangerous. You’ll certainly lose weight if your body is not getting a chance to absorb nutrients from your food – but it’s not a good way to go.

When it comes to vitamin supplements, scientifically speaking you really don’t need to take a multivitamin unless you’ve had a blood test which has shown that you are deficient in a particular vitamin. Some vitamins are water-soluble, and some are fat-soluble. Water soluble vitamins are absorbed and any excess is excreted in your urine. Lots of processed foods are fortified with vitamins and minerals; take a look at a Coco Pops box next time you’re in a supermarket and you’ll find you’re getting a lot of your recommended daily allowance of Iron even from sugary cereals. The modern western diet makes it reasonably hard to become deficient in any vitamins, even if you don’t eat much fresh fruit or veg. One might say multivitamins are a great way to produce very expensive urine.

Somewhere along the way, people misinterpreted Otto Warburg’s research about acidity and cancer.  Warburg was a Nobel Laureate who discovered that cancerous cells switch from something called aerobic respiration to anaerobic respiration. Health-coach-blogger types will tell you that acidity leads to cancer, and that to counterbalance this, you should have a water alkyliser installed on your taps at home at a cost of hundreds. Health food shops will sell you little bags of “alkyliser boost” powder. But remember, the first place all of these alkaline things go when you consume them is your stomach, which has a pH of 2 and is incredibly acidic. You need this acid to survive, and it doesn’t cause cancer. Maybe leave the gimmicks on the shelf for now.