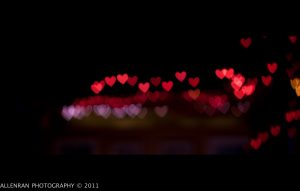 Happy St Valentine’s Day. Maybe you want to find a great romantic movie to watch with your friends, that special someone, or even maybe just by yourself because you deserve self-love too and me-time and a rom-com go hand in hand.

Whoever you find yourself with, here’s some great love stories from the silver screen for you to enjoy.

Pixar’s latest effort isn’t an obvious love story as such but if you want a cute flick about bonds of love then try to catch this at the cinema. It follows music-loving kid Miguel as he gets stuck in the afterlife and searches for a way home. The real heart of the story lies in the relationships between Miguel and the various people in his family. He fights and bickers with his family from the mortal world but learns to better understand them over the course of his adventure.

What’s also interesting is that he meets deceased family members in the afterlife. The film is based on the Mexican festival of the Day of the Dead. The afterlife depicted here isn’t so spooky as it sounds – it’s mostly populated with comedy skeletons. However the threat is real: Miguel’s newfound skeleton family will only agree to return him to the mortal world if he promises to give up music. What kind of a bargain is that to inflict on a kid? The weirdness is never fully justified but it all clicks together nicely as the movie tells the story of a family across multiple generations.

This is Ireland’s most successful entry in the global canon of musical theatre. The theatre adaptation recently returned for the tenth anniversary of the original film. Hopefully you were lucky enough to catch it.

The story follows a down-on-his-luck musician (Guy) and an optimistic Czech girl who is new to Ireland (Girl). Guy is hostile towards Girl at first but her sunnier outlook on life starts to rub off on him. He returns to his dream of writing music through their growing friendship. The only hitch in this love story is that Guy is already sort-of-attached to another woman who is living abroad in the US.

The point of this movie isn’t really the movements of the plot, but rather its two leads getting to know each other and the warm tone. Much of what’s on show here feels real and sincere. That atmosphere defines the movie as it moves back and forth between feeling optimistic and bittersweet.

This can loosely be defined as a chick-flick and is mainly targeted at a female audience but there’s a lot for everyone to like in this romcom – not for nothing did the poster scream in neon pink the review quote: “Chick flicks don’t have to suck!”

We meet Annie, who is truly a little bit self-absorbed. We feel bad for her, though; after losing her bakery and her boyfriend, her life is at a dead-end. When her best friend gets engaged, Annie is obsessed with being the best bridesmaid. This usually means foiling all the other bridesmaids. Much of the movie is given over to Annie’s childish impulses and madcap schemes as the cast go through all the preparations for the wedding. This setup is written to its full potential. There are a good few gross sequences which wouldn’t surprise anyone in a male-led comedy but are remarkable here. The script is a masterclass in tightly written structure and its success is really clinched by its pathos. It may be covering well-worn territory but it makes it new and the emotional heart feels honest when it needs to. Definitely worth the watch if you’re looking for a laugh.

This 90s flick has got it all: moody teenagers, over-protective parents, high school schemes, and a show-stopping performance of “Can’t take my eyes off you” by the great Heath Ledger. Exploring the minefield that is young love, this heart-warming and rather hilarious tale tells the story of two sisters. They take centre stage in high-school drama when their father bans the younger sister and social butterfly Bianca from dating until her older, less agreeable sister Kat has a boyfriend. The love-struck Cameron who desperately wants to be Bianca’s other half strikes a deal with bad boy Patrick to take Kat out for money… what could possibly go wrong? Based on William Shakespeare’s comedy The Taming of the Shrew, this is one film that will bring you right back to the politics, drama, and hormones of secondary school.

A bookshop owner crosses paths with a Hollywood star, and so starts a whirlwind of romance. With Hugh Grant and Julia Roberts heading up this outright hilarious British rom-com, this is definitely one to consider for your Valentine’s night in. It’s emotional and funny at the same time, and is simply a classic, “will they, won’t they” affair.