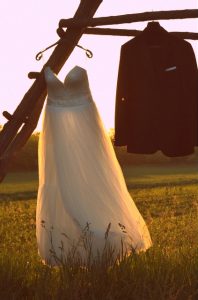 As always, Facebook is full of engagement statuses and posts after the holidays. Whether it was a present under the tree or taking ‘ringing’ in the new year to another level, engagements are inevitable this time of year. Single cynics everywhere ask themselves: is there a need?

It’s officially 2018 and the ‘norm’ doesn’t exist anymore. Overtime we have found options. We’re not forced to stay within a fit idea of what our lives should map out to look like. Marriage, babies, settling down? Not that necessary anymore. According to the Central Statistics Office (CSO), the majority of Irish people married when they were just twenty years old in the 1960s and 1970s. It was the done thing. Marry young, raise your children and live happily ever after.

However, that kind of lifestyle doesn’t really suit Millennials. The marriage bar has been lifted for several years now allowing mothers to return to their work after having a baby. Super-mums, and super-dads, everywhere work all day to come home to daily household chores. The responsibilities are more equally shared. There isn’t the same kind of pressure on women to marry to live comfortably. Young people want to travel, to better their education and find themselves before finding a wedding dress.

Now, everyone has the choice to lead the life they chose. And it seems people have decided to postpone marriage. The CSO revealed the marriage age for Irish people is at an all time high. On average, men marry at the age of 35 and women at 33. Interestingly this hasn’t affected divorce rates. Ireland reportedly had the lowest rates of divorce in the EU in 2015. So, they must be doing something right.

Marriage may present itself as an impractical tradition nowadays, but we cannot deny our natural instinct to want to find love and companionship. Look at the latest royal engagement, for example. Prince Harry and Suits actress Meghan Markle announced their engagement back in December and the whole world waited for the pair to share details, dates and doting pictures.

The reality is we love love. Maybe it’ll take a little longer than it took our grandparents to find love, but we’ll get there in the end. We don’t go to dances in the town hall anymore to find a husband or wife. We go onto Tinder. Swiping right instead of asking for a dance is a little different, but still effective. 26 million matches are made every single day on Tinder. That seems like good chances of finding the one to me!

At the end of the day, we’re co-dependent people. Although we might not want to admit it in the middle of setting the foundation for feminism in society, marriage is still hugely important to a lot of young people. We’re conditioned to crave love, thinking it will somewhat complete us. It’s inescapable. Just like those questions from relatives at Christmas asking if there’s “a fellah on the scene”, or “do you know there’s a rip in your jeans?” Simply inescapable.

In ten, fifty and even a hundred years from now I expect people still to be posting on Instagram gushing about their engagements. Marriage signifies a promise between two people that they will eternally love each other and as times get darker and hope fades, a dainty ring will catch the light and shine. We may be marrying older, but the tradition is still there and will be for a very long time.