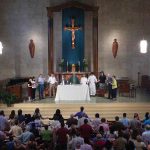 On Wednesday 26 October, Irish Facebook servers went into overdrive. The cause? A seemingly-innocuous event page for a Sunday mass hosted by a page entitled Sunday Morning Mass on RTE was essentially transformed into a giant millennial forum into which the ‘dankest’ of memes were poured for all to gaze at in wonderment and awe. At first glance, it looked like a legitimate … END_OF_DOCUMENT_TOKEN_TO_BE_REPLACED 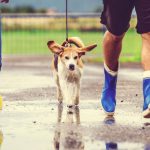 Every student dog owner has been there at least once. You’re getting your possessions together on a Sunday evening for the journey back to Galway. In the midst of grabbing your washing, getting a few frozen dinners from Mammy and finishing off an essay due the following day before heading out the door, you do the unforgiveable: you forget to say goodbye to your dog. A terrible … END_OF_DOCUMENT_TOKEN_TO_BE_REPLACED

From a very young age I was raised to believe that I would find love just like the princesses I read about (I was always Belle from Beauty and the Beast). Although, in 2016, there aren’t many evil step-mothers, dragons or tall towers for princes to save us from, are there? So where are the boys at? On Tinder. I don’t know about you, but I have never actually heard of anyone … END_OF_DOCUMENT_TOKEN_TO_BE_REPLACED 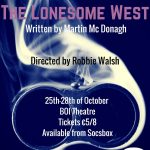 Robbie Walsh arrives an hour before his rehearsal is scheduled in Áras na Mac Léinn’s Art Room, a secluded calm contrasting to the foyer’s graduate-brimming storm. He awaits his actors, cool and composed, a seasoned director for NUI Galway’s Dramsoc. This Semester, Walsh is assuming the director’s chair again for his favourite play, The Lonesome West by Martin McDonagh; a … END_OF_DOCUMENT_TOKEN_TO_BE_REPLACED 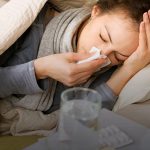 I have nothing else to give. This thought crosses my mind at least five times during the average college day. Being realistic, every college student probably thinks that around week six of the semester anyway. But for a student with a chronic illness this thought, the concept of giving up, runs much deeper and holds an honesty which is, frankly, painful to … END_OF_DOCUMENT_TOKEN_TO_BE_REPLACED