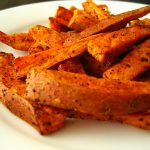 We’re all students. It can be near to impossible to squeeze vegetables into our diets when we’re on a budget, have minimal free time, and absolutely no clue how to even cook in the first place. Generally the go-to is a pack of twenty cent noodles or a few waffles thrown in the oven. This one time I cooked a spaghetti with chicken and veg stir-fried in and christened myself … END_OF_DOCUMENT_TOKEN_TO_BE_REPLACED

Newcomers rose to the top, but old favourites stole the limelight; the 68th Primetime Emmy Awards left no stone unturned as outspoken speeches made headlines of their own right. The People vs. OJ Simpson: American Crime Story (albeit a bit of a mouthful) dealt the biggest blow to the trophy-case, stealing five of the major awards, including four acting awards and the award for … END_OF_DOCUMENT_TOKEN_TO_BE_REPLACED 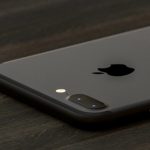 It’s September, and we all know what that means. Leaves are beginning to fall, fresher’s flu is plaguing the majority of the student population and Apple has released its latest additions to the iPhone family. The iPhone 7 and iPhone 7 Plus are being tipped as the greatest ever smartphones, surpassing pre-order sales on “that-is-so-last-year’s” immensely popular iPhone 6 … END_OF_DOCUMENT_TOKEN_TO_BE_REPLACED

Shop Street has always been well known for its busy and buzzing atmosphere and wide variety of buskers at each and every corner, but now Galway City Council will be addressing the need for a Code of Conduct for buskers in the coming weeks that may change the busking experience for everyone. Mikey McCrory, of Mikey and the Scallywags, along with other street performers have … END_OF_DOCUMENT_TOKEN_TO_BE_REPLACED

This is a new feature Equality Matters that aims to bring you stories from all over campus, the likes of which you might not hear all that frequently. The idea is that these pieces will deal with how people may experience college differently, possible challenges and discrimination they may face and how we can all help make this campus a more accepting place! … END_OF_DOCUMENT_TOKEN_TO_BE_REPLACED