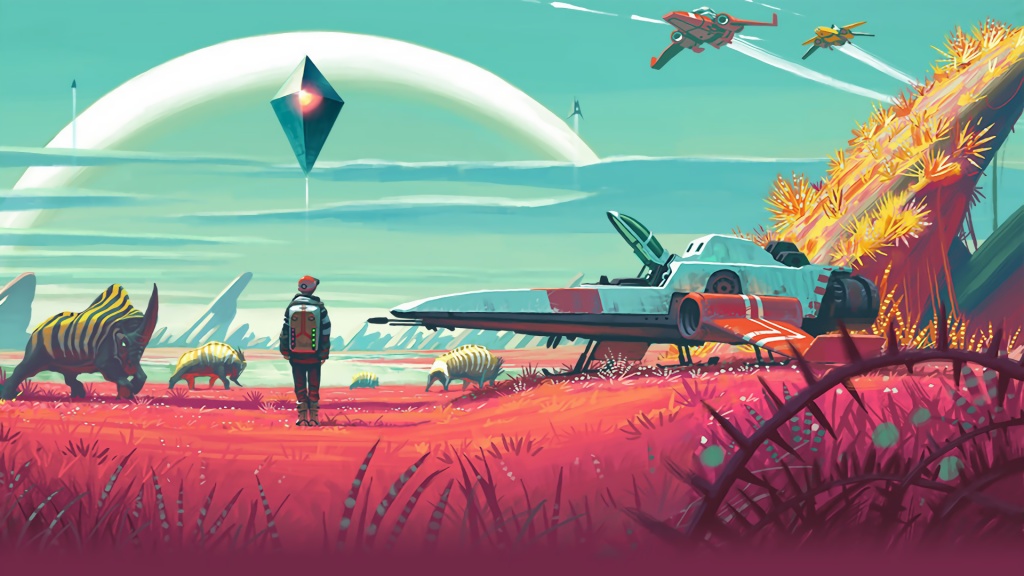 After months of speculation, perhaps the most anticipated new PlayStation 4 title of 2016 has been given the release date of 21 June.

No Man’s Sky has been eagerly awaited ever since it was first presented on stage during the Sony PlayStation conference at the Electronic Entertainment Expo (E3) in 2014.

The game is being developed by Hello Games studio, led by the studio’s Managing Director and game developer Sean Murray. Murray, originally from Cork, has been the public face of the game throughout its development.

His journey into the collective gaming consciousness began with his computer science degree from University College Cork before he became a Lead Programmer at Criterion Games, a studio owned by Electronic Arts.

There, he contributed to games like Burnout 3 and Black. Following this, he moved to Kuju Entertainment where, in 2008, he and four friends decided to set up their own studio.

In an interview with the Irish Examiner, Murray said, “One of the lads on the team had a box of toys from his parents’ attic and we were using them to create game scenarios. We were looking at the transformers to see how they moved.

“Then we saw the Evel Knievel stunt cycle toy, and we spent the first week in our new offices firing Evel Knievel out of windows and through the doors of the other offices.

“We started to think about what this guy would be like, [someone] who constantly crashes all the time and still gets back up. We started to form ideas around it.”

With this playful and adventurous spirit, Hello Games was born and, just two years later, after Murray sold his own house to finance the company, Hello Games studio released their first game Joe Danger to critical acclaim.

In the same Examiner interview Murray said that making a smaller scale downloadable game like Joe Danger made it possible for “first-time studios of [their] size [to] get a game out.”

Since this time of limited ambition, the studio has clearly decided to (ahem!) aim for the stars.

No Man’s Sky has captured the imagination of gamers worldwide not only for its appealing ’70’s sci-fi cel-shaded aesthetic, but for its bold claim of providing gamers with a potentially “infinite procedurally generated universe” to explore.

Speaking to gaming website IGN, Murray gave a technical demonstration of how large a single planet is in this procedurally generated game. He said, “I can walk and walk in any direction for days and days and weeks and weeks if I want. I can walk all the way around the planet and come right back to where I started.”

But there’s more, each planet’s environment is populated with flora and fauna, all unique to that world, that change dynamically over time and can be interacted with.

And when it is, the scope and sheer scale of this game becomes apparent. Naturally, the question that must follow on from this (no pun intended) astronomical figure is, how can Hello Games fill these planets with interesting and engaging content without near-constant repetition?

Indeed, this has been the central question behind the coverage of No Man’s Sky by most games media outlets; what exactly do you do in this endless playground of planetary systems?

With the announcement of this release date, more tantalizing details on this thus far elusive game-play have been revealed. There are different alien races and factions in the game that you can ally yourself to.

Murray promises, “You can trade, you can fight, you can explore, [and] you can survive. It’s a giant sandbox – a universe-sized sandbox.

“We’ve always talked about having factions in the game. It’s something we’ve always wanted. We had ideas on how we wanted that to fit in No Man’s Sky, but it’s taken us a while to get to the point where we’re happy enough to show it.

“The nice thing about it is that the NPCs [non-playable characters] are divided up into different races. So one race is perhaps more focused on exploration and science, and knowing that helps you decide how to best interact with them.”

In a video game industry that relies more and more on sequels to previously established properties in well-defined genres, No Man’s Sky is something truly unique; a new idea.

If it delivers on this promise, then it may come to define this generation of console games; and yet, it fills fans with a sense of wonder and trepidation in equal measure. Could it possibly be as good as it sounds?

In the spirit of adventure that this game and the studio behind it seek to inspire, on 21 June, many fans will be willing to take the risk and go on this journey of discovery with Sean Murray and the rest of the Hello Games team.

The chance to explore the universe that they’ve created is far too enticing to pass up.