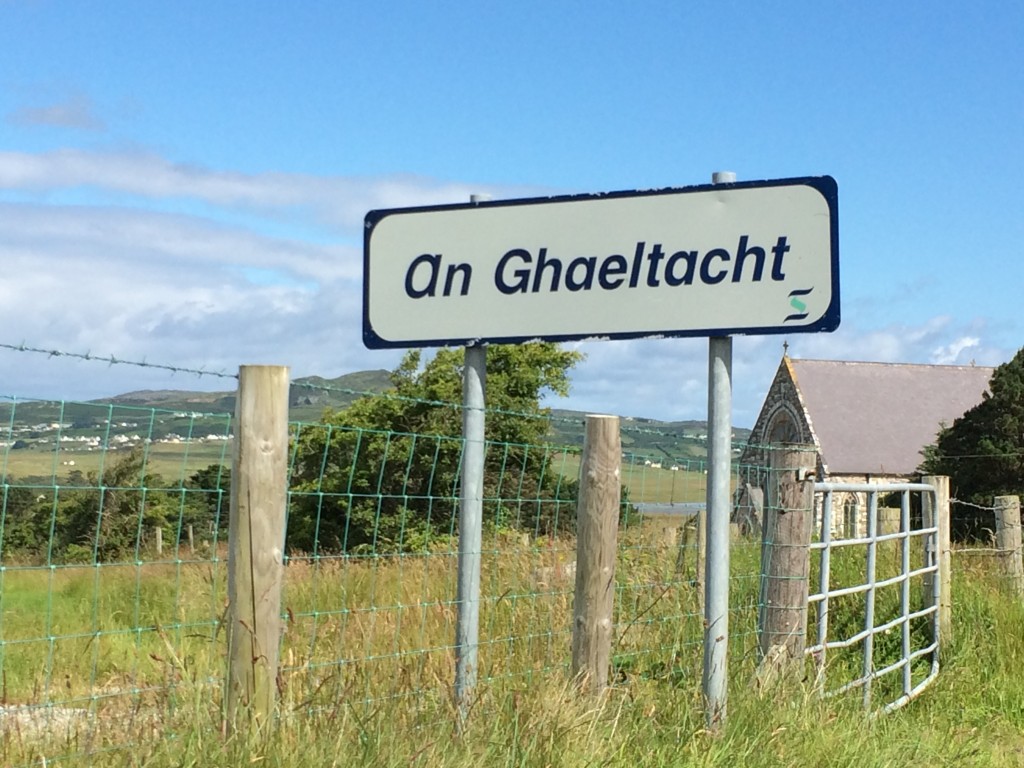 The question of the importance of the Irish Language in Ireland has been a hot topic for the past few years, from the controversial proposal of Fine Gael to consider moving the Irish subject from compulsory to optional in second level schools and the decision of Enda Kenny to employ Joe McHugh, a non-Irish speaking TD as the minister for Gaeltacht affairs, to name a few.

However despite the many problems the Irish language has faced, the language is still strong. According to UNESCO, the United Nations Cultural, Scientific and Educational Organization, the Irish language, is in fact one of the 10% of the world’s minority languages which is deemed safe from immediate extinction.

Fine Gael’s proposal was declined and the TD for Gaeltacht Affairs Joe McHugh has now immersed himself in the language and would be considered fluent. However, although the Irish Language has a community of over 600,000 speakers in Ireland, with 77,000 Irish people claiming to use the language daily, the number of children attending Gaelscoileanna has dropped in recent years.

The USI (Union of Students in Ireland) stressed the importance of bilingualism in children’s education in order to encourage parents to continue to send their children to Gaelscoileanna to keep the native language alive as well as to thoroughly enhance the child’s cognitive abilities.

“The mental gymnastics needed to constantly manage two or more linguistic systems increases cognitive flexibility and makes learning easier,” said Dr. Dora Alexopoulou from the Department of Theoretical and Applied Linguistics in the University of Cambridge.

Julian de Spáinn, spokesperson for Conradh na Gaeilge, said; “We believe that all children should have the opportunity to be educated bilingually as there are linguistic, educational, social, cultural and personal development benefits for children.”

Despite the strength of the language, the language has faced many difficulties and hurdles, with many voices across Ireland believing that the Irish language is dead, unnecessary and that much of the Governments funds are being wasted in trying to encourage and rejuvenate the language on programmes such as the ‘Stratéis Fiche Bliain’ and ‘Conradh na Gaeilge’.

This negative outlook on the language may have affected the decline in numbers of the Gaelscoileanna where according to the Department of Education 27.5 per cent of primary school children went to Gaelscoileanna in 2013/2014, compared to 26.8 per cent in 2014/2015.

Gaelscoileann however, do not just benefit the strength of the child’s language ability, the many benefits of Gaelscoileanna lie mainly with the cognitive developments of the children.

“Apart from the fact that fluency in our national language is a vibrant expression of our national identity, and preserves the direct descendant of one of the most ancient languages in Europe, dual language immersion provides a unique and powerful opportunity to strengthen children’s highest cognitive brain potentials through deliberate literacy development in two languages and authentic exposure to rich linguistic experiences,” said USI President Kevin Donoghue.

“While the fall in primary school children attending Gaelscoileanna isn’t very dramatic, USI is encouraging parents across Ireland to consider sending their children to a Gaelscoil or a bilingual school because research shows that development of literacy in two languages has numerous positive effects for students including increased understanding of maths concepts and problem-solving; resistance to Alzheimer’s and other forms of dementia; and a greater cultural awareness.”

For a language which has been so close to extinction following the death and migration of its many native speakers in the 19th and 20th century, its strength is little less than miraculous and the onus falls on us to maintain its strength and fight against further decline.