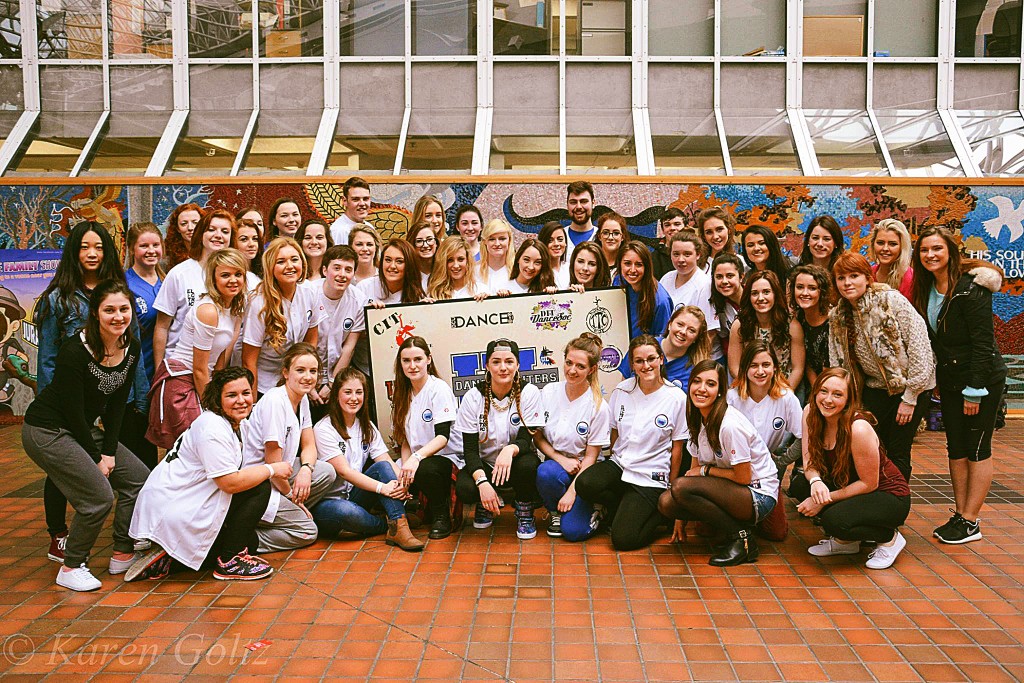 DanSoc invites students and alumni to put on your dancing shoes

There’s something for everyone in NUI Galway’s Dance Society, according to the society’s auditor, Ryan McCarthy, who has extended an invitation to students and graduates of the university to join one of its fastest-growing societies.

Run in accordance with NUI Galway’s Societies Office, DanSoc aims to provide a safe and creative space for students and graduates to learn how to dance, exercise or just meet new people while taking part in various dance classes, including Hip Hop, Irish Dancing, Contemporary Dance, Ballet and Jazz.

“As a student society, DanSoc thrives on an influx of fresh, new faces and new talent. If you have a good ear for music, a good eye for design or you pride yourself on your moves, then we have a place for you,” said Mr McCarthy, who has been part of the society for four years now.

Ryan himself never envisioned himself joining DanSoc when he started college. But when he went to the Societies Day, the friendliness of the society members and the great music coming from their stand was too much to resist.

He went to one of the classes “as a joke” and “never looked back”. They were so welcoming, he said, and it didn’t matter that he wasn’t a dancer. Four years later, he’s the auditor of the society.

“We have dancers that have been dancing ballet and contemporary since they were four and people who have never danced before. It’s one of those societies that’s just very open to all standards and all walks of life,” he said.

“No matter who you are, you’re going to be welcomed with open arms. And that’s something that we’ve held near and dear for the last few years, and this year, we want to expand it a little bit more. We’re thinking of holding workshops for kids and bringing them in and just teaching them a couple of eight-counts and getting them active – getting the brains working a little bit and get that creative side flowing.”

DanSoc has a core group of 40 or 50 dancers who get on really well. But there are several other society members who come to the showcases and events, and show their support at the national competitions.

“It’s a community and that’s what I loved about the society when I first came into it. It was that immediate sense of community.

“It changed my whole perspective on college and the college experience. And it changed my whole attitude towards fitness as well. Fitness does not at all have to be going to the gym and lifting weights and going for a half an hour run and trying to beat 5k or your personal best. It’s fun and you meet some great people.”

Because the society has such a variety of classes – from ballet to jazz, hip hop to Zumba – the society meets seven or eight times a week, with many of its members enjoying the society so much that they go to every class.

And then there are those who don’t dance at all. Surprisingly, you don’t have to dance to be a member of DanSoc. While there are many dancers in the society, who love to perform on stage and compete in the intervarsities, there are many who bring other skills to the table.

“So this year we’re trying to take advantage of the few people we have at the moment and have them hold workshops, so if you’re not interested in dancing or you don’t want to perform, you can end up doing our DJ workshop, which will probably end up being in collaboration with the DJ Society.

“We’re going to try and get Style Soc in and we hope to do a fashion show that will get them involved. So we have big plans for getting people involved who aren’t dancers. Because I didn’t think I was a dancer. I ended up fitting into the dance side of things, but I’m very interested in music production, so that’s a route that I’m hoping to go down this year.”

The society has been growing from strength to strength over the last number of years. Two years ago DanSoc had around 700 members. Last year that number was upward of 1,000 members. This year, the DanSoc committee are hoping to increase that number again.

Those interested in dancing, mixing music, having fun or even competing at a national level in one of the six styles of dance can get more information on the DanSoc Facebook page or by emailing dansoc@gmail.com.