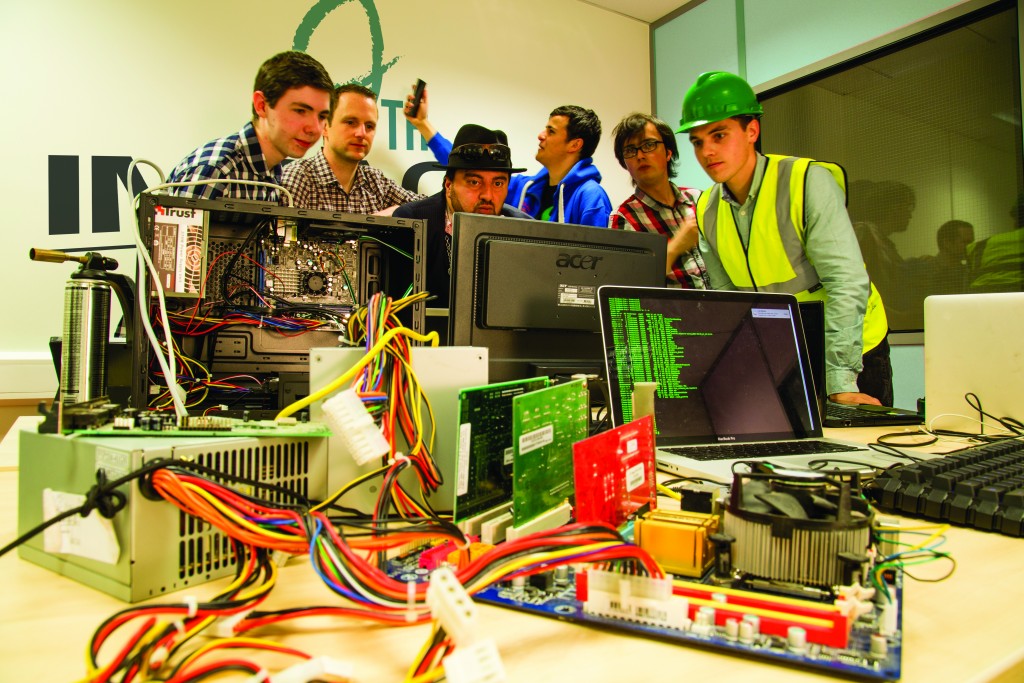 In 2009, Angry Birds started to take over the world. In 2013, Flappy Bird became an international obsession. So it comes as no surprise that mobile gaming has become a huge deal around the globe over the past few years.

These days, you can’t get on a bus without spotting at least one person wholly focussed on the small device held in the palm of their hand; one finger pulling a very angry bird back across the screen with a concentration that would serve them well in university if they would only put it to good use.

Games can be bought on a smartphone for less than a bag of chips these days. In fact, some of them are completely free if you can handle the ads that will pop up from time to time. Because of the cheap prices, these games are more likely to hook players than the latest Xbox or PS3 game that retails at about €60.

And now, thanks to the growing nature of this gaming subculture, Galway has produced its own award-winning game development studio, 9th Impact, which has already created two exciting games available on iOS and Android devices.

“9th Impact was set up in 2014 by the coming together of a Galway coder, designer and entrepreneur with a vision to create a games studio that would develop fun mobile games that people pick up and play when they’ve a few minutes to kill – but will real attention to small details and innovative, interesting or quirky differences, unique to each game,” said Jonathan Kelly, who holds the title of ‘The Outlaw’ at 9th Impact.

“The company operated from the living rooms of the founders’ houses until May this year when, with the support of the Galway Local Enterprise Office, the company moved into full-time offices at the Galway Technology Centre and expanded employee numbers to six.”

The team comprises mostly NUI Galway alumni and students, all with a background in gaming and game development, and all with a passion for creating exciting games for our favourite handheld devices.

“Our Head of Development, Finn Krewer, has been developing video games since he was in Gort Community School and worked in PopCap Games before returning to NUI Galway to undertake a PhD in Electronics & Computers,” Mr Kelly explained.

“Fabio Stara has designed everything from Ferrari advertisements to software interfaces and worked in Galway company SourceDogg, for some years with Mark Quick. Mark is also an NUI Galway Engineering graduate, undertaking a Masters in Software Design & Development in NUIG, and we have two other junior developers currently completing Electronic & Computer Engineering in NUIG.”

9th Impact has already created two mobile games, since its establishment in 2014. NinjaGo Endless Runner was launched earlier this year and has already been played more than three million times; and the company’s latest production, Robotory.

“Endless runner is a popular type of mobile game where the character is running in-screen, avoiding obstacles. But our version improved the game controls by making them more like a familiar Nintendo DS, where you hit buttons with your thumbs rather than most games on mobile phones, where they player swipes to move.

“We also payed huge attention to all the little details to make sure we had an authentic ninja storyline, place names and weapons.”

The latest release, Robotory, was inspired by the team’s love of classic games, which they grew up playing on ZX Spectrum and Comodore 64s.

The team’s dedication to their work paid off last year when they became the proud winners of the People’s Choice Award at the2014 Game Jam, which was held in NUI Galway.

“The Game Jam is a one-day event where teams compete by designing and building a game in one day. It’s a lot of fun, but also it’s a great teambuilding exercise for us,” said Mr Kelly.

“Because the timeframe is so short, one of the important elements is that everyone on the team – planners, storywriters, graphic artists, coders – has to work together and communicate well.

“We created a game based on a fictional character, called Mr Adams, escaping from prison. And the player had to fly the escape balloon to safety. At the end of the day, each game is played by each other team who vote for their favourite and we were delighted to be voted by most teams as best game.”

There are many pros and cons to setting up a business in Galway, whether it be a game development company or otherwise, and a high level of support is essential to the success of any start-up. Fortunately, the 9th Impacters have made the most of their experience.

“Galway has been a great place to set up from a talent point of view. We have a world-class team here, designing and coding games which are already ranking in the top 10% of all games in the App Store by download,” said Mr Kelly.

“Galway Local Enterprise Office was incredibly supportive and crucial in getting the company established. The Galway Technology Centre is a vibrant space with loads of other tech start-ups who we interact with, so these elements combine to make Galway an almost-perfect eco-system.”

But Galway is only a small city in the grand scheme of things, so setting up 9th Impact was a process that was not without difficulties.

“The major difficulty with Galway is that there isn’t an established network of angel investors with experience in investing in game studios like you would have in London, Helsinki, New York or California.

“If someone is a traditional investor in property or business-to-business software, it can be a difficult transition for them to understand the economics of games which have a higher risk and reward profile.”

Despite those difficulties, 9th Impact are doing very well for themselves. With one award and two games under their belt already, this company can only get better as the mobile gaming culture continues to grow.

NinjaGo and Robotory are available on iOS and Andriod devices.