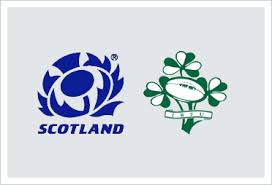 It’s the final round of matches in this year’s RBS Six Nations and it’s going right to the wire.
Ireland’s defeat to Wales, in Cardiff last week, has turned the race for the title on its head, as three teams (four teams if you’re an optimist or French) go in search of silverware.

Ireland need to win and win handsomely if they are to claim a Championship in a second successive season. They travel to Scotland who will do everything in their power not to be crowned this year’s Wooden Spoon winners. (KO 14:30)

Defeat to Wales last Saturday for Ireland derailed their attempts at a second Grand Slam in six years, but not their status as Six Nations Champions just yet.

Joe Schmidt makes two changes to the starting XV that was beaten 23-16 by Wales almost a week ago. Luke Fitzgerald and Cian Healy come in for Simon Zebo and Jack McGrath respectively. McGrath drops to the bench, while Zebo has dropped out of the 23 man match-day squad entirely.

“Simon has started the last nine Test matches for us, played throughout the Six Nations. He is showing a few signs of wear and tear, a few niggles. We just wanted someone who was at one hundred per cent.” said Schmidt, after he announced his starting XV the media.

“There is a bit of disappointment and at the same time probably a little sense of relief as he has been showing those signs of wear and tear.”

Schmidt’s words may come as some comfort to the 25-year-old Munster winger who has played in every Six Nations game thus far. Wear and tear maybe, but it does not hide the fact, that Zebo has been simply dropped.

Leinster’s Luke Fitzgerald now gets his chance to lay down a marker and make a claim for the number 11 jersey ahead of September’s World Cup.

Fitzgerald, who has been besieged by injuries, hasn’t played for Ireland since coming on as a replacement against New Zealand in the autumn of 2013. Now injury free and having made string of good performances in midfield for Leinster, the 27-year-old gets a start on Ireland’s left wing.

Jack McGrath can count himself unlucky not to make his 17th cap for Ireland, despite having an impressive tournament at loosehead prop, Healy’s unrivalled power and aggression has proved too tempting for Schmidt to leave out.

“Jack was disappointed as he feels he has contributed really well. I can’t dispute that. It’s a role reversal. We’re lucky to have two effective loosehead props who offer real value around the pitch.”

Ireland are sandwiched in between the Saturday’s kick-offs, as Wales take on Italy in Rome (12:30) and England play host to France at Twickenham (17.00).

Ireland will go into their clash with Scotland knowing the result of Italy v Wales which will give them somewhat of an advantage, but with England kicking off after, it’ll be a case of stick or twist against the Scotsmen.

Despite playing an attractive brand of running rugby, perennial Six Nations strugglers Scotland, face the prospect of adding a fourth wooden spoon to their trophy case, as they are winless in the years Six Nations.

“[Ending up last] is not what we set out to do. But we have an opportunity this weekend not to do that.” said Scottish captain Greig Laidlaw.

“We’ve got one massive game this weekend that us as a Scotland team and coaches are desperate to win – for the jersey, for ourselves and the supporters, who have been magnificent.”

Scotland head coach, Vern Cotter makes only two changes to the team that lost to England

Glasgow Warriors duo, Adam Ashe and Ryan Grant, have been promoted from the bench to start against Ireland. Ashe replaces Rob Harley on the blind-side flank, while Grant comes in for Alasdair Dickinson at loosehead prop.

If Scotland are to get their first win of the tournament and dash Irish hopes of back-to-back Championship’s, they may look to full-back, Stuart Hogg, to provide inspiration and an attacking threat.

Hogg has rushed for 369 metres in this year’s Six Nations, clocking up more meters than any other player in the tournament. A British and Irish Lion, Hogg has made the most carries for his team (52) and beaten the most defenders (13). That said, Hogg has picked up just one try all tournament.

While fortune favours the brave, brave may not be enough for Scotland to see out a win against the Irish at Murrayfield, but they may very well be able to frustrate and keep Ireland’s score-count down and in-turn, stop Joe Schmidt from picking up his second piece of Six Nations silverware in as many years.