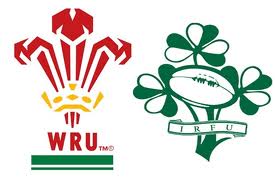 It’s the penultimate round of games in the RBS Six Nations tournament and the headline act is Wales v Ireland. The Irish will be looking to keep their Grand Slam hopes alive as they travel to the Millennium Stadium on Saturday, to face a resurgent Wales. (KO 14:30)

Joe Schmidt makes just one change to the Irish team that defeated England 19-9 in Dublin last time out. Jamie Heaslip has recovered sufficiently after he cracked three vertebrae, having been kneed in the back by French forward, Pascal Pape, almost four weeks ago.

Jordi Murphy drops to the bench despite an impressive campaign thus far and in turn ensures Munster’s Tommy O’Donnell drops out of the match-day squad, such is the strength in-depth at Schmidt’s disposal.

“It’s not the easiest of things as a player to stand on the sidelines, being held on a leash a little bit, probably for my own good,” stated Heaslip on his return to the starting XV.

“I’m a stubborn git. Joe knows that better than anyone. I want to live life at hundred miles an hour. The medical team have been great to get me back on my feet.”

Johnny Sexton is fit to play at out-half, despite picking up a hamstring strain against England. Jared Payne and Sean O’Brien have both recovered from concussion to retain their starting berths in the team.

Ireland go in search of a second Grand Slam in six years. While their style of play, with its large volume of kicking, has been widely scrutinised and criticised, it is still a team that is bubbling with experience, mental strength and an unbeaten run that stretches just over a year.

Confirmation of Sexton’s starting place on Saturday may prove pivotal to Ireland’s Grand Slam hopes. Touted by many as the world’s current no.1 out-half, it is testament to a player who once jousted with Munster legend, Ronan O’Gara, for the coveted number 10 jersey.

Ian Madigan has shown he is capable of top quality performances in green and is adept at guiding Irish teams to victory, but Sexton has proved to be a level above and with his array of consistently precise kicking coupled with his passing and running game, the 29-year-old has now become indispensable to this Irish team.

Another player who may have a say on the outcome of Saturday’s game is loose head prop, Cian Healy. The ex-Clontarf man will be disappointed to miss out on a starting place, with Jack McGrath’s consistency being rewarded with a stay in the team. Healy’s ferocious power off the bench and ability to punch holes in any defence may very well help Ireland eke out a victory in the dragon’s lair.

Warren Gatland’s team sees no changes to the one that outclassed France at the Stade de France a little over two weeks ago. Flanker, Sam Warburton, will captain his country for a record 34th time, overtaking Bristol’s Ryan Jones in the process.

While there are no changes to the starting XV, there are new faces on the bench. Injuries to prop, Paul James and second row, Bradley Davies, will see Scarlets duo, Rob Evans and Jake Ball, taking a seat on the replacements’ bench.

Wales will be buoyed by the fashion in which they dispatched France in Paris, with a comfortable 20-13 win. Leigh Halfpenny’s devastatingly accurate left-boot kicking five penalties and ensuring the win. It will serve as a warning to the Irish, that they must keep their penalty count to an absolute minimum or punishment will be dished out by the diminutive full-back.

Gatland has described clashes between the Celtic nations as having “extra spice” anytime they meet. The Scoville rating of this contest may yet to be seen, but Wales will be motivated in the knowledge that a win on Saturday will see them blow the championship race wide open, giving them every chance of clinching the championship.

“If we win, we stay in the hunt for the championship. If we lose, we are out of it,” stated Wales and Lions centre, Jamie Roberts.

“It is one of those big games that do not come around too often in your career. It is against a team who are the best team in Europe at the moment.”

Gatland and his men will be wary of the challenge ahead, but if Ireland stick rigidly to their current kick-chase game, the tactic may very well play right into the hands of the Welsh team, with backs Halfpenny, George North and Dan Biggar all astute under the high-ball

While the outcome of this affair may not be decided until late on Saturday afternoon, one thing is certain. The iconic retractable roof of the Millennium Stadium is set to be left open. This is the first time during Gatland’s entire reign as Wales coach that he has asked for the roof not to be closed.