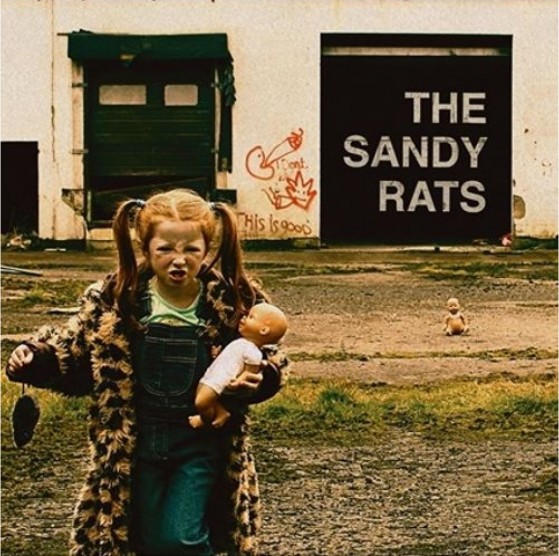 The Sandy Rats are a Galway-based band made up of Dylan Cassidy (rhythm guitar/vocals), John MacNamara (bass/vocals), Shane Rushe (lead guitar) and Peter Conneely (drums). They include the Stone Roses and The Libertines amongst their influences and have been putting in the hours gigging around the city, playing Monroe’s Live and the Citóg music night at the Roisin Dubh. They have now decided to make use of that momentum by announcing the launch of their debut self titled EP.

The EP is made up of four tracks. ‘Dirty Pete’ rolls forward on waves of rattling scuzz, before descending into a cauldron of noise and squall. ‘Good Enough For You’ starts off in deep south country territory before taking a faint reggae turn, lolloping its way along across its three minutes and thirty four second duration. ‘FE’ begins with an ominous rumbling bass line, before guitars kick in to give the song a real sense of energy and forward momentum. ‘Send You On Your Way’ is a shuffling bundle of fretwork and riffs. Essentially, it’s rock and roll played with speed and style, and if that’s your bag you’ll find plenty to like here.

The launch of The Sandy Rats EP is on March 13 in The Cellar Bar on Eglington Street. Doors open at 21:00, tickets cost €5 and support is provided by We Are Ruffians and New Pope.