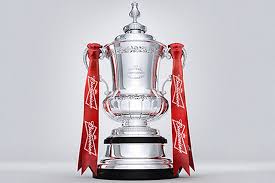 Tonight’s game between Manchester United and Arsenal could prove to be nostalgic with fans of both clubs as they cast a glance back to the previous meetings between these two clubs in the FA Cup.

Most notable for United fans would be the extra-time victory over the Gunners in ’99; Giggs’ wonder the highlight in what was a thrilling encounter. While for Arsene Wenger’s men revenge was had in the 2005 final as they took the trophy on penalties, winning 5-4 after holding a dominant Red Devil’s side scoreless.

However, both teams are a far cry from their former selves and while they are involved in a Premier League battle with each other it is only for the Champion’s League places and not the league title as was the norm so many years ago.

So will tonight be one for the romantics? A throwback to yesteryear and a chance to forget about their lower league standings if only for 90 minutes?

Perhaps, but it extremely doubtful and very optimistic to think so.

Man Utd come into this fixture having only lost two games in their last 22 in all competitions but in reality that flatters them. They have been lethargic in their play and have not had a front man to provide that clinical edge that used to put fear into so many opponents. Even the move of captain Wayne Rooney from midfield to attacker hasn’t had the desired effect.

While they have had slight improvements in their performances – most notably against the two Geordie sides, Newcastle and Sunderland – it has come as a result of tactical changes; Adnan Januzaj replacing Angel Di Maria to give Louis van Gaal’s side width against the Black Cats and that same substitution last Wednesday night at St. James’s Park.

Against Arsenal, however, there will be no room for poor selection of tactics. They are a team who are coming into form and have picked up 21 out of an available 24 points in their last eight Premier League fixtures with their only loss coming at the hands of the in-form Spur’s striker Harry Kane.

Their midfield has the ability to dominate games if allowed and if they can get Alexis Sanchez running in behind the defence space will open up for the likes of Santi Cazorla and company.

But just as Utd have problems in their transition from defence to attack, there are question marks over Arsenal’s ability and determination to defend when they lose the ball.

It was seen against Monaco in the Champion’s League almost two weeks ago when Wenger’s side got booed off the pitch after going down 3-1 at home to what can only be described as a mediocre French side.

Geoffrey Kondogbia was the star man that night as he got into the faces and closed down the space of the creative midfield trio of Cazorla, Sanchez and the unreliable Mesut Ozil. That task tonight will be most likely be handed to the young Dutchman Daley Blind. His energy and work-rate could prove pivotal in the midfield battle that once was the main talking point of this fixture.

Of course, it will be in defence where Utd are tested most with there being no rhythm or consistency to their performances. Chris Smalling is starting to assert himself but the jury is still out and the over-reliance on David De Gea is something that not only Utd fans should be worried about but also manager van Gaal.

Marcus Rojo, Antonio Valencia and Phil Jones (in the absence of Johnny Evans due to a spitting ban) should make up the back four tonight but I can already see holes appearing before they line out on the pitch.

Rojo is rash, Valencia is make-shift and Jones has the ability to be world-class or extremely average. Luckily, though, they will only have former team-mate Danny Welbeck to deal with whose work-rate is admirable but finishing leaves a lot to be desired.

Ultimately, this will not be a classic. This will merely be a meeting of two sides who are average at best with most of the football being played on the fringes of each other’s final third. Van Gaal will be cautious as ever while Wenger will play the possession game and these will be two teams that cancel each other out.

If Utd’s defence holds firm or De Gea has yet another award-winning man of the match performance they might just shade it but I can’t see that happening. I expect Arsenal to have too much for the Red Devils and had this been at the Emirates it would go in favour of the Gunners. But Utd’s home form since the beginning of the season has been one of the best in the league – only second to high-flying Chelsea – and that will be the difference between them losing this game or not.