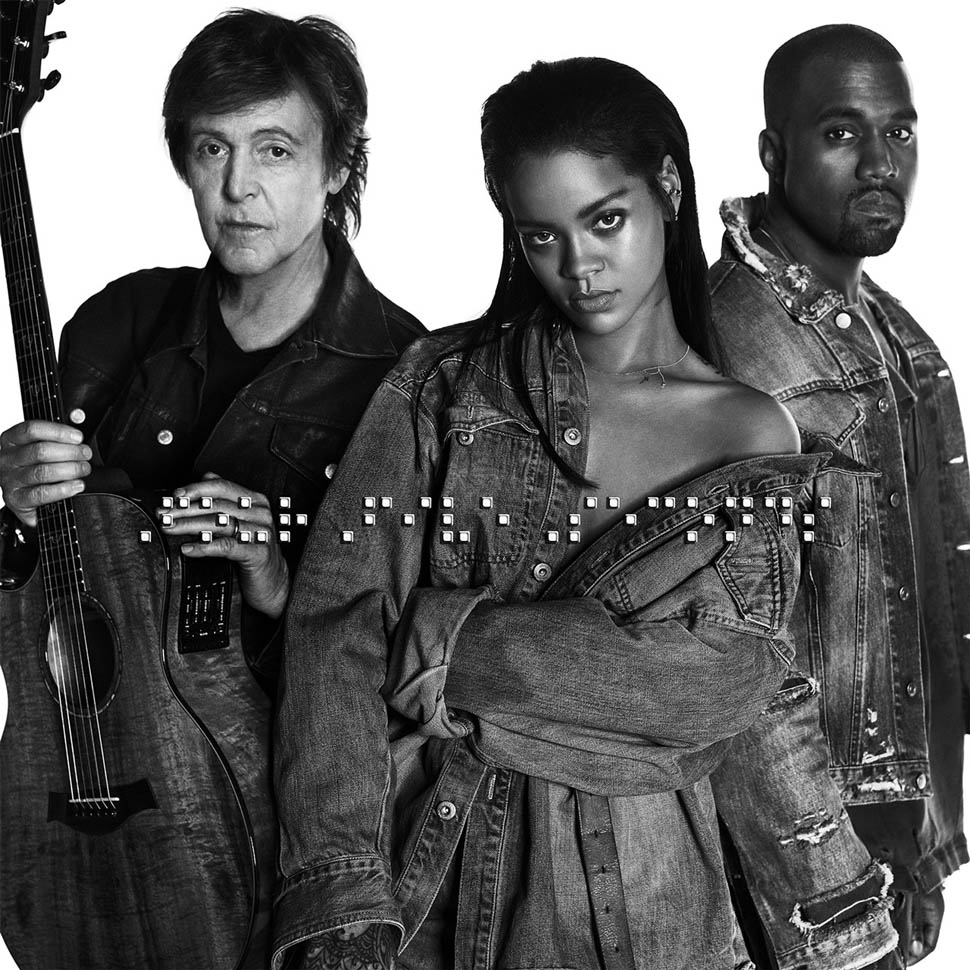 “This Paul McCartney guy is gonna be HUGE after this song”. I don’t know whether to laugh or cry after reading tweets similar to this one by ‘Justin Morello’. Confusion has arisen amongst young Kanye West fans after he released his new single ‘Only One’, a collaboration with Paul McCartney, on New Year’s Eve. This song is a complete new scene, style and sound for Kanye that has left fans calling him ‘The American Mozart’.

Kanye is giving us a chance to listen to his vocals (auto – tuned of course) with meaningful words written about his mother who passed away; the tough and ‘stronger’ rapper lets us into his heart. Although this new style may sound familiar to fans who have listened to tracks from his album 808s & Heartbreak, where he slowed down the pace of his music, it is far from his usual popular ‘that shit cray’ vibe which includes rapping, bass – drops, fast pace music and confusion about what Kanye is actually saying. However, what differentiates this song from all of Kanye’s previous work is Paul McCartney. The soft keyboards playing in the background create a soothing catchy melody; it’s confirmed, McCartney has still got ‘it’. Whatever that ‘it’ is, it’s something completely different to what’s on the radio right now, and I’m scared to admit that the collaboration actually works.

However, the duo’s track ‘FourFiveSeconds’, featuring Rihanna, took my fancy much more. Rihanna’s vocals are more energetic than Kanye in this acoustic, easing melody and are easier to stand after listening to a few times. Don’t worry folks, the chorus isn’t anything like her usual songs (e.g. ‘Only Girl In The World’ or ‘Where Have You Been’), where you’re fearing the bass – drop because you know that’s when the screaming and moaning is about to escalate very quickly. Thanks to McCartney this song has a soft tone similar to ‘Stay’ that actually brings the best out of her vocals. However, I must warn you in advance that there are plenty of the usual confusing lyrics that don’t make much sense. It’s clear to say this unexpected collaboration will have a huge impact on Rihanna and Kanye’s music careers, making them even bigger and better than before. Who is to thank for this? I think we all know the answer to that. Rihanna and Kanye, you guys might be “HUGE” and have had many number ones, but you will never be bigger than The Beatles.