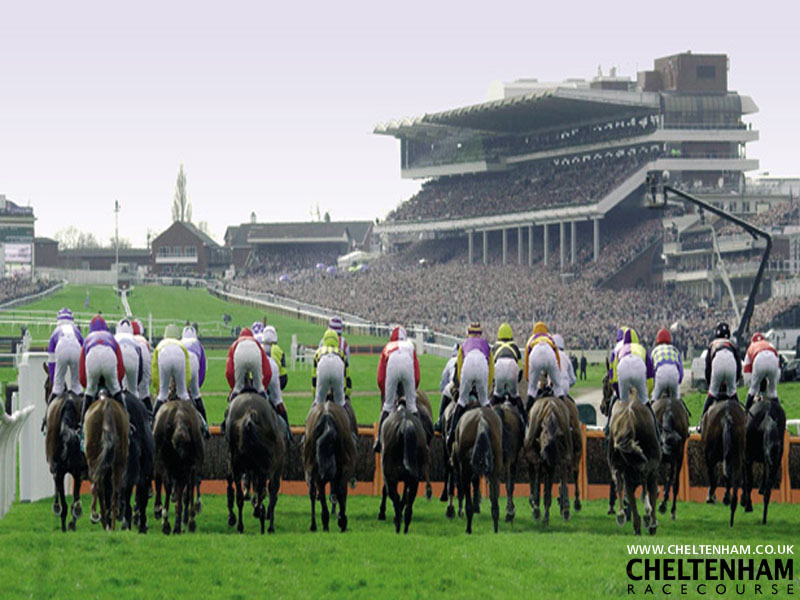 In exactly a month the ‘Cheltenham roar’ will combine with sound of bookies licking their lips in anticipation as horses set of for the supreme novices hurdle at 1.30 on Tuesday the 10th of March.

The big race on the Tuesday is the Champion Hurdle and all the discussion for this race focuses on whether Ruby Walsh will ride Faugheen or Hurricane Fly. If his head rules his heart logic suggests Faugheen is the astute choice.

His race form is incredible with eight out of eight wins including the most recent destruction of the field as he cruised home at Kempton in the Christmas Hurdle. While publicly Walsh and trainer, Mullins, have been withdrawn about Faugheen saying he races far better than he trains and they’re surprised by his form I personally heard Patrick Mullins at the Mulholland’s Cheltenham preview night last year who proved correct in tipping Faugheen as his banker of the week and predicted big things from this horse.

The Fly is a 22 time grade one winner, an 11 year-old veteran who has the support of the entire nation behind him. But he never raced brilliantly at Cheltenham despite his two champion hurdle wins and deserves his 8/1 tag.

Faugheen is brillant but is little value at evens. The New One jumped poorly at Haydock a couple of weeks ago and despite being hampered badly last year looked like he lacked a touch of pace. Faugheen should win but Artic Fire at 16/1 represents e/w value should he run.

Tuesday could prove to be remarkable for Mullins. He runs Douvan in the supreme novices who is the favourite now at 15/8 but will be challenged by L’Ami Serge who could provide Nicky Henderson with a much needed win.

Un De Sceaux should win the Arkle but again is little value at 4/5. If Annie Power runs in the mares hurdle there’s little that can stop her which potentially leaves four winners for Mullins/Walsh on day one alone, a prospective dream start for the Irish.

On the Wednesday we should finally see the long-awaited return of Sprinter Sacre to Cheltenham after missing last year’s festival. He lacked a little sharpness on his return at Ascot and was beaten by Paul Nicholls trained Dodging Bullets who also runs in this race. Depending on how reigning champion, Sire De Grugy, runs at Newbury on February 7th the Queen Mother should be a highly competitive race.

Thursday brings what is probably the most exciting day of racing with the Ryanair, World Hurdle and JLT Novices’ Chase all looking attractive. It’s difficult to know who will run in the JLT but current favourite Vatour has a better chance here than he does of betting Un De Sceaux in the Arkle.

Despite never reproducing the form that saw him win at last year’s festival Dynaste is the favourite for the Ryanair but may actually run in the Gold Cup. Similarly it’s not fully clear where Champagne fever will run so many people have elected to back Don Cossack as their ante-post for this race. However, there are many potential e/w picks in this race such as Menorah 14/1 and Taquin Du Seuil 16/1 who I could easily make a case for.

The World Hurdle is a little straight-forward as it looks like More Of That will look to repeat his win from the same race last year and is clear favourite at 7/2.

Last but not least, The Gold Cup. In terms of quality it’s not the best Gold Cup and represents an incredibly open field which the bookies will love. Silviniaco Conti is currently the favourite after his win on Boxing Day at Kempton but is now 9 years old and still yet to even place at a Gold Cup from two attempts.

After being tipped by Pricewise Holywell and Carlingford Lough went from 14/1 to 10/1 and 25/1 to 14/1 respectively but have since drifted to 14/1 and 20/1 again. Last year’s winner Lord Windermere is trading at 14/1 after two average runs at Leopardstown and Puncherstown. If either Dynaste or The Giant Bolster run they could prove a decent e/w bet at 25/1 and 33/1 respectively but either or both may opt for the Ryanair. It’s all set for an interesting race regardless.

As a closing note, favourites are often turned over and it’s rare to find real value so early. While it’s important to watch as fields take shape I wouldn’t go barging into the bookies to place all your bets yet. Furthermore, landing a 16/1 e/w place will stay pay better than an even money favourite.

Regardless of whether you’ll have a bet or not make sure to enjoy what is always the pinnacle of racing.